4 terrorists killed in separate encounters in Shopian, Pulwama of Kashmir 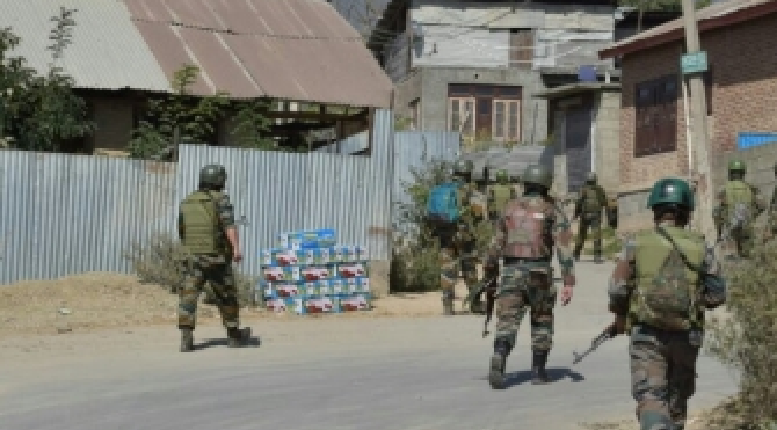 On Thursday evening, an encounter broke out in Shopian town in which three terrorists have been killed while two others are believed to be hiding inside a local mosque in Jan Mohalla of Shopian. Four Army soldiers, including an officer, have been injured in the encounter.

The second encounter started early morning on Friday in Tral area of Pulwama district where 2-3 terrorists were believed trapped. Kashmir Zone Police has said Ansar Ghazwat-ul-Hind (AGuH) chief, terrorist Imtiyaz Shah, has been killed in the encounter in Tral. A search operation is underway.

The Ansar Ghazwat-ul-Hind terror group is named after the  Ghazwa-e-Hind hadith (Islamic religious text) which prophesizes an invasion and conquer of Bharat by Muslim forces just before ‘end times’. The idea of Ghazwa-e-Hind is often discussed on Pakistan TV, and many in Pakistan believe Pakistan was created exactly to fulfil this prophecy.

The gunfight between the terrorists and security forces took place on Friday morning after a joint team of the police and the Army cordoned off the area and launched a search operation on the basis of specific information about the presence of terrorists.

As per IANS reports, 2 terrorists were killed in the Tral encounter, which would make the total number of terrorists killed since yesterday in Kashmir as 5.

So while Pakophile sections of Lutyens’ intelligentsia are celebrating ‘thawing’ of relations with Pakistan over mere recommitment towards the 2003 ceasefire agreement, the threat from Pak-sponsored terror in Jammu & Kashmir remains ever-present.