Woman beaten for 3 days, husband gives her instant triple talaq in front of her parents 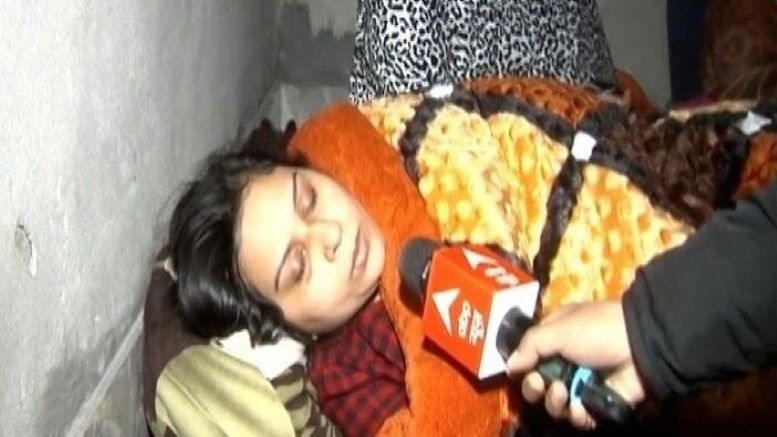 In a shocking event, a 27-year-old woman was brutally thrashed by her husband for three days before being given triple talaq in front of her parents reports ABP News. The incident took place in Delhi and the woman’s husband is absconding. The police have registered an FIR against him.

Gulnaz and the man got married four and a half years ago. However, since she was unable to bear a child she was constantly abused and assaulted by her husband and his family. Later, he began demanding dowry, and when she refused, he beat her up mercilessly. Further, she said that her husband would always issue threats of divorcing her.

This time, Gulnaz was locked for 3 days inside a room by her husband and ruthlessly thrashed. She somehow succeeded in informing her parents who then rushed to meet her. However, her husband gave her instant triple talaq right in front of her parents.

Demanding justice, Gulnaz said that all she wants is that her husband should be punished for his misdeeds. An FIR has been filed by the police against Gulnaz’s husband under various sections of the IPC. Investigations in the case are going on although her husband is on the run.

It has been more than 3 years since the Supreme Court gave the iconic Triple Talaq verdict declaring it unconstitutional, and over one year since the triple talaq bill criminalising the practise became law after being stuck in Rajya Sabha for over 18 months due to objections by ‘secular’ parties.

However, as the Gokulpuri case shows, women are still suffering the cruelty of this form of instant divorce. Often times, it is seen that Muslim women who are divorced in this manner are asked to endure the humiliating practise of Nikah Halala if they wish to ‘remarry’ their husbands.

‘Nikah halala’ is an Islamic practise under which a divorced Muslim woman has to marry again, consummate the marriage and then break it if she wants to go back to her first husband. It is considered legitimate by All India Muslim Personal Law Board (AIMPLB) and many Islamic scholars who base it on Quran verses 2:229, 2:230. It has still not been outlawed in Bharat!

For that matter, triple talaq is still legal in Bharat. It was only instant triple talaq that was banned – yes, a practise that is not allowed even in hardline Islamic countries like Pakistan and Saudi, was legal till last year in ‘secular’ Bharat!

This regular form of triple talaq allows a Muslim man to divorce his wife simply by uttering the word ‘talaq’ 3 times over 6 months (instant triple talaq allowed him to get the divorce by uttering ‘talaq’ 3 times in one go). So no need to negotiate terms with your wife for divorce by mutual consent, or file a case in court for contested divorce, go for counselling, give maintenance etc. Just say talaq 3 times over 6 months, and you are done.

But for a Muslim woman to get divorce under Muslim personal law, she has to jump through various loops and basically has to depend on the understanding of her husband. If her husband doesn’t give his consent, she can approach a qazi for divorce, but even then chances are that she won’t get custody of children or any maintenance (she actually has to return the Mehr which her husband pays at the time of nikah).

We must remember that AIMPLB (All India Muslim Personal Law Board) had batted for continuing the practise of instant triple talaq by arguing that a man could murder or burn his wife alive to get rid of her if the practise was banned! AIMPLB consists of prominent Muslim religious leaders and scholars from Deoband seminary, Jamiat Ulema-e-Hind, Jamaat -e- Islami Hind; lawyers, politicians like Asaduddin Owaisi and PFI founder E. Abubacker, and other professionals.

High-profile ‘secular’ lawyers like Kapil Sibal had represented AIMPLB in Supreme Court over the instant triple talaq matter, and some leading ‘feminists’ had also argued against banning the practise!

Truly, the secular Indian state has mainstreamed and emboldened some of the most archaic, regressive and reactionary elements within Muslim society, and we have a long way to go before Muslim women can be called truly free on par with women from other communities in the country.