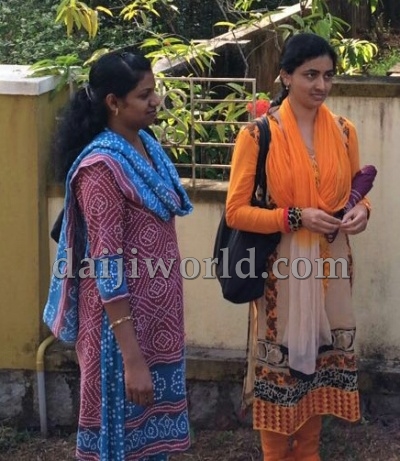 Two women were caught in Udupi district, Karnataka on Monday December 12 for allegedly trying to convert people to a Christian denomination.

According to this local media report –

“The women have been identified as Seneta of Perampalli and Soumya from Mission Compound, Udupi.

It is said that the women had been going door-to-door handing out religious pamphlets to people in the area for the past one week. The women were also collecting addresses, mobile numbers and other personal details from the people, it is alleged.

On receiving information, pro-Hindu outfits along with some locals confronted the women on Monday and handed them over to Manipal police.

The women reportedly belong to a committee propogating beliefs of ‘Jehovah’s Witnesses’. The women were arrested and a case was registered in Manipal police station.”

A couple of months back, 6 missionaries from the same Jehovah’s Witness were arrested in Udupi district as per this news report.

“Members of local Bhramari Yuvaka Mandal and Hindu Jagran Vedike alerted the policemen about alleged attempt by a group of people to convert locals into another religion. The group was on a door-to-door visit in an effort to woo the families into giving their nod for such a conversion, it was said.

Kota police went to the village and took the six persons into custody. Locals, who have condemned the effort made by the group for religious conversion, accused a local, identified as Manjunath Mogaveera, of supporting the group in this illegal act. A car and pamphlets allegedly containing materials seeking religious conversion were confiscated from the group. The people belonged to a religious group called Jehovah’s  witness.”

What is Jehovah’s Witness?

Jehovah’s Witness is a fundamentalist evangelical Christian denomination, which is based in New York, USA. Some of their core beliefs are –

Jehovah’s Witness proselytizes aggressively across Bharat – this writer is aware of their door to door preaching in Pimpri, Pune as well.

And these sects consider themselves ‘peaceful’, while denigrating and dismissing Hindu and other Dharmic beliefs, practises!

While many states of Bharat have outlawed religious conversions by fraud, inducement or force (this has been upheld in a 1977 Supreme Court judgement as well), the reality is that missionaries operate on the ground with brazen impunity. Even if locals protest and intervene like happened in this case in Udupi, police and authorities fail to take any meaningful action – in part because it is difficult to prove that conversions are being carried out through  ‘fraud, inducement or force’. And when a ‘secular’ party is in power like Congress in Andhra & at the centre from 2004-14, missionaries get a free hand to do as they please.

“..less than a dozen persons have ever been prosecuted, and even fewer convicted under these (anti-conversion) laws in all the states put together”

Clearly, the conversion racket is proceeding at full speed across Bharat. When Pentecostal (another rabidly evangelical Christian denomination) church leaders in Punjab claim that Christians constitute 7-10% of the state’s population, they are not joking.

Dispassionate analysis will show us that Christians have grown exponentially in the first decade of the 21st century – while Census 2011 shows the Christian population in Bharat static at ~ 2.5% from the last census in 2001, the reality is that Christians are anywhere around 6-8% today.

“Christian conversion efforts are rooted in Christian theology as the great majority of Christians and all major Christian churches continue to follow it – that Jesus is the only Son of God and there is no other way to reach the Father except through him – that Christianity is the only true religion, and particularly idol worshipping Hindu polytheists have no redeeming spiritual value.”