A tribute to SPB – Dharma loses its melodious voice! 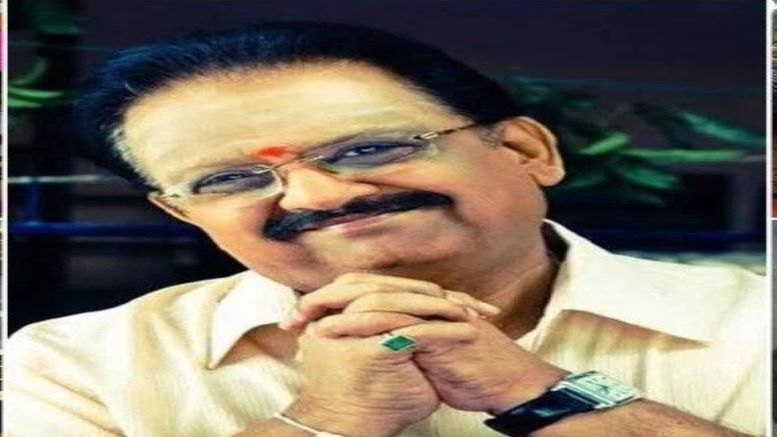 Sripathi Panditaradhyula Balasubrahmanyam or SPB as he is popularly known left his mortal coil and attained the divine feet of his Ishtadev Bhagwan Shiva. While most would love to recall his melodious journey as a playback singer in the world of cinema cutting across several languages, we present the Dharmic side of SPB who endeared himself to industry colleagues and the public alike.

Most might be familiar with the fact that he sang more than forty thousand film songs, however, the probably lesser known information is that he has also rendered over 6000 devotional albums in several languages including Tamil, Telugu, Kannada, and Hindi among others.

Being a bhakt (devotee) of Bhagwan Shiva, he has sung Siva Stuti (praise of Bhagwan Shiva) besides songs on Bhagwan Ganesha, Swami Ayyappa, Devi Durga, Swami Venkateswara, and Bhagwan Muruga. His songs have been popular in Ganesh Pandals and devotees headed for Sabarimala Yatra (pilgrimage to the abode of Swami Ayyappa) chose his songs to make their journey enjoyable.

What made the devotional songs a hit were the dedication, sincerity, and devotion with which SPB rendered them and such attributes are inbuilt in one who is rooted in the Santana Hindu Sanskriti (culture).

He never shied away from his Hindu roots which he proudly displayed on more than one occasion. His family background was largely responsible for keeping him grounded in Hindu Dharma. His father Shri Sambamurthy was a famous exponent of Harikatha (a form of Hindu religious discourse) and it was these inherited genes that made SPB the singer he was even though he never formally trained in classical singing.

Music director Shri MM Keeravani opined that SPB was able to adapt to the needs of the music director which made him a singer par excellence. He also believed that it was SPB’s ability to bring out the divinity in the lyrics through his soulful renderings that brought him as much success as a devotional singer as he had achieved through film songs.

In February this year, he donated his Nellore home to the Kanchi Kamakoti Peetham for a Veda Pathasala (Vedic School). He had formally handed over the property to current Pithadipathi Sri Vijayendra Saraswathi Swami Ji and while speaking on the occasion he expressed his joy at the thought of his house being utilized for the good cause of Vedic teaching.

The same Hindu sanskriti (culture) was on display when he honored veteran singer and his senior colleague Shri Yesudas by doing the latter’s “pada pooja” (washing the feet).

He treated everyone with respect be it his contemporaries, seniors, juniors, and even his fans. There is a lesson in the way he treated people for all of us.

Hindu Dharma teaches one to see the divinity in each individual. Every soul is a manifestation of the same Supreme Being is a lesson which SPB had imbibed as a result of which he displayed humility by touching the feet of palanquin bearers who carry people unable to walk up to the Sabarimala shrine., before embarking on the journey as a mark of respect for their service.

"First you have to be a good human being,only then you can be a good artist"#SPBSIR 🙏🏼🙏🏼 pic.twitter.com/syRNhh5d2B

The mark of a good human being is seen in how he treats others when he is successful and SPB has shown it on more than one occasion. Those who walk the Dharmic path are immortalized despite giving up their mortal coils.

SPB being a Lingadhari Brahmin who had taken the Shiv Panchakshari deeksha (initiation) along with accepting Vanaprastha Ashram (partial-sanyasa) who wore the Shiv Linga he was buried as per the customs of his sect with full state honors that included a 72-gun salute by Tamilnadu Police.

SPB is sure to live on every time an Ayyappa devotee heads to the divine Sabarimala Shrine or when a Shiv bhakt immerses oneself in the “Om Namah Shivaya” chant or when a Muruga devotee listens to the soulful “Saravana Bhavane” or when a Tirupati Balaji bhakt enjoys his renderings on Swami Venkateswara or when a Dharmic is mesmerized by one or more of the more than 6000 devotional albums sung by the soulful SPB as much as a film buff enjoys his romantic and dance numbers.

After Kitex, film shootings being shifted out of Kerala