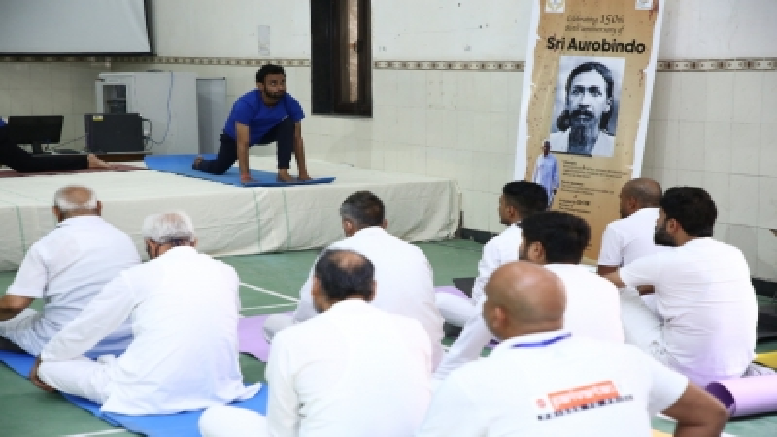 The inmates of Asia’s largest prison — Tihar Jail — will be taught the techniques of Yoga and meditation for the next three months to promote the spiritual growth and evolution among the prison inmates, an official said on Tuesday.

Director General (Prisons) Sandeep Goyal told IANS an inaugural function was organised in Central Jail No. 2, Tihar, to launch a Yoga and Meditation programme for the inmates of Delhi prisons.

“The programme will include the teachings on the life and philosophy of Sri Aurobindo,” the top prison official said.

It was learnt that the programme was launched by Satsang Foundation, an organisation founded by Shri M and working in the field of spirituality.