The Woke-bullying of our Hindu American children: Media narratives & the school years 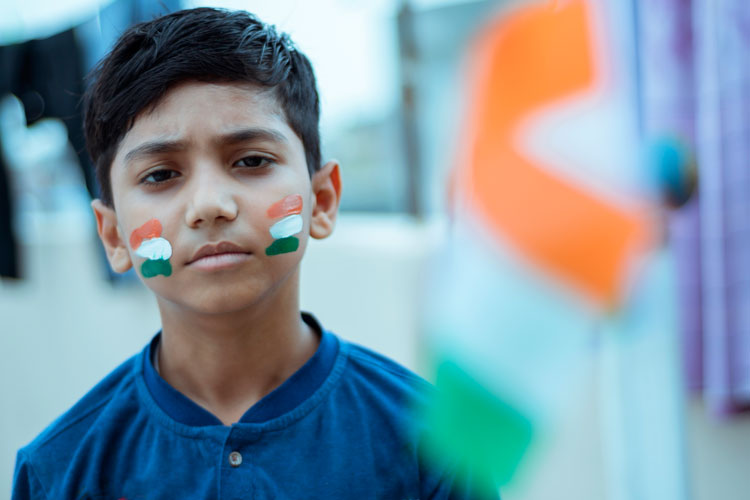 “When you’re eight in America and your parents grew up in a different country, it’s not exactly the same as it is for other eight year olds. Sometimes, when you’re around eight, you start thinking that you need to protect your parents from the truth of what this place is.

Sure, you’re still a kid, and they still watch out for you. But you need to watch out for them, too, because around the time that you’re eight (or six or ten) you realize that even though they’re brave (braver than you realize then) for leaving everything they know and coming here, and brilliant for being able to carve out a new life and build new roots, they’re also innocent. And if they knew that they left everything to follow a dream they had (which included making sure you would be happy in school here) and then discovered what it was really like for you here, it would break their hearts.

If they knew that the things that are the very core of our family and home are a joke or a footnote or an exotic trinket that’s put on a shelf in school…you don’t want to see their faces when they realize what that means.

Or maybe they wouldn’t even understand how that feels to an eight year old kid (or six or ten) because they didn’t grow up like that. When they were six and went to school, maybe it wasn’t perfect, but at least they were normal and their teachers looked like them and didn’t seem sad at them because they don’t celebrate Christmas or something. They don’t know what it’s like to be eight and be on a shelf at school. Or to go to school when you look kind of like the children that Sally Struthers wants the white families to save from the wretched conditions of their dark homelands with just ten cents a day. So maybe it’s not just about protecting their innocence. Maybe it’s because there’s no way they could really understand.

When you’re eight and your parents grew up in a different country, you’re trying to hold two countries in your heart because you don’t want to betray your parents or your friends, and it feels like you’re bursting open because you’re full of secrets about two countries — and your school and parents have no idea how big those secrets are inside of you. And you have to protect your parents from the truth of what this place really is like for you (you just tell them a little bit of the bad and scary parts) because if they knew they would be sad and confused and you can handle it for them because you love them and you don’t want to see that look in their eyes when an American talks to them like they’re an idiot and they have to smile and make it comfortable for the stupid American.

When you’re eight in America and your parents grew up in a different country, you begin thinking that they have already done so much for you and that you have to do this for them, even though they don’t know that you’re doing it.”

About a month ago, I was Zoom-hanging with some Hindu American middle and high school students. Some of them had read a letter I had written to Hindu Indian American parents and had invited me in to a conversation. At their request, I started by sharing my own experience of growing up in the 70s and 80s as the child of Bharatiya Hindu immigrants in suburban New York. I told them that nobody really knew what Hindu Dharma was and so we could just sort of fly under the radar. The way my parents shared Hindu Dharma with me and my sister was juicy with love, humanity, inquiry, and discourse. It was contemporary and ancient all at once — we could feel the depth of its expanse and relevance.

In the outside world, there was the overt racism and anti-Hindu noxiousness of Indiana Jones and The Temple of Doom, but that was a one-off. There was the Dotbusters hate group in New Jersey in the late 80s, but I was relatively shielded from that in New York. When Rajiv Gandhi was assassinated at the end of my sophomore year of high school, my friend’s father casually asked me at their dinner table in front of the whole family if my “people” had anything to do with it, since he had read that “the Tameels” were responsible.

But that had more to do with region than religion. Other than some really idiotic, reductionist pages in our social studies textbook in middle school, it was pretty easy to keep my Hindu identity a private matter. Having learned my lesson in high school, I didn’t take any college classes on Hindu Dharma, skirting any painful misrepresentations. My Hindu Dharma was my business.

Of course that was a very different time, I told them. There was no social media and no twenty-four hour news cycle. And wokeness had not yet risen.

After I shared my experiences, we opened up the space for questions and dialogue. I was moved by how sincere and real these young people were. They, too, embraced the beautiful, inquisitive nature of Hindu Dharma. They struggled with tensions that all kids face, including the particular ones carried by the children of immigrants. And then they starting sharing some of the very harsh realities of being Hindu American youth in 2020.

“When people in school were really insulting you, and your religion, and your beliefs, did you ever feel like you wanted to give up the religion? So you could fit in?”

“I didn’t even bring up Kashmir politically at all. I think I mentioned Kashmiri Pandits, which was the group that faced genocide, and the next day I was asked whether I supported RSS.”

“Oftentimes Hindu girls are told that in order to be a good feminist, you can’t be a Hindu.”

“The Western media likes to show a lot of Hindu extremism or terrorists or fundamentalists. But the problem is that they’re only showing us as these terrorists. What can kids do to combat that and kind of be like, ‘Hey, we’re not some weird cultish group that’s killing everyone. We’re just humans like you.’”

Three days later, we would learn that on the same day we were having our conversation, three Hindus were savagely lynched to death by a mob in Palghar, Bharat. Their names were Chikne Kalpavrukshagiri Maharaj, Sushilgiri Maharaj, and Nilesh Telgade. Two of them were sadhus, Hindu holy men, who were being driven to the funeral of their guru. The media initially covered up the fact that they were sadhus, calling them “suspected thieves” instead.

We only learned about the truth about the incident because of videos taken by private citizens that were circulating on social media. People watched the police handing over a 70-year old sadhu to a mob of over one hundred people. You could see the moment — the look in his eyes — when he realized that the police were not helping him, but were sending him to his death. Woke Indian social media seethed at the reference to the sadhus’ religion, righteously chastising people for “creating communal divides” for stating that the victims were Hindu holy men. The Hindu community was shaken to its core.

The Palghar Sadhu lynchings did not even make a ripple in U.S. news.

This is just one point in an endless game of gaslighting perpetuated by the news and social media that Hindus face. The woke American crowd doesn’t hear about the violence done to Hindus and only hears the violence done by Hindus in Bharat (both real and imagined). And Hindu American youth are expected to answer to the propaganda and the righteous indignation of the woke fundamentalism that demands that all Hindus hang our heads in shame in response to their partial-truths.

During the 2016 textbook debate, hundreds of Hindu American children appeared before the California Department of Education and testified that they were being bullied at school because of gross misrepresentations about Hinduism. The response from their detractors was that while bullying is not acceptable, uncomfortable truths about Hindu Dharma cannot be whitewashed for their comfort.

What is fascinating to reread now in the media coverage of that time is the underlying assumption that the only choice available is between an “accurate” representation of Hindu Dharma and the continued oppression of Dalits and Sikhs. There was no room for any other possibility.

No wonder that young man asked me if I had ever considered giving up being Hindu. The gaslighting is too much for a child to bear.

(This article was first published on the medium.com on May 21, 2020 and is being reproduced here, after minor edits to conform to HinduPost style-guide)