The silent source of negative stereotypes about Hindu Americans 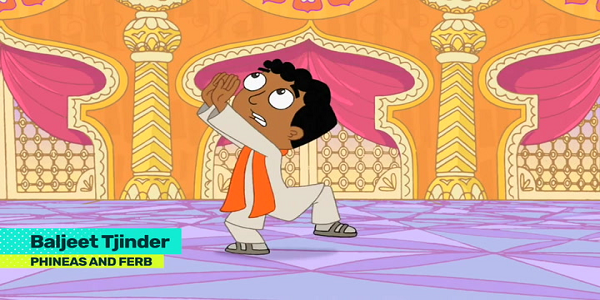 In any country or region, media plays a powerful role in influencing people’s beliefs and world views on a topic. If someone controls the message in the media, they have a disproportionate level of influence on what is generally believed as truth.

Unfortunately, the broadcast media in the US has been unintentionally or carelessly used to paint a bleak, negative portrayal of Hindus and their religion. I will get to the specifics in a bit, but first let me share some background information to set the context.

In the United States, there are around 2.5 million practicing Hindus. As a percentage, it’s a minority. Since these 2.5 million people are pretty spread out (with some exceptions in the East and the West Coasts), in any general region they are a clear minority.

If you look closer at the demographics, members of the Hindu community stand out in almost every sphere – be it education levels or average household incomes.

Being a minority in the US has no advantages, however, even when you are a minority group that is performing better than the average population.

The average American citizen does not get the opportunity to understand what kind of a person a practicing Hindu is unless they have a close relationship with someone from the community. This is not easy for many reasons, two of which are below:

So, where else can the average citizen learn more about Hindus?

Well, one easy place is in TV shows.

In this article, I will talk about a couple of examples from children’s TV shows. I chose them specifically because a negative portrayal of Hindus here will make a lifelong impression on other kids about who Hindus are. They are watching these shows at an age where it’s easy to consume content and if it’s not checked against reality, what they consume becomes reality.

Case in Point #1: Phineas and Ferb (targeted towards young children)

Baljeet Tjinder is a Bharatiya American character who is portrayed negatively. Baljeet does not fit into the group very well. Baljeet is comically awkward. He spends an excessive amount of time studying Math and Science even during the summer break.

He is constantly bullied. Last, but not least, the backstory is that his father, grandfather and great grandfather have all been killed by tiger attacks. As a Hindu American, it is painfully funny to watch these episodes with a heavy emphasis on the painful part.

He is portrayed as weak and awkward, constantly mocked and bullied by other characters in the show. He is made fun of about the traditional Bharatiya clothes (Sherwani) he wears. They call him a “nightclub act” and the other characters can’t pronounce the name of his outfit. Ravi is also mocked while conducting a puja (Hindu religious ceremony) in one of the show’s episodes.

In both the above cases, Hindus are clearly depicted as outsiders and part of the “other” club – they do not belong to the mainstream. They are not true Americans. Even more damaging, the shows send the message to young impressionable viewers that it’s acceptable to treat the so called “other” with ridicule, derision, and disrespect, while normalising behaviors such as bullying.

I can go on and on about this, but I guess you get the point here.

American TV shows are woven very deeply into the fabric of life in the country. The programs like the above silently program the wrong things about Bharatiya culture and Hindu Dharma, and about the people that belong to and practice these traditions. Ironically, this is happening at the same time that the entertainment industry is generally treating other cultures, religions and ethnic groups with greater sensitivity.

The direct implication from the kinds of shows outlined above are the creation of stereotypes about Hindu Americans as:

These stereotypes only further perpetuate the negative representations of Hindu Americans that already exist in other mediums, such as textbooks.

When Americans, especially children, are repeatedly bombarded with these types of messages from multiple directions, the indirect implication is poor self-esteem and shame for Hindu children, and in more extreme cases being the targets of harassment and bullying physically and/or on social media.

Apart from taking up the task of re-educating our kids and their friends to the reality about Hindu Dharma and Bharatiya culture, it is our collective responsibility to bring this to the attention of leaders in the media and entertainment to urge them to act more responsibly.

(This article was first published on The Times Of India-Blog on March 22, 2018 and has been reproduced here in full.)