The Pan Islamic danger to Bharat and Hindus 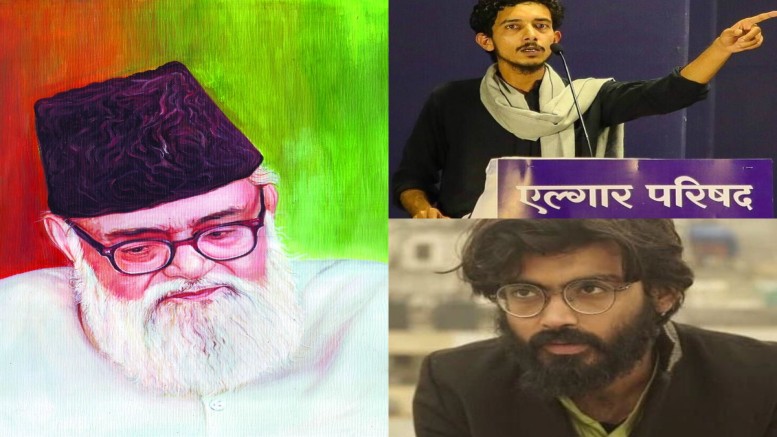 On 5th of May, 2021 Ashraf Sehrai died in Jammu. He was the leader of Tehreek-e-Hurriyat, an organisation based in Kasmir valley, which advocates the merger of Jammu and Kashmir with Pakistan. Their argument is simple : “Pakistan se rishta kya? La illaha illallah.” meaning, “What is our bond with Pakistan ? The bond of Islam.” His death was mourned by many Muslims in other parts of Bharat. For example, Sharjeel Usmani, the Hinduphobic student leader from AMU wished for his “able successors” to “carry forward his legacy and struggle”, in other words to continue movement for merger of Jammu and Kashmir with Pakistan.

May Allah grant him higher rank in Jannah, sabr to his family, colleagues and supporters. May his able successors continue to carry forward his legacy & the struggle. Salam, Qaid, Salam!

The roots of pan-Islamism

The bond of Islam is what binds Sharjeel from UP with a seperatist from Kashmir and the terrorists of Hamas. Pan Islamism is an ideology which advocates the unity of Muslims under a single state or authority and envisions the Muslims as a single ummaah(community). As a result, it is also against all sorts of national identities of Muslims and asks for global cooperation among Muslims. It has been there in the Islamic religion since the beginning and is manifested in the institution of Caliph, who was considered the leader of all Sunni Muslims of the world. Indeed, even the Turk Sultans of Delhi were in theory servants of Caliph and during their rule, khutba was read in the name of Caliph. Even an imperialist such as Alauddin Khilji could only claim to be “right hand man of Caliph” or deputy of Caliph in Bharat. Even the coins during this period were struck in the name of Caliph!

The Mughals also accepted Ottomans as Caliph, specially during their early years, at least until 1570s. However, after that they declared themselves as Caliph and maintained the title until early 1710s. It is not known when the Muslims of Bharat started believing in the Ottoman Caliph again, but after 1857, there were no Mughals reigning. They had not ruled over any significant territory since 1760s. In any case, Ottoman Caliph became the religious leaders of Sunni Muslims of Bharat again.

The Khilafat Movement that arose in the Bharatiya subcontinent in 1919 and continued till 1924 was the first instance of pan Islamism in modern Bharat. The premise of the movement was that Caliph of Islam should have control of Mecca and Medina; and as the Caliph was deprived of the same through the treaty of Sevres, Muslims should pressure British to reinstate the same. Incidentally, Turks did not want the Caliph and removed him from that position! It was during this pan-Islamist movement that Mappila Muslims in Kerala rioted and massacred more than 10000 Hindus while also forcibly converting 1000s of Hindus to Islam. Curiously, the Congress which had fell under the spell of Gandhi by now, could not summon the courage to condemn these atrocities which were condemned by everyone from Viceroy and Dr. Ambedkar to local prominent Hindus of Kerala, Annie Besant and Swami Shraddhanand of Arya Samaj.

Our history books tell about the ideology and methods of Muslim League and Jinnah. However, the greatest pan-Islamist of 20th century was someone whose name most non-Muslims have never heard. Maulana Abul A’la Maududi was born in Aurangabad in Bharat and established Jamaat i Islami in 1941. It has its branches all over the subcontinent and the branches in Bangladesh and Kashmir remain banned due to terror links. He migrated to Pakistan after 1947 and until his death in 1979, wrote books, articles and pamphlets that influenced Islamists like Sayyid Qutb of Egypt, Khoemaini of Iran, Osama Bin Laden and our very own Zakir Naik. The modern pan-Islamism is, to a large extent, the creation of Maududi.

He believed that nationalism is against Islam and Islamic community should be under the rule of one Caliph. He campaigned against Ahmadiyyas and succeeded in getting laws passed against them. He was the moving spirit behind the Islamisation of Pakistan under Zia Ul Haq. In recent years, all of us have noticed certain things with regards to the Muslim community :-

All this was advocated, claimed and propagated by Maududi.  Maududi himself recognised the value of education and during Zia’s rule, secured for his disciples jobs in education in Pakistan. However, his international admirers have also contributed immensely in the propagation of his thought.

A remarkably clear person in his goals, he wrote that Islam is “a revolutionary ideology and a revolutionary practice which aims at destroying the social order of the world totally and rebuilding it from scratch”! He was the first one to dream of an “Islamic State” in modern times in which Islam will eventually “rule the earth”, another pillar of belief of Islamists. He advocated jihad to attain that goal and explained that the loss of lives in such a jihad was a lesser evil than the greater evil of living under un-Islamic rule! This jihad would establish a worldwide Islamic state and eliminate all un-Islamic rule. This would result in non-Muslims being reduced to second class citizens, who would have to pay jizya in exchange of right to life.

The danger to Bharat and Hindus

Keeping in mind the facts above, even a careless observer could easily see how the Muslim society worldwide has been moving towards the vision of Maududi. Organisations like Muslim Brotherhood and ISIS are part of the vision of the revered Maulana. On the front of education and culture, his ideas have permeated deep into Muslim society, aided by preachers such as Zakir Naik and through education in Bharatiya universities. All of us can recognise the increasing radicalisation among Muslims and yet our governments and responsible persons have found no acceptable solution to counter the same.

It needs no elaboration that Hindus and Bharat remain particularly vulnerable in such a situation. We are already witnessing the incidents in Muslim majority areas of Bharat that are portents of a bleak future if the Islamists win the demographic war. There are already talks of “cutting off Assam”, blocking major cities of Bharat and creation of an “Islamic state” in Kerala.

With time, the capabilities of the Islamists would also be significantly augmented. In accordance with Maududi’s vision, today we have a new breed of Islamists- the lone wolves. Maududi disregarded the status of ulema in Islamic society and instead wanted a Muslim, who had adequate knowlege of modern sciences as well as Islamist ideology. The self radicalisation of young and educated Muslims on the internet is the fulfillment of that wish. It goes without saying that such an Islamist is the most dangerous kind of Islamist. If sufficiently resourceful and motivated, he could get access to a dirty radioactive bomb, or in case he is unimaginative, just run people over with a car.

One of the most important questions that faces us in coming years is – how do we stop pan-Islamism from winning? There would be no readymade or easy answers and decisions would be tough. However, the future of our nation and our dharma depends on those decisions.

Afghan territory must not be used for terror activities, Delhi dialogue adopts declaration