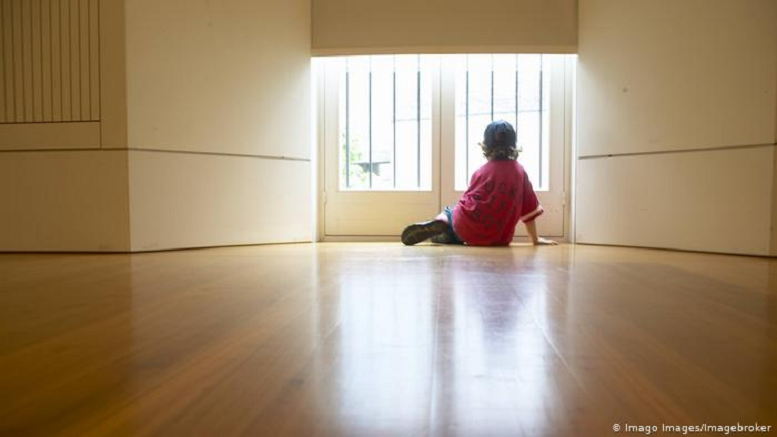 Most sections of civilized society view child abuse and hurting/exploitation of children as one of the most horrendous crimes. Not just members of civilized society, even convicted criminals in prisons consider sex offenders who hurt children as “lowest of the low.” There have been many instances of sex offenders being killed by fellow prisoners if they get “outed” as child rapists and murderers.

What then explains the effort to normalize or decriminalize paedophilia? California’s Senate Bill 145 was introduced in August 2020 and passed by both Houses to become a law in September 2020. The Bill applies to sex with minors in the 14-to-17 age group. The Bill is said to give the judge the power to review, on a case-by-case basis, instances where an adult–up to 10 years older than the minor from the 14-to-17 age group–has consensual sex with the minor.

Under the earlier California law, any instance of sex by an adult with a minor of any age was treated as prosecutable under statutory rape charges and mandated that the adult becomes part of the sex-offender register. Defenders of the new bill say that very young children—those under 14—are not part of the law and secondly, the new Bill only allows for a case-by-case review in cases where the adult is no more than 10 years older than the minor in the 14-to-17 age group.

Despite this defence, the Bill is clearly an attempt to inch towards legalizing paedophilia. In the past, there have been attempts to define paedophilia as a compulsion, disorder, and illness instead of a crime. Increasingly, media is encouraging this narrative to garner sympathy towards paedophiles and even normalize this perversion.

Effects of being victims of paedophilia and child abuse

Although researchers in the west use the term child sexual abuse with a different emphasis than the term paedophilia, both the crimes are similar and have an identical impact on children and society. Much of child abuse tends to happen in households where parents are divorced.

A US study from 2014 concluded that “children living with their married, biological parents consistently have better physical, emotional, and academic well-being…” and “with the exception of parents faced with un-resolvable marital violence, children fare better when parents work at maintaining the marriage…”

One US study found that if children lived in families where a parent had a new partner, then they are 40 times more likely to face physical and sexual abuse. A Missouri-based study concluded that “children who live with adults who are not biologically related to them are nearly 50 times as likely to die at the adults’ hands as children who live with two biological parents.” Many columns in the US are dedicated to warning single parents of the precautions needed when seeking a new partner so as to prevent abuse of their children from the new partner.

According to the latest release on child abuse in the UK (England and Wales), at least one out of five adults currently in the 18 to 74 age group had experienced at least one form of child abuse (emotional/physical/sexual) before the age of 16. Similarly, 7.5% had specifically experienced sexual abuse.

A sinister experiment was initiated in Germany in 1969, in which children were wilfully placed in the care of known paedophiles, the idea being that it would help ‘reform’ the paedophiles. Devised by Helmut Kentler, the Kentler experiment continued for a whole 30 years. The destructive consequences of this exercise only recently began to be revealed wherein the victims have narrated stories of horror. Some of the victims of this ghoulish experiment are still suffering the effects of the abuse.

Clearly, laws against paedophilia and child abuse cannot be diluted but in fact need to be made more stringent. Children are the most vulnerable component of the social structure and need to be protected and guarded with maximum care so that they thrive and grow up to become healthy, responsible and conscientious adults. Attempts to dilute existing laws like the Senate Bill 145 mentioned above are just another means of hastening the breaking up of societal structures.

Western cultures are already facing the consequences of the broken family institution. Break-up of the family structure has had far-reaching consequences. Divorces and single-parent families are contributing factors for child neglect and child abuse which in turn impact children in terms of emotional and psycho-social well being. These in turn can cause adulthood problems like substance abuse, depression, violent behaviour, suicidal behaviour, and the inability to form healthy relationships.

Although all abused children do not grow up to become adult abusers, there is more likelihood of this happening. Studies show that adults who have been abused can suffer from cognitive disorders, PTSD, emotional distress, impaired sense of self, interpersonal problems, and lifelong physical health issues as well. Weakening of societal institutions thus affects several interdependent factors closely tied in together. Future families are once again affected when adults suffer these disorders due to childhood trauma of one kind or another.

Recently, there has been a call for decriminalizing incest by advocates who are rooting for a New York parent wishing to marry their adult offspring. The argument is that incest should be allowed if consenting adults are involved. Just like the attempt to dilute paedophilia laws, such attempts will only aid in bringing about and accelerating the destruction of societal institutions, thereby creating broken and hurting societies.