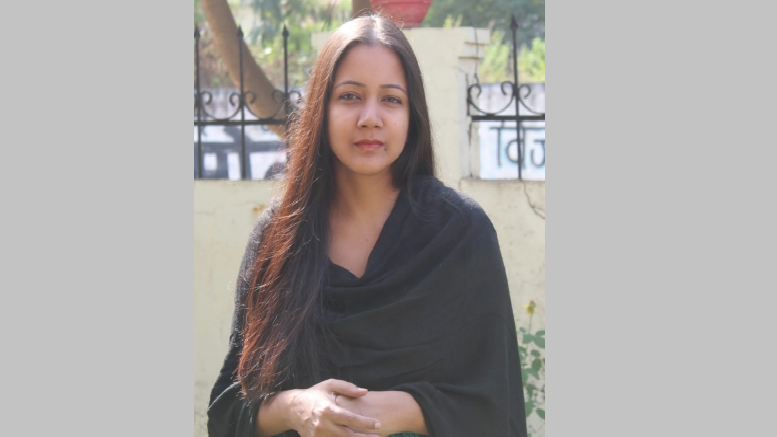 “For a long time, I didn’t even tell my friends and family that I was writing and had amassed a huge reader base. I was sure that they would not believe it. And that is precisely what happened when I broke the news to them. In fact, I had to send links of my stories to them,” smiles Raipur-based homemaker Varsha Srivastava, even as a web series based on a book trilogy in the supernatural thriller genre gets set to be made.

One of Pratilipi’s (Bharat’s largest free-access digital publishing and storytelling platform) leading writers, the web series will be adapted from Srivastava’s trilogy ‘Murdo Ki Train’, ‘Shaitan Se Samjhauta’, and ‘Niya’ that tells the story of police sub-inspector ‘Vinay’ who finds himself mixed up with the occult whilst investigating a series of mysterious happenings involving a young girl with supernatural abilities.

Excited about the series which will be developed by Pratilipi and Yali DreamWorks, the writer says that the news came as a shock for her. “It is hard to believe the development considering it has just been two years that I started writing,” she says.

Talk to her about the fact that the horror/supernatural genre has never had a breakthrough with Bharatiya audiences, and ghosts depicted on the Bharatiya screen seem to have escaped a circus, and she says, “Ever since I can remember, when it comes to Bharatiya languages, authors writing on social issues have ruled. Not just horror, many other genres have not managed to develop with time, this includes science-fiction. All that Bharatiya audiences have been exposed to is say Ramsey Brothers. Unlike Hollywood, we have never explored this genre to its potential.”

Stressing that despite the success, she would still like to call herself a storyteller and not a writer, Srivastava adds, “There is lots to achieve.”

She feels that in contemporary times, one does not need to be in a major city with accessibility to publishing houses and PR agencies in order to be noticed. “The Internet and online platforms have changed the dynamics completely. Writers are now directly connected with their readers and that has made a world of difference. Physical location has become irrelevant now.”

With JK Rowling and Surender Mohan Pathak as her favourite writers, Srivastava is currently working on a vampire story, but wants to explore more genres in the near future. “I feel Science Fiction is an area that has not really been explored by many Bharatiya authors. Besides horror, I would also like to explore this genre,” says the author who spends an average of two hours everyday on her writing desk.

Shubham Sharma, Head of IP Acquisitions at Pratilipi tells IANS that 55 per cent writers and 45 per cent readers on Pratilipi are women. “Most of our stories have strong female protagonists and female centric themes.”

Pointing that across the three platforms — literature, audio and comics — horror and supernatural genre was doing the best, Sharma adds: “Surprisingly, I didn’t see publishers and content producers betting on this. It was looked at with an elitist mindset. In my experience, this genre is great to onboard new users into reading. If I give horror on day one to a reader, the probability of getting him/her to visit the next day is significantly higher. In every niche, there is a winner. And in Bharat, this one is still unexplored.”