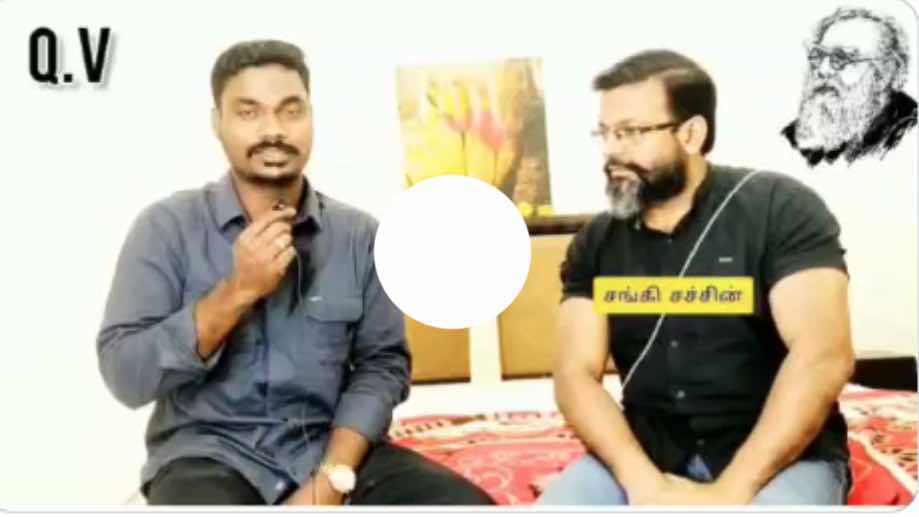 Farmers’ protest against the agri reforms has brought out anti-Bharat forces hiding under the name of different ideologies. Even though these people have been indulging in anti-Bharat activities for a longtime, in this specific issue their nonchalant behaviour when foreign entities (with zero understanding of the reforms) commented on and tried to meddle in Bharat’s internal issue has totally exposed them.

Apart from anti-Bharat mentality they have also been exposing their casteist nature and those from the Dravidian flock following Periyar’s ideology have surpassed any decency shown in public forums by making crass comments on Sachin Tendulkar, an iconic cricketer, by dragging his caste into the issue.

While some passed a widely used comment that he was the ‘god of cricket’ until he chose to support the Bharatiya government and became the ‘dog of Ambani’ – the hate for Ambani, a businessman who has nothing to do with the reforms and is not even into contract farming, is instructive in itself –  a DMK supporter posted Sachin’s photo in which he can be seen with a janeu (sacred thread) on his attire and doing Ganpati puja on the occasion of Ganesh Chaturthi. He commented that Periyar aka EV. Ramaswamy Naicker said “if pappan (slur used for Brahmins) supports something you should most certainly oppose it”.

Another Periyarist cum DMK supporter who likes to call himself as the grandson of Periyar made a video further abusing Sachin based on his caste. He made a person wear janeu on his shirt and interviewed him about Sachin’s tweet in support of the central government’s stand on the issue. He asks whether he was peeling onions while the farmers were protesting for 2 months to suddenly comment about it. To this the person disguised as Sachin says he doesn’t have the habit of eating onions implying that he is a Brahmin. Then he compares Sachin asking foreigners who have no stake in the issue to not comment about it with how he plays cricket in foreign countries.

He then mocks that Sachin asked for tax exemption to export a Ferrari car in 2003. The car was given as a gift by Fiat when Sachin equalled the record made by Don Bradman hitting 29 centuries in test cricket. At that time the cost of the car was said to be 75 lakhs and the excise duty came around 1.13 crore. He had to pay that money even though he received it as a gift as it was not a prize won at a match. It is alleged that Sachin asked for an exemption and it kicked up a controversy.

In the video the DK sympathiser says that he got tax exemption. However Fiat India came forward to pay the duty and later Sachin sold the car. Yet, the propaganda that Sachin asked for tax exemption persists, and a wrong impression that the common man paid for Sachin’s Ferrari was sold by the media and exists till this day.

Next, the interviewer asks the disguised man what he has done for the protesting farmers to which ‘Sachin’ can be heard replying “why should I?”. He changes the question to, “you are seen as a face of India. Do you think their protest is justified or not?”…”They are protesting unnecessarily”, says the disguised man.

Periyar’s Grandson (PG): What do you eat?

PG: Does it come from your house?

DM: I pay money for that

PG: Even if you pay do you know that you can touch the food only if the farmer touches the soil?

DM: Well, the government is talking to them

PG: 11 rounds of negotiations have been held so far and yet Modi hasn’t shown his face to them. Now tell me, is it Modi who refuses to face the farmers or is it the other way around?

DM: Of course it’s the farmers

PG: Ooh! So in your point of view it’s the farmers who refuse (to hold meetings)? Ok no problem. Many of the Brahmins I know wear their poonal (janeu) under their shirts. Why have you worn it outside?

DM: Everyone should know that I wear a poonal that’s why

PG: But all these years when you were playing cricket you wore it inside

DM: I needed everyone’s support, 100% support at that time so I kept it inside. But now I only need ‘those’ people and that’s why I’m wearing it outside.

PG: Ok.. Let us talk about your son now..there is a rumour that you’re trying to bring your son inside(Indian cricket team) and that Amit Shah’s son is going to become the president of BCCI. Is that why you are speaking like this(regarding his tweet).?

DM: BCCI president is my dear friend Ganguly. Jay Shah is only the secretary. Do not speak wrongly about him..he works hard to play well so he’ll get the chance (his son).

PG: Ok. Let’s leave you as you’ve aged. We will bring a boy from the remotest village of our state and let him play with your son. If your son wins then I’ll accept that he’s talented.

DM: Only the board decides who should come to play cricket in the Indian team (showing the janeu). I cannot accept your demand to play with every Tom and Dick. We will decide who plays with my son.

PG: Everyone has talent. But it can be proved only when they are given an opportunity. How can you say that only the board can select?

DM: Cricket is only for us. Only we will decide who can play or not.

PG: Won’t the public protest if you do the same to agriculture? (Implying that the new agricultural reforms help only a handful of corporates)

At the end, the interviewer implies that Sachin tweeted to support PM Modi not caring whether the country has gone to the dogs or not. He ends the interview saying “whether it’s Sachin or his son, let them play with someone from our villages to win and prove that they have talent”. While saying this he shows the janeu implying that only Brahmins are selected for the Indian cricket team. It can be observed that the interviewer keeps changing the topic and the question as it progresses without getting a solid answer for any question.

This is how Dravidians operate. Their only aim is to destroy someone’s reputation and not find a solution for any problem. In fact, they create problems out of thin air to abuse Brahmins and their culture. Sachin can be seen wearing the thread on many occasions but all of them are during Ganesh Chaturthi while doing puja. He can be seen without the thread in the same dress after finishing the puja. It appears to be a custom to wear the janeu like that while doing puja, as otherwise Sachin has never shown explicitly that he is a Brahmin.

However Dravidians created a false narrative that it’s the janeu that makes Brahmins feel superior and hence they often conduct events to cut the janeu. Many elderly Brahmin men have been victims of this ideology. They even conducted a ceremony to make pigs wear janeu on Avani Avittam, the day when Tamil Brahmins change their janeu every year. Madhavan, a Tamil Brahmin Bollywood actor wasn’t spared either when he posted a picture of his dad, himself and son changing janeu on Avani Avittam. However this time the hate they spewed on Sachin simply for tweeting in support of the sovereignty of Bharat has made some think through the facade of social justice propagated by Dravidian ideologists.