We are currently at a health crossroads triggered by the COVID-19 pandemic.  Sadly, the country of origin of the virus  and international institutions have failed to help the global  community in  stemming  the COVID-19 pandemic. The silver lining, however, is that  practices and traditions in Hindu Dharma, that date back to several millennia,  offer valuable guidelines  in dealing with this highly contagious virus. Since  time  immemorial,  Hindu dharmic society  has survived several natural and human disasters. Hence this makes  it  the only ancient civilization that is not only thriving but also teaching life lessons and ways of living  to the rest of the world.

The unmatched community resilience of the Hindu community is deeply rooted in its  ethos of nature worship. Natural forces are not only revered as gods, but endemic flora and fauna are also respected and worshiped. Over generations, through careful observation of natural phenomena, Hindu scholars and community elders have incorporated vital principles and  practices which are imperative to ensure protection and safety of  people, stem the community spread and distress caused by  diseases. It is important to note that such practices are found across the Hindu community irrespective of their geographical location.

At the time of the COVID-19 pandemic, the global community has adopted several Hindu practices in order to deal with viral infections and to maintain social distancing norms. The very first Hindu adaptation was Namaste  or the traditional Bharatiya way of greeting a person with folded hands.  Since the  Chinese government was unwilling to provide  adequate and accurate information about COVID-19,  the rest of the world had  little reliable  information about it. Initially, outside China, people only knew that this virus spread  from human to human by touch.

At this stage, world leaders  began to avoid the  handshake as a from of greeting and adapted the  Hindu greeting, Namaste. Popularly termed as ‘Namaste diplomacy’ by the national and   international media, videos of  US President Donald Trump and  Prince Charles  of England using the  Namaste instead of the handshake went  viral on the  Internet. Since Namaste doesn’t involve physical touch unlike the handshake, it was preferred during the pre-lockdown period of the COVID-19 pandemic.

During his meeting with Irish Prime Minister Leo Varadkar, US President Donald Trump asserted, “We didn’t shake hands today, and we looked at each other and said what we are going to do? It was sort of a weird feeling. We did this (joined hands). I just got back from India and I didn’t shake any hands there. It was easy.”.

The French president Emmanuel Macron has also adopted the Namaste. On March 11, 2020,  the official Twitter handle of the French president announced, “President Macron has decided to greet all his counterparts with a namaste, a graceful gesture that he has retained from his India visit in 2018.’

While  Namaste diplomacy suddenly seemed politically correct,  some leaders  like the  British PM Boris Johnson did not  practice this and instead  shook hands with COVID-19 patients as he visited them. Later,  not surprisingly,  he too tested positive for  COVID-19.  It seems apparent that Namaste is now the new hello and is slated to become a universally acceptable from of greeting.

Like other viral pandemics, the occurrence of COVID-19  happened when it  was spring in Bharat. Since  millennia, the vibrant Bharatiya knowledge systems and traditions embedded in Hindu Dharma have been saving lives from zoonotic (a disease that can be transmitted to humans from animals) and viral diseases. Observing Navratri during the transition of summer and winter, is a strategy to avoid  transmission of zoonotic diseases to  humans by prohibiting consumption of meat.

During Navratri,  Hindus observe fasting and  are  careful about the kind of food they consume. This is believed to boost immunity and  promote digestion. Linking these traditional practices with religion not only widened their acceptability but also made them important rituals to perform. Both Navratris also overlap with the viral season, a time when viral flues occur. Dietary restrictions and cleanliness are part of the celebrations which are also meant to address emotional well-being of the individuals and  community.

Quarantine may be new for rest of the world, but for  Hindus, especially  those of us from rural areas,  it  is  woven into the fabric of our lives.  In fact, it is a traditional  practice that dates back to 5000 years. Anyone born in a Hindu family in rural Bharat, is aware of the Hindu version of quarantine.

My own experience is testimony to  how intimately this practice is a part of our lives. I was born in a village in eastern Uttar Pradesh and spent the first few years of my life in a village in western Bihar. I vividly remember my first quarantine experience when I had chicken pox. After confirming the viral disease, my grandmother took charge of arrangements, and ordered for desi quarantine methods.

Despite  not having a  separate room, I had to live in isolation. My bed was filled with  fresh neem leaves and flowers. Complete cleanliness and isolation was observed.  All family members had to abide by the dietary restrictions imposed. The use  of masala (spices) and frying were prohibited in cooking as the fumes might  irritate  the nose  and  throat. However, the use of  modern medicine for the patient’s  fever  was permitted.

Unlike the widespread stigma and discrimination against people with infections  today, I, the infected person wasn’t treated, discriminated against or hated, but rather, I was considered divine. Besides, no one was  permitted to speak negatively about me. As soon as I recovered,  there was Shitala Devi (an aspect of the Divine Mother who cures diseases, especially small pox and chicken pox)  pooja (worship) and the family would then relish puri-gur (deep-fried bread made from wheat flour and jaggery) and channa (lentils) as prasad or sacred offering.

My Hindu friends from different parts of Bharat confirmed the practice of the same rituals in their households when children get infected with chicken pox. In North Bharat, Goddess Kali or Shitala Devi Mata is worshiped as the Goddess who cures  viral diseases. In South Bharat, the name is Maari Amman (Devi Parashakti). Every village in the southern state of Tamil Nadu has a Maari Amman temple. She is the guardian deity against plague and other pandemic diseases. It is interesting to observe how perhaps the first ever quarantine practice  has endured for several millennia and  saved the  Hindu population from countless pandemics.

Later, the Romans and Christians too practiced quarantine for people with leprosy by isolating them outside the town/city limits.  Currently, quarantine  is a short term  public health measure to   flatten the curve of contagious diseases such as the COVID-19 pandemic.

Availability of food during a pandemic

Availability of food is another challenge to the national and local governments while dealing with COVID-19 pandemic. Thankfully, no country has reported any food shortage during this global biological disaster. However, families in Europe, North and South America, and many Asian countries rely heavily on local retail stores, as not all households in these countries cook meals at home and store raw material for future needs. Unlike other countries, almost all Bharatiya households cook their  meals in their home kitchen and store staple food grains for future needs. Thus, Bharatiya households are  self-reliant in food in desperate situations. This tendency has also played a significant role in the availability of food in Bharat  during the lockdown.

Besides  households, villages in Bharat  were also independent units for millennia. In addition to  food, daily needs and services were also available in each village.  However, our modern life style and consumption patterns have caused many changes in villages. Despite such developments, Hindu households and villages are still  self-sufficient to a larger extent. This  self-sufficiency could  also be instrumental in containing the spread of pandemic.

Cremation or the final  samskara in Hindu Dharma  is another ritual which is being practiced all over the world during the COVID-19 crisis. This eliminates the virus and  prevents its spread. However, there is communal resistance from Muslim and Jewish communities around the world who have resisted the practice. They have  forced state and national governments to permit them to bury the dead. However, this practice poses the risk of infection for people living near burial grounds.

Along with these common household practices, Hindu priests and vaidyas (physicians) also practiced inoculation or variolation – a method to treat small pox by using virus from the pus of infected people. Later, vaccination was discovered using that basic principle.

However, even within Bharat, there is a sharp decline in such invaluable Hindu practices. Urbanization  has had a negative impact on Bharatiya  knowledge systems  and traditions. Sadly, much of these practices  have been forgotten in urban Bharat. Rapid urbanization and senseless emulation of Western life style and belief systems threatens to eclipse and erase what little remains.

Modern education, largely Eurocentric and Americentric, has inoculated  young minds to reject everything that is Hindu. In higher education, there is a targeted campaign by left-leaning educationists against Hindu traditions in the name of a ‘rational & liberal’ education approach. However,  other faiths are not  viewed through a left-liberal lens. Religious conversions too have played an important role in elimination of such millennia-old life saving practices.

Despite these serious  dangers to our traditional knowledge systems, Hindu traditions are proving their relevance during the pandemic crisis. Most of us are  aware about the  appropriate  code of conduct:  social distancing,  quarantining and  cremating the dead. Every such  practice is aimed to contain the spread of the disease. Perhaps that’s why our collective resilience  is significantly higher in Bharat compared to other countries.

The rationale of Hindu traditional knowledge system is not only limited to human beings but also covers the rest of the natural world. Sustainable development might be a new concept for the rest of the world, but Hindu society has always practiced it through conservation and controlled use of natural resources. In the post COVID-19 scenario, consumerism and rampant exploitation of natural resources will no longer work. A  holistic approach based on Bharatiya knowledge systems and traditions for personal and collective  well-being  is the way forward. 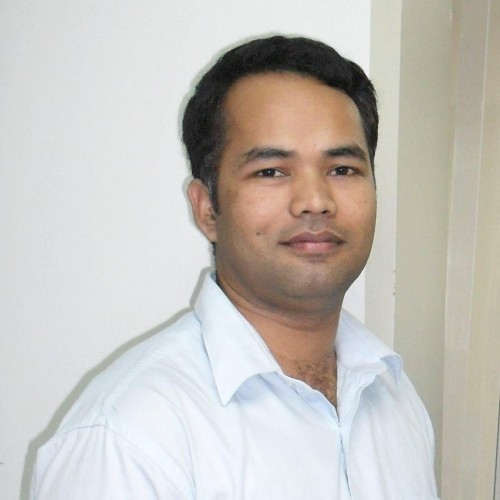