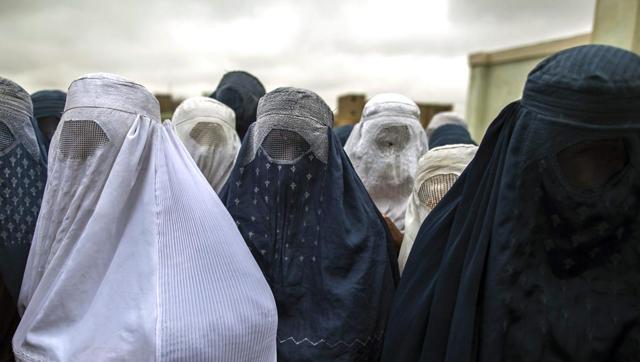 The poor status of women in Islamic societies is not as widely discussed by the feminists’ in Bharat and worldwide, as it deserves to be. With Bharat being home to ~ 172 million Muslims (2011 census), this is an important topic that needs to be debated in the public sphere. And developments in Pakistan should be of special interest to us, given that we have an influential segment in academia, politics and civil society – the ‘Aman ki Asha’ brigade – which advocates closer ties, even open borders, with our north-western Islamic neighbour.

According to a report in the Daily Pioneer –

“Pakistani husbands can ‘lightly’ beat their wives if they disobey, according to a controversial recommendation made by a state-affiliated Islamic body in its new women protection bill. The Council of Islamic Ideology (CII) enjoys constitutional status in Pakistan and gives non-binding proposals to the parliament to make laws according to Islam.

The controversial alternative bill was prepared after the CII rejected Punjab’s Protection of Women against Violence Act (PPWA) 2015, as un-Islamic.

PPWA, passed by the Punjab assembly, gives legal protection to women from domestic, psychological and sexual violence and calls for the creation of a toll-free abuse reporting hot line and the establishment of women’s shelters.

The CII will now forward its proposed bill to the Punjab Assembly. According to the Express Tribune, the 163-page draft bill proposed several bans on women.

The bill said that a husband should be allowed to ‘lightly’ beat his wife if she defies his commands, refuses to dress up as per his wishes and turns down demand of physical contact. It suggested that a beating is also permissible if a woman does not observe Hijab, interacts with strangers, speaks loud and provides monetary support to people without taking consent of her husband.

It also recommended to ban co-education after primary education, ban on women from taking part in military combat, ban on welcoming foreign delegations, interacting with males and making recreational visits with strangers.”

As per their Government website, The Council of Islamic Ideology is a constitutional body that advises the legislature whether or not a certain law is repugnant to Islam, namely to the Qur’an and Sunna.

Quran (4:34) – “Men are the protectors and maintainers of women, because Allah has given the one more (strength) than the other, and because they support them from their means. Therefore the righteous women are devoutly obedient, and guard in (the husband’s) absence what Allah would have them guard. As to those women on whose part ye fear disloyalty and ill-conduct, admonish them (first), (Next), refuse to share their beds, (And last) beat them (lightly); but if they return to obedience, seek not against them Means (of annoyance): For Allah is Most High, great (above you all).”

Now, Hinduphobes will jump up to say that Bharat is in no position to preach on women’s rights to anyone. But the fact remains that while Bharat does face a real & serious problem with regards to domestic abuse and violence against women, there is no mainstream or even fringe Hindu body, like the Council of Islamic Ideology (CII) in Pakistan, which would even think of making such an atrocious recommendation. That is a significant difference between the two societies, which our so-called peaceniks try to paper over in their desperation to draw a false equivalence between Bharat and Pakistan.

Another fact that our fiberals desperately want to suppress is that unlike the Islamic right in Pakistan which has hardline, misogynistic, and supremacist views, the Hindu right in Bharat i.e the Sangh parivar, despite the demonization campaign launched against them since Independence, is actually far more progressive & inclusive than they are given credit for. It is the political forces who occupy the so-called center in our polity, such as Congress, SP, RJD, TMC, NCP etc. and their Islamic allies like AIMIM, AIUDF, IUML, that have the most casteist, misogynistic and intolerant elements in their midst.