Muslim man locks up Hindu ‘lover’ inside a room for 11 years – A case of grooming jihad? 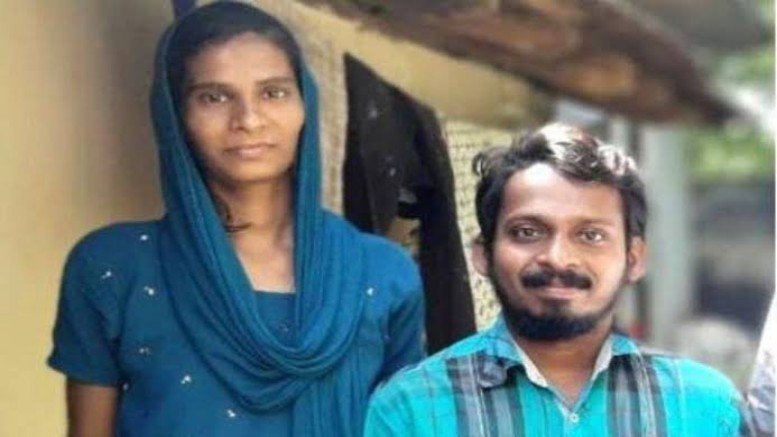 In a weird case, a Kerala Muslim man had hidden a Hindu girl in a room for 11 years. Rahman, 34 year old electrician from Palakkad had locked his ‘lover’ Sajitha, a 28 year old woman, inside his room without anyone knowing for 11 long years.

Sajitha, daughter of Velayuthan whose family lives 500 metres away from Rahman’s house, had filed a missing person complaint in 2010 when she was just 18 years old. But Sajitha couldn’t be found anywhere and her family even removed her name from the ration card believing her to be dead. Police investigated Rahman as well when they were inquiring about her whereabouts. But as she couldn’t be found the case couldn’t be closed either.

In March, Rahman also went missing and his brother filed a complaint with the police. On June 8 his brother spotted him at a police check post and conveyed it to the police. Upon inquiry, the unbelievable story of how Rahman hid Sajitha inside his room for 11 years came out. Rahman claimed that they were in love and frightened of retribution from their family. He said that they had planned to get married but he didn’t have money and so decided to stay put in his parents’ house.

Apart from Rahman and Sajitha locked up inside his room, Rahman’s parents, his mentally challenged sister and nephew stayed in the house. Rahman shared his food with Sajitha inside the room. Extraordinarily, none of them found out that a woman was living in their house if the story is to be believed. Due to the lockdown Rahman couldn’t find jobs and claimed that his parents became bitter and gave him only plain rice. So Rahman decided to move out with Sajitha and rented out a house where they have been living for the past 3 months.

Sajitha wouldn’t leave the room in the daytime, watch television using headphones and come out of it at night through a small window to relieve herself. In the 10 years she was locked up, Sajitha claims to have never fallen ill except for a few headaches. However Rahman’s parents have refuted his story. They have told TNM that the bars on the window were removed only 3 months ago and raised doubts about her jumping out of it without making any noise and claiming that they never heard any such noise.

They also pointed out that as the walls of the rooms do not touch the tile roof, one can clearly hear what goes on in the adjacent rooms. But Rahman’s parents never heard anyone’s voice other than Rahman’s. Rahman claimed that he acted angry when others came near his room and so they left him alone. But his parents said that he laid electrical contraptions in front of his room which made them wary of going near it.

Other details of Rahman fixing the door so that it can be locked using a remote and cannot be opened from outside have raised suspicions. Kerala Women’s Commission has raised questions about the same and is planning to investigate Rahman and his parents. Rahman has said that before he decided to ‘hide’ Sajitha in his house, they were in a relationship for two years which means Sajitha was a minor and was potentially being groomed. Was she held captive in that small room against her will, and is now suffering from Stockholm Syndrome?

Questions like how Sajitha went through the monthlies, how her necessities like clothes and other personal care products were bought when she was locked up, remain unanswered. It is mysterious as to how Rahman managed to rent a new house, if he didn’t have any income during the lockdown. Instead of investigating the angle of grooming jihad and the possibility of the guy’s parents hiding the truth, the media is reporting this incident as a unique romantic story. Police have closed both the cases but Rahman’s surreal story has raised new suspicions instead of allaying the existing ones.