Minorities in Bharat: Who Decides? 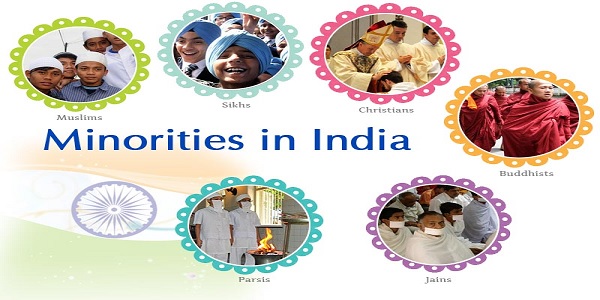 In the year 2017, Sri Ashwini Upadhyay, a lawyer and senior BJP leader had filed a PIL in the Supreme Court of Bharat asking, primarily, for section 2(c) of the National Commission for Minorities (NCM) Act of 1992 to be declared as void and unconstitutional. He later withdrew the petition stating that he would approach the NCM regarding the same issue.

In 2019, he filed a second petition in the SC indicating that the NCM had not passed any judgement on his plea. The SC, in its order on 11th February 2019, expected the NCM to “to take decision in the matter as early as possible, preferably within a period of three months from today”. The decision, of course, was about defining the “guidelines” for declaring a community as a minority.

Let us look at the 4 key prayers made in the second PIL by Sri Upadhyay:

1. direct and declare that Section 2(c) of the NCM Act 1992 is void and inoperative for being arbitrary, unreasonable and offending Articles 14, 15 and 21 of the Constitution of Bharat;

3. direct the Government to define “Minorities” and lay down guidelines for their identification, to ensure that only those religious and linguistic groups, which are socially economically and politically non-dominant and numerically inferior, may enjoy rights and protections guaranteed under Articles 29-30, with the State being the unit of determination;

4. in the alternative to prayer (c), direct and declare that only those religious and linguistic groups of Bharatiya citizens, which are socially economically and politically non-dominant and numerically not more than 1 % of total population of that respective State, may enjoy rights and protections guaranteed under Articles 29-30 of the Constitution;

Minorities in the Constitution

Vide Articles 29 and 30 of our Constitution, a number of benefits are provided to “minorities” in this country. Chief among them is the precious right to establish and administer educational institutions. The Constitution, though, does not define the term “minority”.

Predictably enough this question came up in front of the Supreme Court of Bharat very soon. In the ‘Re Kerala Edu Bill’ case of 1957, a 7-judge bench of the Supreme Court addressed this question and decided that the declaration of a community or linguistic group as a minority should be on a state basis, and not on either a national or a district (or even more granular) basis. It said

The chief reasoning was that the law under question, in the particular case, applied to the entire state and hence the determination must be made on the basis of the state as a unit.

In the year 2002, in the TMA Pai judgement, a 11-judge bench of the SC revisited this question and re-affirmed the same view of the 1957 judgement. The question came up again because, by 2002, Education had become a concurrent subject from a state subject and hence the question of whether the entire nation ought to be the unit for declaring minorities arose. In this judgement, the honorable court said

“…As a result of the insertion of Entry 25 into List III, Parliament can now legislate in relation to education, which was only a state subject previously. ……… However, Article 30 gives the right to a linguistic or religious minority of a State to establish and administer educational institutions of their choice. The minority for the purpose of Article 30 cannot have different meanings depending upon who is legislating. Language being the basis for the establishment of different states for the purposes of Article 30 a “linguistic minority” will have to be determined in relation to the state in which the educational institution is sought to be established. The position with regard to the religious minority is similar, since both religious and linguistic minorities have been put at par in Article 30…”

In the D. A. V. College Bathinda, Etc vs State Of Punjab & Ors case, a 5-judge bench of the Supreme Court reiterated an earlier single-judge bench decision that the state shall be the unit for determining minorities. It stressed upon the point that a community being a majority in the country overall would not be a barrier in a particular state.

“…. In this view we rejected the several contentions which are also urged in these petitions namely that Hindus being a majority in Bharat are not a religious minority in ‘Punjab and held that the Arya Samajis who are part of the Hindu community in Punjab are a religious minority …..”

Definition of minorities in the NCM and NCMEI Act

Against these well-reasoned definitions of the Supreme Court in 11, 7 and 5 judge benches, the NCM Act of 1992 and the NCMEI Act of 2005 came up with its own criterion of who constituted a religious minority.

“Minority”, for the purposes of this Act, means a community notified as such by the Central Government

“minority , for the purpose of this Act, means a community notified as such by the Central Government

Under both these Acts, it is the Central Government that will determine the minority communities and that definition is applicable uniformly across the country. In other words, the determination is at the level of the country as a unit.

Clearly, the definitions are against the Supreme Court verdicts, and thus worthy of challenge.

Conflict between prayer and relief in the PIL

As we have seen above, the first relief sought by the PIL by Sri Upadhyay is to declare the above definition of minorities as void.

“direct and declare that Section 2(c) of the NCM Act 1992 is void and inoperative for being arbitrary, unreasonable and offending Articles 14, 15 and 21 of the Constitution of Bharat”

Now, let us look at the constitution of the NCM. It consists of (up to) 7 members, five of whom must necessarily be from the minority community.

Section 3(b) of the NCM Act says the following

“The Commission shall consist of a Chairperson, [a Vice Chairperson and five] Members to be nominated by the Central Government from amongst persons of eminence, ability and integrity; Provided that five Members including the Chairperson shall be from amongst the Minority communities”

The members of this body are chosen from those who are declared as minorities by Section 2(c) of the Act.

Now, if hypothetically, the Supreme Court had decided to adjudicate on the first relief sought, and had held that Section 2(c) of NCM Act was void, then it follows that the appointment of the members of the commission by the powers drawn from Section 2(c) is also void.

The PIL, by challenging Section 2(c), is essentially challenging the very composition of the commission. Till that question is answered, the validity of the commission is itself in doubt (for the purpose of the PIL and the reference to the commission). Therefore, one wonders at the appropriateness of referring the question of guidelines for defining minorities to a body whose very validity is being questioned in the very same prayer.

P.S: Apart from the above argument, the following points also merit consideration.

(This article was published on Pranasutra.in and has been reproduced here in full.)