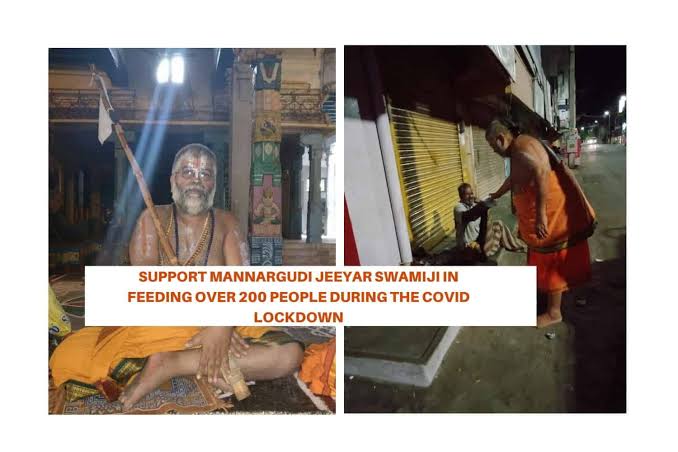 The line of succession at the Mannargudi Matha was broken and the pontiffhood was vacant for 125 years before the current seer was ordained. In his pontiffhood, along with his regular religious and cultural duties, the Mannargudi Jeeyar has taken it upon himself to reach out to Dalit communities and the most marginalized groups who live in segregated colonies in villages.

Jeeyar Swamigal is at present camped in Srirangam. He operates with a small staff of 2 people and a cook on contract. During the first wave of Covid-19 pandemic in 2020, the Matha fed 700 people two meals a day in Srirangam alone. In May 2021, the Tamil Nadu Government announced a limited lockdown. Due to this many small businesses will not be able to employ casual labour. Temple towns, where many homeless people congregate, dependent upon the generosity of pilgrims, will see much lesser crowds. 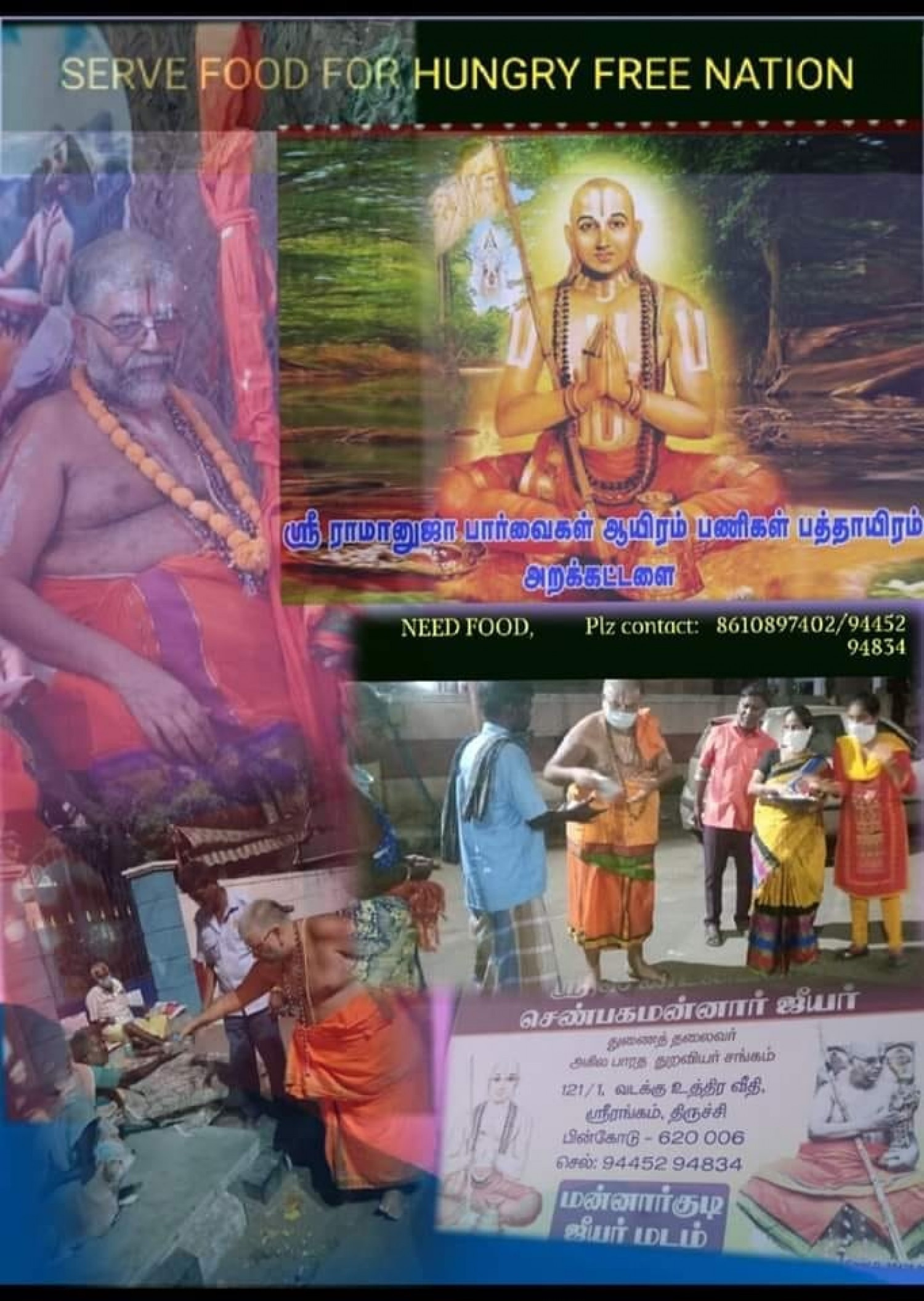 Many businesses will not operate. Daily wage labourers and the homeless will be affected. Mannargudi Jeeyar Swamigal is running a program to feed them. He has begun an extensive program of feeding 800 people per day at 5 different locations across Tamil Nadu – Srirangam, Mannargudi, Thiruvarur, Thoothukudi and Chennai. He estimates that a sum of Rs 35 can keep one person fed for a day. The overall cost for 20 days works out to roughly Rs 5.6 lakhs.

Donate for this campaign and be the recipient of Mannargudi Rajagopala Swami and Jeeyar Swamigal’s blessings.