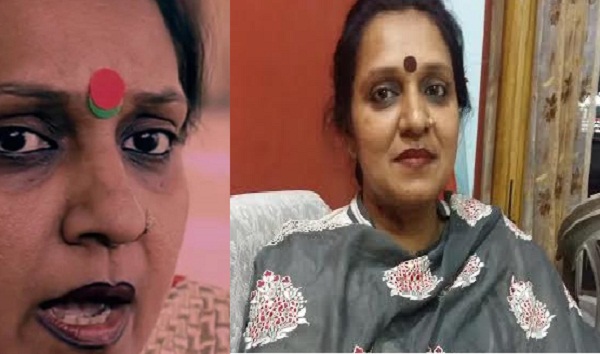 Advocate Chetna Sharma is a practicing lawyer who fights ‘Love Jihad‘, & founder of organization ‘Hindu Swabhimaan‘ under Akhara parampara . She has worked with Durga Vahini too. She is passionate about saving the youth from the concept of Love Jihad, which is a term casually dismissed by upper social strata of the urban society in Bharat today, specially the leftist liberals. She has met victims of Love Jihad and even rehabilitated few girls. Her organization is mainly focused on western UP currently but she hopes to expand gradually. The main aim of this organization is to make both young girls & boys capable of understanding and fighting (physically, mentally & emotionally) the menace of Love Jihad and related issues. She has been in news several times. I discuss the whole concept with her, her interview :

Below is the summarized transcript of the interview, every question and the key points of her each answer are being mentioned :

-Namaste Chetna ji, thank you for giving us time. Beginning from basics, please tell us what is ‘Love Jihad’.

– You are founder and president of ‘Hindu Swabhimaan’ . Please tell us about the work of this organization.

–You keep posting inspirational posts on Facebook. Please tell about about some cases of Love Jihad.

–I get surprised how these Hindu girls agree to wear Burqa/ Hijab and live that kind of life. I can’t figure out what attracts these girls to them…

-The issue of casteism…

-Your suggestions for Hindu family, the men of the families….

–Thank you Chetna ji for speaking to us.