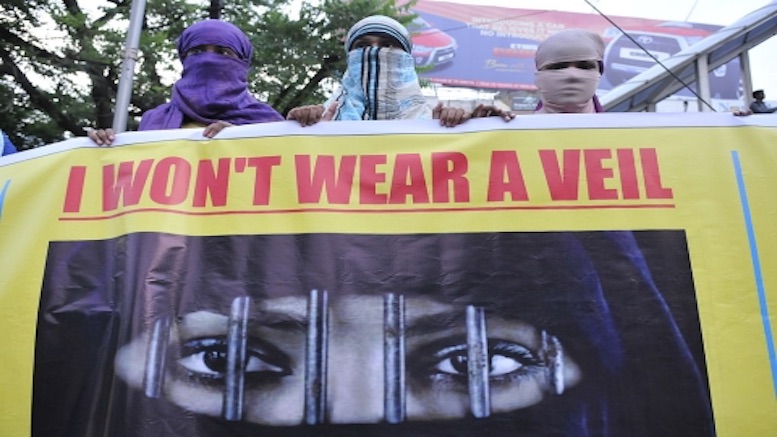 As there is a steep rise in the number of cases of conversion across the county, there is a need to probe the issue thoroughly. In this post, we will cover what Love Jihad is, how it is carried out, why is it difficult to prove, what are its consequences, and why there is a need for death penalty for this heinous crime.

What is Love Jihad?

Love Jihad a form of religious conversion in which a Muslim guy feigns love to convert a non-Muslim woman to Islam. Converting people to Islam through force, threats, abuse, and monetary allurements is as old as Islam. The adherents of Islam constantly experiment with ways to seek converts.

Love Jihad is the result of unbroken chain of experiments that have been adopted since the days of Caliphates. It is a new nut in an old chain. Only ill-informed people would express dismay at the expression of such a term.

How is it Executed?

In the most common variant, Muslim boys hide their religious identity and present themselves as Hindus before non-Muslim girls, especially Hindus. They not only change their names, but also their attire to trap unsuspecting girls. They would put Kalawa on wrists, take Hindu names (Nadeem becomes Nitin, Sharuk becomes Shobit), and would even put tilak sometimes to appear as Hindus.

In most of the cases it goes like this. A Muslim man (hiding his religious identity) targets a Hindu woman, especially beautiful and wealthy. He follows the woman wherever she goes, from coaching centres to colleges, from cinema halls to bazaars. He showers the woman with expensive gifts to win her heart.

Finally, the woman accepts the proposal, and over a period of time gets physically and emotionally involved with the guy. Taking advantage of the girl’s state of mind, the guy now reveals his real identity and forces the girl to change her religion and marry him. Or he will glibly make a virtue out of his fraud and try to guilt-trip the girl by asking, “would you have agreed to talk to me when we first met if you knew my real name?”

If the girl accepts to change the religion, the guy delays planned mistreatment. If she refuses, the real hell breaks instantly. The guy threatens to leak intimate videos over internet. She is repeatedly raped by friends and relatives of the boyfriend to teach her a lesson.

The fate of those who marry the guys in court or after changing their religion is no different. They are repeatedly harassed to bring money from their parents’ homes and after few years of marriage are dumped for other Hindu girls.

In another variant, the deceit extends to getting married in a temple – a meaningless ritual for the Muslim man pretending to be Hindu, but a momentous occasion for the Hindu girl. Some time after the ‘marriage’, the true identity of the man is revealed, sometimes when his first Muslim wife turns up, and life becomes hell for the Hindu girl.

If a Love Jihadi is snubbed, he can turn violent and sexually assault or murder the girl as we saw in the recent case with Nikita Tomar.

How is it different from normal fraud?

Love Jihad is not the same as other forms of cheating in marriage or betrayal in love. This is because it is an organized, theologically-sanctioned movement to convert or exploit non-Muslim girls. The girls are targeted because of their religion. It is not a case of sweet companionship gone sour.

In ordinary cases of fraud, only a guy is involved in cheating. But in cases of Love Jihad, other family members of the man and mosques/institutions which provide fake conversion/marriage certificates are also involved in the conspiracy and crime. The very foundation of this relationship is fraud with an aim to convert.

There are reports that Muslim men are funded by Muslim organizations to trap non-Muslim girls.

If not addressed immediately, Love Jihad has the potential to break society apart. There is a simmering anger among Hindus that nothing is being done by the government to check this growing menace. Not only are girls being converted, some girls are used as conduits for terrorism. According to news reports, some girls have travelled to Afghanistan and other parts of the world to become terrorists.

Despite the growing evidence of Love Jihad, there is an attempt on part of Muslim intellectuals and so-called secular forces to brush the phenomenon under the carpet.

Whosoever dares to speak against it is harassed by people in power and condemned by society at large. Ironically, not only Muslim intellectuals and politicians keep denying the reality of Love Jihad, many Hindus too refuse to believe it. The reasons for denial are obvious: It serves the long-term agenda of Muslims and that is to convert Bharat (Dar-ul-Harb or ‘House of war’ in their eyes) into Dar-ul-Islam.

Subverted Hindus in positions of power keep denying Love Jihad as they do not want to annoy Muslims, who serve their selfish ends. Even some common Hindus are oblivious to the danger of such conversion as they have been brought up on a heavy dose of flawed secularism.

Unfortunately, no one has ever been punished for Love Jihad. Emboldened by the lack of penal provisions for such frauds and a slack system, the offenders are on a preying spree, destroying lives and families. The girls trapped in Love Jihad rarely come out and narrate the stories of deceit.

This is understandable as there is often no support from families fearing social stigma, or from wider society and the system. They silently accept their fate. A very few who dare to come out find themselves alone after the initial outrage has died down. Many times, police refuse to help such girls as the guys involved are Muslims so the matter is immediately deemed ‘sensitive’.

Narrating her tale on Sudarshan TV’s show ‘Bindas Bol’, one victim said that she got no support from police, and even the lawyer she hired cheated her by not appearing in the court on the first day of hearing. Seemingly, he was bribed by the defendant’s lawyer in the court. Taking into account all these aspects, it becomes difficult to prove such frauds.

Love Jihad is not a figment of imagination of Hindutva forces as alleged by Islamists and so-called secular forces in the country. It is also not an election time rhetoric as alleged by these people.

The popular prime time show ‘Bindas Bol’ run every night at 8 P.M. is currently telecasting series of episodes on the issue of Love Jihad. So far, Sudarshan TV has aired 12 episodes on the issue. Each episode is an eye-opener and is a must watch for every Hindu, especially Hindu girls and parents who have daughters. Those who missed the shows could view these over internet.

The horrifying tales told by the women on the show would give you horripilation. The problem is so acute that if not addressed immediately, it would break society apart. So, there is an urgent need to frame stringent laws to tackle this menace, anything less than death penalty seems inadequate.