Logic and morality in the world of Ramachandra Guha 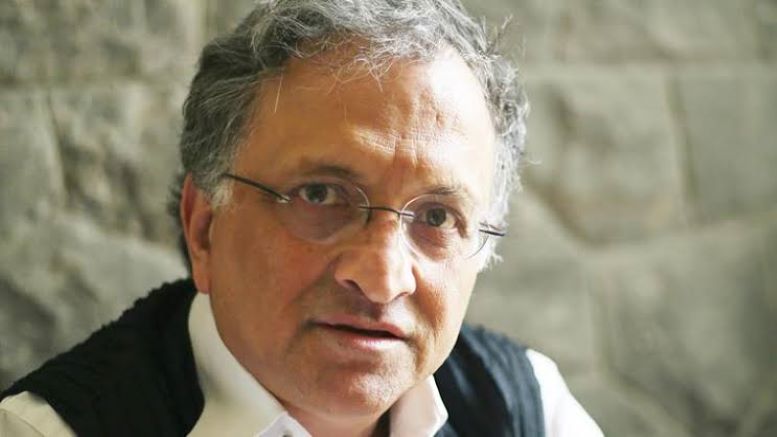 “Why the Narendra Modi government has invested so much political capital in the Citizenship (Amendment) Act (CAA) beggars the imagination. The Act is plainly illogical, not least because it leaves out of its purview the largest group of Stateless refugees currently living on Indian soil — Tamils from Sri Lanka — many of whom are in fact Hindus. The Act is also manifestly immoral, in that it singles out one particular religion, Islam, for particularly spiteful treatment.”

Since Guha has disposed off the main topics of his essay in his first paragraph itself, I am also restricted to only reacting to this one paragraph, since Guha does not give any additional arguments to support his claims that the CAA is illogical and immoral.

Let me begin with the argument that Guha makes about the “illogicality” of the CAA. His only argument (presented) is that the CAA leaves out the largest group of refugees on Bharatiya soil—Sri Lankan Tamils. Firstly, let us understand why these were not included in the CAA.

The CAA does not claim to be the solution for all refugee problems. It restricts itself to ONE PROBLEM: namely, those minorities in British India that fell on the “wrong side” (as it were) of the partition. Surely, just because a solution presents itself to this one problem, it cannot be called illogical since it does not solve another problem. It is like saying a medicine for a disease is “illogical” because it does not treat another distinct disease as well! Who is being illogical here? The CAA or Ramachandra Guha?

Sure, the Sri Lankan Tamil refugee issue is important, but it is a distinct issue, with a totally different history and different parameters for solution. In particular, it is not a result of the partition of Bharat, and the commitments made by previous governments (starting from Nehru’s) to solve the vestiges of partition do not apply to it. The CAA is a direct continuation and fulfillment of those commitments.

And turning Guha’s “argument” (if it may be generously called that) on its head: does Guha mean to say that if the CAA HAD INCLUDED Sri Lankan Tamils, that he and the Muslim mobs that ravaged the streets of Bharat these past weeks would suddenly have been happy and pacified? Were these mobs destroying public property to protest the exclusion of Sri Lankan Tamils from the CAA list? How ridiculous can Guha get?

Next let us get to the supposed “immorality” of the CAA, in Guha’s definition of morality. Once more, there is a specific reason that only Muslims are excluded from the CAA. Perhaps Guha is not aware that the Bharatiya subcontinent was partitioned on the basis of religion, with about 30% of its landmass allocated EXCLUSIVELY FOR AN ISLAMIC STATE! So by what logic can Muslims also be included in the CAA.

If they should, then why have the partition in the first place? The whole idea of the partition is that Muslims of the subcontinent, en masse, voted in favor of creation of a homeland for Muslims, which would be governed in accordance with Islamic principles (sharia). So under what basis can Muslims once more be included in the CAA? Are Muslims persecuted in Muslim countries like Pakistan? If so, then it is the logic of Pakistan’s creation that should be examined, not the CAA. The CAA is doing the right thing: namely, giving those minorities that are constitutionally and culturally excluded from these newly created Islamic states a chance to come to Bharat. Only Guha can find something immoral about that.

I want to end with an observation about the likes of Guha. An essay, whose main claim is that the CAA is illogical and immoral, and yet provides only one paragraph to support that claim, would have been failed even by a 6th grade essay teacher. The rest of the essay is a hotch-potch of half-facts and polemics. This man, who cannot write a proper essay, is regarded as an “intellectual” in Bharat. Why?

Well, he passes the test: he is fluent in English, and can speak with a clipped Oxford accent, just like that other “intellectual” Shashi Tharoor. The intellectual depth of both these people is inch-deep. They cannot present a single well-argued point in their favor. Yet, both have written books, and go around in literary circles pretending to be intellectuals.

This is something Bharat should examine: till when are we going to grant the “intellectual” title to someone just because he/she happens to be fluent in English; because that is all these people have (as also Burkha Dutt, Nidhi Razdan and several others). Their ability to cogently argue a point is next to nil. Let us free our public discourse from these charlatans.