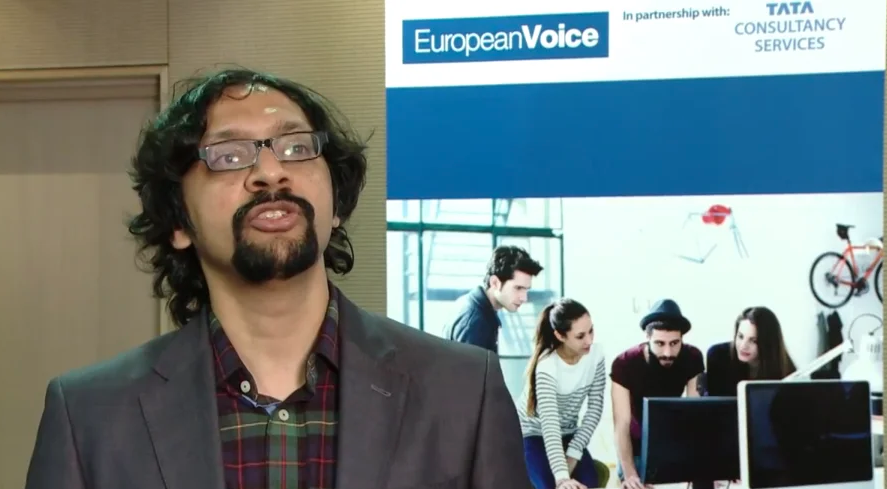 The entire country is braced for the Wuhan Coronavirus that has infected 1.3 lakh people and claimed around 5000 lives in over 100 countries of the world. The Union govt. and various state governments have announced drastic measures to contain the outbreak.

But even at such a critical time Indian liberals cannot resist displaying their elitist prejudices. First, a question was posed one twitter by one Ravi Nair, a journalist who writes for propaganda ‘secular’ Hinduphobic sites like The Wire, Newsclick, AAP mouthpiece JantaKaReporter and whose twitter bio describes him as a “Beef eater. Love to read”

Liberals are predisposed to viewing Northern states as inferior ‘cow-belt’ people. This stereotyping has grown especially strong in recent years after BJP came to power on the back of impressive electoral performances in Northern states, especially UP & Bihar. Our liberals, especially those from the South, have no love lost for the ‘uncultured’ North Indian Hindu. So Nair’s question was basically a signal for his buddies to spew their venom.

And Krish Ashok, Global Head, Digital Workplace Practice at Tata Consultancy, let us all know exactly what he thought of the ‘dirty, illiterate bhaiyyas’ of UP & Bihar.

There are 81 COVID19 cases in Bharat thus far, 65 from Bharat and the rest foreigners. The state-wise breakup: 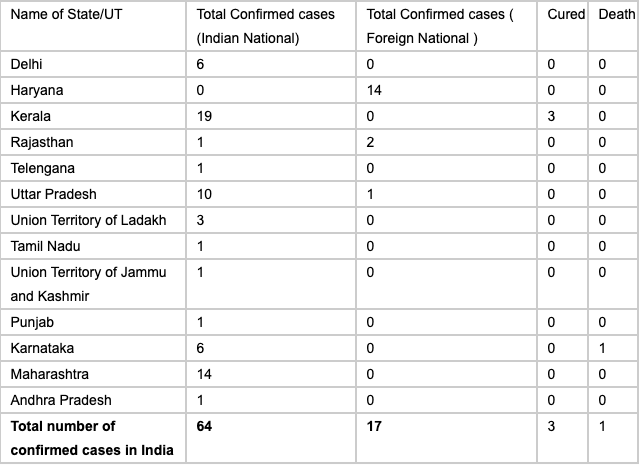 As can be seen, 10 cases in UP were tested and reported, and the infected people have been quarantined, just like in the rest of the country.

It is no secret that our public healthcare system is not the best in the world. There are regional variances as well, with the economically more prosperous Western and Southern regions having better governance systems in general. But what’s the point of indulging in such regional chauvinism?

If anything, UP is in far better hands today with a CM at the helm who managed to curb a disease like encephalitis that has ravaged East UP every year. People from various corners of the country, including a Southern state like Karnataka, have voted for a Gujarati PM because he is the best man for the job. Can supremacist elites develop this  simple common sense shown by far less erudite commoners?

And it’s instructive that the likes of Ravi Nair and Krish Ashok have special contempt reserved for UP & Bihar, but not the equally economically backward states like West Bengal and Odisha in the East. Could it be because the hate is actually for Hindi-wallahs, for those who have refused to follow the ‘progressive’ example of Kerala and West Bengal by voting for communism and ‘secular’ parties?

Should we use reports about how the Kerala family who returned from Venice Italy and evaded screening at the Kochi airport, or the 76-year-old from Karnataka (the first Bharatiya death from COVID19) who had returned from Saudi and whose family refused to follow medical advice, to generalise about those states? Of course not. We also heard how returnees from Italy threw a tantrum about facilities at the Manesar Army quarantine camp. These are all examples of selfish, irresponsible behaviour that we should avoid in this time of crisis.

This is the time to come together, support the Government & administration at all levels, follow whatever orders are issued for public safety, maintain personal hygiene and take all reasonable precautions.

Ironically, Krish Ashok, who has studied in the Delhi College of Engineering, is doing exactly what he accuses North Indian ‘Amits’ of doing regarding the South in this Buzzfeed article –

In 2007, a musical co-conspirator and good friend Harish, coined the term “Amit” to describe a certain specific kind of North Indian cluelessness, a form of ignorant arrogance wrapped in exuberant overconfidence and dipped liberally in the ketchup of intolerance.

The contempt dripping from Krish Ashok regarding the North shows just the kind of fringe which supports quasi-secessionist ideas like the ‘United States of South India’, or ‘Republic of South India’. One can only hope his regional hate does not impact the way he deals with his colleagues and juniors at TCS.