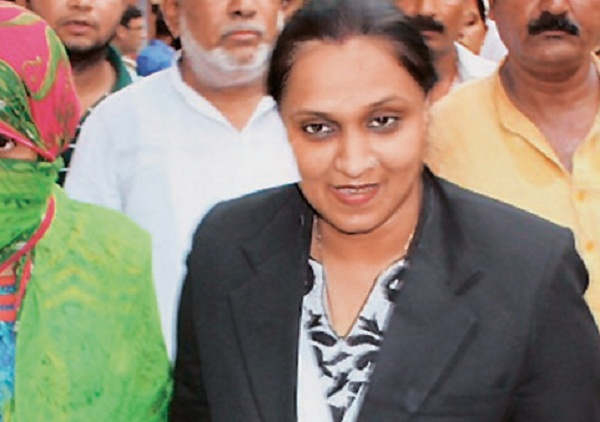 Advocate Chetna Sharma is a practicing lawyer from Uttar Pradesh, who fights radical Islam, especially ‘Love Jihad‘, & is founder of an organization ‘Hindu Swabhimaan‘ under Akhara parampara . She has worked with Durga Vahini too. She is passionate about saving the youth from the concept of Love Jihad, which is a term casually dismissed by upper social strata of the urban society in Bharat today, specially the left-liberals.

Chetna ji has met victims of Love Jihad and even rehabilitated few girls. Her organization is mainly focused on Western UP currently, but she hopes to expand gradually. The main aim of this organization is to make both young girls & boys capable of understanding and fighting (physically, mentally & emotionally) the menace of Love Jihad and related issues. She has been in news several times. This time we discuss the concept of Land Jihad with her, in this audio interview :

–Namaste Chetna ji, thanks for giving us time. Let us begin with the issue of demography change and issues arising out of it…

-But isn’t this still happening at a much smaller scale / infrequently….

-So, you mean the scale of this concept called ‘Land Jihad’ is already large?

–I think you are talking about Naeem Ghazi case..

–Every issue comes back on the issue of population and number of children only.. But our Hindu ancestry / vedic times never saw too many children from one woman…

–But urban population is not going to believe that this is happening, and that too at a large scale..

–It is difficult to identify Land Jihad disputes around, isn’t it?