Are Jihadi Motives Really a Mystery? 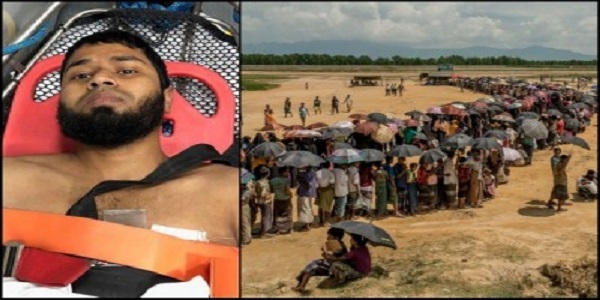 The so-called mainstream media’s approach to and apologias for Islamic terrorism have become as predictable as they are farcical.

In a recent piece titled, “A Mysterious Act of Mercy by the Subway Bombing Suspect,” the New York Times’ Jeffrey Gettleman portrays would-be suicide bomber Akayed Ullah—whose foiled attempt at Times Square subway last month could have massacred countless Americans—as just another Muslim youth angered at and responding to the mistreatment of Muslims, that is, a Muslim with legitimate “grievances.” This is clear from the opening sentences:

Before Akayed Ullah returned home to New York from his native Bangladesh … he had one last thing to do — an all-night bus ride by himself to help Rohingya refugees [Muslims]. After visiting relatives here in the capital city, Dhaka, he traveled across the country, slept in a mosque and under a tree, and passed out a few hundred dollars of medicine in the crowded refugee camps. “When he left [America], he seemed happy,” said his mother-in-law, Mahfuza Akhter. “But when he returned, he was so upset. He said those people were living in hell, each and every minute.”

“That lonely trip across Bangladesh in September remains a mystery,” Gettleman goes on to opine, wondering whether Akayed Ullah was “following his own heart, reflecting some sort of inner struggle as he headed toward his first known act of violence and self-destruction.” Gettleman claims to base this “tragic hero” image of the would-be Muslim suicide bomber on “extensive interviews with more than a dozen friends, relatives and acquaintances,” all of whom (opportunistically?) say that Akayed Ullah was “outraged by injustices inflicted on Muslims. He was also described by several people who know him well as loving and giving.” According to Gettleman, such claims “still leave a hole” as to why he did this.

And so it goes. To anyone paying attention, the NYT’s portrayal of Akayed Ullah is virtually boilerplate; the duplicate structure of the portrayals of all Islamic terrorists who strike at the United States. Recall, for instance, when Abdul Razak Ali Artan—an 18-year-old Muslim refugee from Somalia, who was receiving aid from Catholic charities—rammed his car into a building at Ohio State University, then got out and stabbed people with a butcher knife, hospitalizing some 13 people. CNN, NBC, the Washington Post and many others sought to rationalize away Artan’s violence by citing one of his Facebook posts where he wrote, “Seeing my fellow Muslims being tortured, raped and killed in Burma led to a boiling point. I can’t take it anymore.”

The problem with both Akayed Ullah’s and Artan’s supposed “grievances” is twofold. First, the obvious: how, exactly, does terrorizing and slaughtering Americans make up for the plight of Rohingya Muslims in Burma/Myanmar? If Akayed Ullah and Artan were primarily motivated by the suffering of the Rohingya, shouldn’t they have sought to terrorize and kill Burmese—not Americans?

Secondly, while media and other “experts” routinely portray such Muslim terrorists as being motivated by the “love” they feel for fellow Muslims—as when former CIA operative Michael Scheuer described Osama bin Laden as a man of love, comparing him to Robin Hood—this “love” is itself another reflection of Islamic supremacism and the flipside to the Islamic doctrine of Loyalty and Enmity: just as Muslims are obligated to hate and fight non-Muslims, so are they “obligated to befriend a believer—even if he is oppressive and violent toward you—while he [the Muslim] must be hostile to the infidel—even if he is liberal and kind to you” (The Al Qaeda Reader, p. 64 ). Or as the Koran (48:29) more succinctly puts it, Muslims “are forceful against the disbelievers, merciful among themselves.”

Simply put, Akayed Ullah’s terror attempt is a byproduct of Islamic teachings that make the non-Muslim enemy number one, regardless of any real or imagined “grievances.” The reason Akayed Ullah struck the U.S. as opposed to Myanmar is probably because the latter has more “draconian” security measures that made America an easier target. Ironically, Bangladeshi authorities, who said Akayed Ullah “was closely following several jihadist websites,” come closer to the mark: “He seemed to have this hatred for America,” said Monirul Islam, the chief of Bangladesh’s counterterrorism police operations. “We’re not exactly sure where it came from.”

While the answer is self-evident—the hatred came from jihadi websites that preach hate for all infidels 24/7—at least Bangladeshi authorities do not offer silly and sappy motivations such as “grievances,” which is more than can be said for so-called mainstream Western media and their nonstop efforts to portray Islamic aggressors as “tragic heroes.”

-By Raymond Ibrahim is a Judith Friedman Rosen Fellow at the Middle East Forum.

This article originally appeared on www.meforum.org