Islamists need no excuse for ethnic cleansing of non-Muslims, many radicals sheltering in Awami League – Hasina has to take responsibility for law & order failure 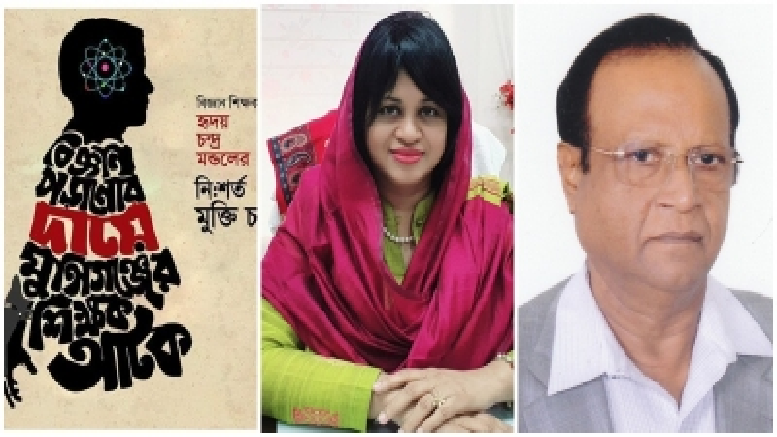 Islamists in Bangladesh are being financially empowered by Pakistan and China to organise militancy against India, the pro-liberation forces and the ruling Awami League, led by Sheikh Hasina, warn several key figures including a former judge and army personnel.

Fundamentalist groups are trying best to establish the country as an “Islamic country” but still, there is a strong and committed secular section, although it is dwindling after the assassination of Father of the Nation Bangabandhu Sheikh Mujibur Rahman along with his family, and at least four leaders, labelled “anti-Islamic”, over the last few decades.

Sheikh Hasina’s re-introduction of secularism into the Constitution, even though while not expunging Islam as the state religion, did not make Islamists very happy, as well as her crackdown on extremists who have killed secular bloggers and were responsible for terrorist incidents.

The communal violence during the auspicious Durga Puja season in Bangladesh proves the scenario, as well as the harassment of a teacher for wearing bindi by a police official recently.

The violence perpetrated by Islamist fanatics, most probably belonging to JMB, or Shibir, the youth wing of the pro-Pakistani Jamaat-e-Islami (JeI) has continued in the country till now.

While the Jamaat was always notorious for collaborating with the Pakistani army in committing genocide during the war of liberation in 1971, members of two other Islamist organisations, the Islami Andolon and the Hefazat, and the banned militant outfits JMB and ABT have been held recently by police in connection with such attacks.

Sheikh Hasina, keeping with her promise to stay with secularism, sought that the perpetrators be hunted down, but the police are still slow to take action – even when violence broke out and temple and the idols were vandalised.

“Even some of the Awami League leaders openly announced they would convert the Hindu people to Islam at that time… As some Awami League (AL) leaders have been complicit in anti-Hindu violence over the years, Hasina cannot wish away these allegations. Fanatics, indeed, have a well-planned policy of infiltrating the party in power,” former Supreme Court judge, Justice Shamsuddin Ahmed Manik told IANS.

The orchestrated communal violence is a deep-rooted conspiracy, say intellectuals and the secular forces. The JeI has been seething in anger over the trial and execution of its top leaders for war crimes, committed in 1971, and is thirsting for revenge. Islamists are determined to embarrass Hasina and derail her policies, they say.

“The last instance of such large-scale communal violence was in 2001, when the Bangladesh National Party (BNP)-Jamat alliance, led by Khaleda Zia, won the election. BNP and Jamat killers organised communal attacks, before the Durga Puja season in October 2021, as they did in 2001,” says an observer.

The then Indian Prime Minister Atal Bihari Vajpayee sent his National Security Adviser Brajesh Mishra as a special envoy to engage with the new government. Mishra conveyed India’s concern over communal violence to Khaleda Zia. It had its effect and the violence stopped. Deputy High Commissioner Punak Ranjan Bhattacharya said in his column recently that he was an eyewitness to these events.

Apart from the ethnic cleansing started on 1947 by the Pakistan Army-paid JeI, the collateral benefit of grabbing properties and land belonging to the Hindu community was, and remains, a strong motivating factor in Bangladesh.

Bangladesh Economic Association President and Dhaka University Professor Abul Barakat, in his seminal work on the dispossession of land, has estimated that Hindus have been reduced to 8 per cent of the population from around 29 per cent in 1947.

Claiming that around 600-700 Hindus are uprooted from their land and migrate to India every day, he estimates that in the next 30-40 years, there will hardly be any Hindus left in Bangladesh.

As a target of ethnic cleansing, non-Muslims, atheists, and open thinkers are targeted by the pro-Pakistan and banned militant outfits, as they are dispersed in small numbers all over Bangladesh.

The case of Hriday Chandra Mondal, a science and mathematics teacher of Munshiganj, arrested on charges of blasphemy in a pre-planned conspiracy of the Islamists of the country, is a case in point.

International human rights watchdog Amnesty International has called for the immediate and unconditional release of Mondol, who has been in judicial custody after being denied bail twice. The next bail hearing is scheduled for April 10.

In March 2018, two Hindu teachers – Krishnapada Mouli and Ashok Kumar – of Bagerhat Hijla High School were jailed for six months for alleged blasphemy remarks that sparked anger among people in the neighbourhood, as per police officials. Under a British-era law, insulting any religion is treated as a criminal offence in Bangladesh.

Condemning Mondal’s arrest, Amnesty International raised concerns about the “arbitrary detention” and “growing criminalisation” of the right to freedom of expression in Bangladesh in a statement on Saturday.

The teacher’s case only exacerbates the situation and represents a direct threat for one of the last bastions of free expression in the country, it said.

“Anyone should be free to discuss ideas and opinions of all kinds without fear of reprisals. Hriday Chandra Mondal is solely for exercising his right to freedom of expression and must be released immediately and unconditionally,” Amnesty’s Deputy Regional Director for South Asia, Smriti Singh said.

“Hriday Chandra Mondal’s detention is emblematic of a disturbing trend in Bangladesh where the space for free expression is rapidly shrinking. Detaining a teacher for simply discussing ideas in class sets a dangerous precedent where even challenging students to think critically can now land someone in jail,” she added.

Justice Manik says Islamist forces in Bangladesh are jubilant at the Taliban takeover, and may well have been encouraged by Pakistan’s Inter-Services Intelligence (ISI) by their paid militant force Jamaat-e-Islami, as the verdict of International Crime Tribunal.

He said Pakistan and the Islamists are extremely annoyed with Hasina’s close ties with India, whereas China is investing huge money in media and political parties, as well also to militants, to make them anti-Indian.

Veteran freedom fighter and author, Maj A.S.M. Shamsul Arefin, talking to IANS, tsaid that due to the absence of cultural movement in Bangladesh for last few years, Islamists are during Ramadan, they are empowered by even the ruling party, whereas BNP and Jamaat are promoting and financing fanatics and fundamentalist attacks against innocent people, by the name of Islam.

He also mentioned that in last 10 years, many fundamentalist leaders sheltered inside the ruling Awami League

Arefin said that the biggest challenge for Sheikh Hasina is to complete the election with constitutional framework, and it has to be seen how she can bring in the BNP for a participatory election. “She cannot go out of the constitution”.

However, he noted that in the last 13 years, Sheikh Hasina led an stable country, without any hartal or grenade attack or repetition of a militant attack like Holey Artisan Bakery. “She has proved herself amazingly, as a successful leader of the state, as well as a promising world leader,” he said.

Justice Manik said that India is a true friend of Bangladesh, and after the series of attacks and vandalising of temples during the Durga Puja, it had reacted cautiously, because bilateral ties have prospered under Hasina.

“Security and intelligence cooperation has delivered dividends that have built mutual
trust and confidence.”

He also said that Hasina “has obliquely passed some blame on to India, saying that nothing untoward should happen there that impacts the situation in her country”.

“She is implying that anti-Muslim incidents in India encourage the Islamists to exact revenge on Hindus in Bangladesh. Islamists need no excuse for furthering their agenda. They will invent one and trigger violence as they have done this time around. Bangladesh has to take ownership and responsibility for the failure of law and order.”