How an anti-halal movement is taking shape in Kerala 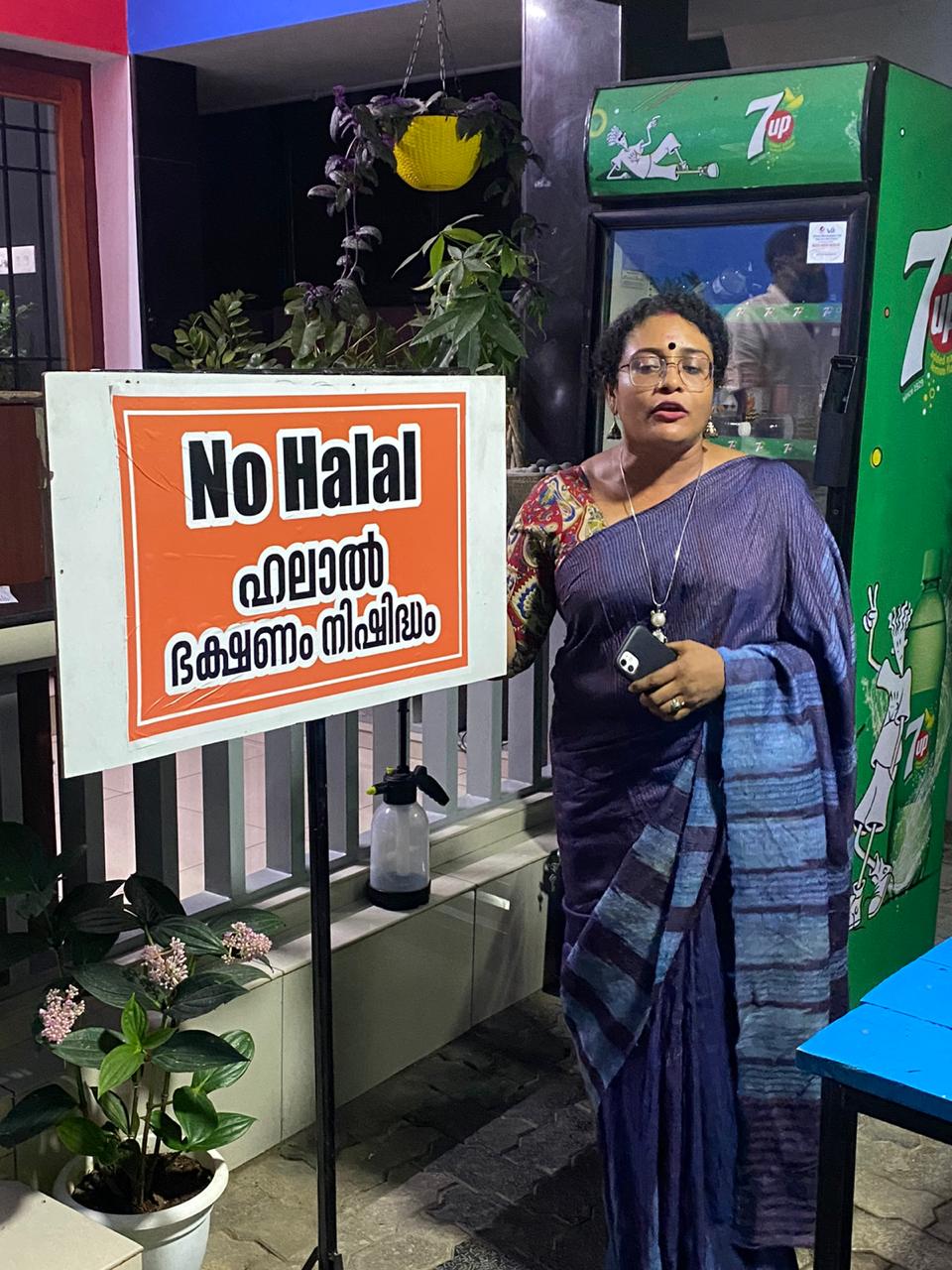 Officially, a quarter of the population in Kerala are Muslims. Disproportionately, they own most of the restaurants where they serve only halal food. Unhindered, the looming menace of halal and its entrenchment has reached even vegetarian food. Halal was originally introduced slyly, in the case of non-vegetarian food. Now it has become mandatory for a Muslim to kill the animal for the meat to be halal. It is also a crude method of torturing the animals by bleeding them to death and disemboweling it when still alive.

Hindu and Christian butchers are boycotted by Muslims. All meat shops and restaurants are now mostly owned by Muslims only. They control the food business with their halal policy. Other maladies apart, they also actively promote beef-eating among vulnerable sections of the non-vegetarian Hindu community.

Last year, in the build-up to an otherwise muted Christmas, a few groups of young Christians belonging to the Orthodox and Protestant churches, openly came out expressing their displeasure over the way in which Halal food was being thrust upon them. They took it upon themselves to distribute meat amongst themselves using the non-halal method to kill the animals. Although Catholic heads of the church openly condemned this decision citing secularism, fissures in the Christian society were visible.

Most Muslim traders are aligned with the Indian Union Muslim League (IUML). The IUML with 18 seats (out of a total of 140) in the Legislative Assembly is also the second-largest member of the United Democratic Front (UDF) headed by the Indian National Congress (INC). 2 out of those seats are in Kozhikode and 11 in Malappuram. Even though in opposition, they hold tremendous sway amongst the political elite in Kerala.

The IUML leadership claimed that the movement against halal is “a controversy targeting Muslims” and “an attempt to create division amongst people”. They conveniently forgot the fact that it was they themselves that brought the bigoted Halal system into our society in the first place. Their frustration arises since Halal certification and implementation is big business and the profits too were and are still being reaped by only one section of our society.

Even though the IUML has a violent past, currently they claim to have a ‘moderate’ outlook. That is not the case with elements in the Socialist Democratic Party of India (SDPI). SDPI cadre is known to believe in extremist ideologies and is openly violent. They are known to kill and maim anyone that crosses their path. Being a monopoly of sorts and since it is big business (tonnes of meat, fish, and vegetables are imported into Kerala from both far off and neighboring states, every day) the SDPI is also ingrained in the business community.

Against all odds, a Hindu lady entrepreneur decided to stand up against this injustice and opened a restaurant in Ernakulam that caters to the needs of other sections of our society. This gave birth to a Non-Halal Movement in Kerala. Last month, Mrs. Thushara with help from her husband Mr. Ajith started a new restaurant venture naming it Nanduzzz. The board outside says Halal food is prohibited in her restaurant.

The response from Islamic fundamentalists was post-haste and a campaign of social media insults and threats with women taking the lead in opposing and abusing Thushara began in earnest. Some local journalists and media too joined in the chorus against her.

Unhindered and with help from several Hindu organizations, she decided to persevere. Her attitude has won her many fans and now both Hindus and Christians are openly congratulating and supporting her venture. She is a pioneer who has shown us that we have to overcome a particular mindset where the food and eating habits of a particular section of society cannot be thrust upon the majority as a whole. She has unchained religious communalism from food and shown us the path to equality.

Thushara is also planning another restaurant using the same theme and is also helping local unemployed youth in setting up vegetable and fish businesses in her vicinity. The wishes of the Hindu society are bearing fruit thanks to the baby steps undertaken by this strong-minded lady.

In the race to appear secular and with appeasement of a particular community in mind, the ruling Communist Government has rushed in. A criminal case under section 153A of IPC has been registered against RV Babu, the State General Secretary of Hindu Aikya Vedi. This section pertains to promoting disharmony between different groups on the basis of religion, race, language etc. RV Babu has been working tirelessly against Halal.

Had Halal boards not appeared in the first place, would there have risen a need for a Non-Halal board?