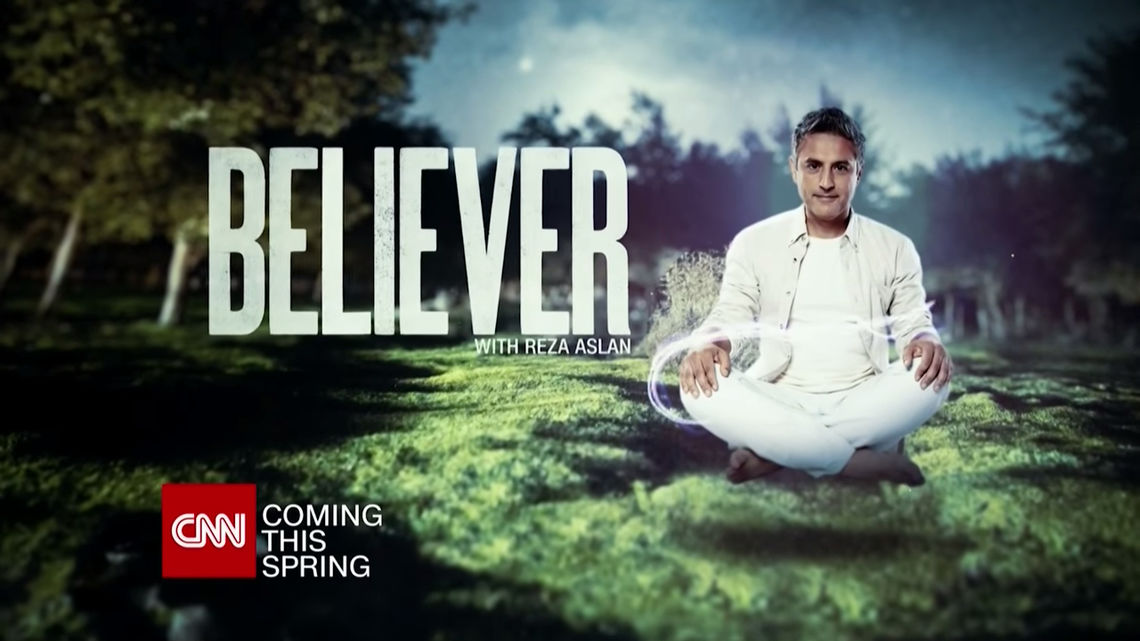 March 13, 2017. New Jersey. Hindu students from all over the United States have expressed strong disappointment and opposition towards CNN’s ‘Believer’ Episode on Hindu Dharma, which aired on March 5th and showed a heavily derogatory and out-of-context depiction of Hindu Dharma and Bharat.

In the episode, contributor Reza Aslan visits the Hindu holy city of Varanasi, Bharat to learn about Hindu Dharma and ends up focusing on the stereotypes commonly associated with Hindus, while eating brain parts and covering a tiny sect that is supposedly cannibalistic. Aslan also declares the holy river the Ganges as “one giant toilet” and the city of Varanasi as the “City of the Dead.”

“Reza Aslan’s ‘Believer’ uses images of a ‘cannibalistic Baba’ for the sake of shock value, risking conflation of ‘extreme practices’ with mainstream Hindu Dharma, much like what happened with ‘Indiana Jones and the Temple of Doom,’” remarked Parth Parihar, Hindu Students Council (HSC)’s General Secretary, who also wrote an article in the Huffington Post critiquing the episode on Hindu Dharma. “Worse, by continuing to refer to the Aghoris as the unique sect trying to ‘upend the caste system embedded within Hindu spirituality,’ the episode continues to spread the idea that caste discrimination is sanctioned by and inherent in Hindu practice – a blatant falsehood.”

Hindu Dharma, a tradition over 5000 years old, has been the source of yoga, vegetarianism, the numeric system and many other achievements in science, arts, medicine and other fields and has inspired famous people such as Emerson, Thoreau, George Harrison and Julia Roberts, among many. In addition, Hindu Americans are famous for their scientific and technological prowess and continue to be among the highest per capita earners in USA.

HSC also sat down with noted author and public intellectual Rajiv Malhotra to analyze various clips of the episode and show why such over the top, inaccurate and inflammatory depictions do nothing more than spread hatred and misconceptions about a tradition that many Americans are vaguely familiar with. Shyam Bhatt, the president of HSC at Stony Brook University also expressed his concerns. “Aslan’s ‘Believer’ painted the already misrepresented Hindu Dharma in a barbaric light. On a college campus with a liberal climate where someone like Aslan is revered, his words had a huge impact on reinforcing the misunderstanding and prejudices already faced by Hindu American students.”

In today’s environment, where two Hindus were killed while other minorities have been subject to hate attacks and harassment, such episodes further exacerbate these situations and lead to bullying of high school and college students. “As a practicing Hindu, it saddens me to see someone, who I regarded as a well-respected ally and scholar of all religions, depict the whole of Hindu Dharma to a global audience as a small and radical sect,” added Nikita Shukla, the president of HSC at Tufts University and International Relations and Economics major. “I firmly believe that we should be creating conversation that unites people of all faith, rather than misleading through sensationalized sound bites.”

Raghavprasanna Rajagopalan, a second year Computer Science and Biology student at Northeastern University, also agreed and added: “No matter what was intended by the ‘Believer’, the end result was that it did not have the desired effect, and it will be harder for Hindus here to be proud of their religion because all of a sudden, the Aghori Baba is what will come to mind when you say ‘Hindu’.”

HSC joined 50 community organizations, temples and spiritual centers protesting the ‘Believer’ episode at CNN locations in New York, Atlanta, Houston and other cities. It will also be holding important conversations within universities as well as the larger community to ensure that mainstream Americans, media and our own youth develop a better understanding and appreciation for the Hindu tradition.

Hindu Students Council (HSC) is the largest Hindu youth organization, with 50 chapters in North America. Started in 1990, HSC provides college students and young professionals the opportunity to learn about Hindu heritage and culture, as well as advocates for issues impacting Hindus. For information, please visit www.hindustudentscouncil.org or contact us at [email protected].

(This press release was shared by Nikunj Trivedi, Chairman, Board of Trustees, Hindu Students Council)