Which Hindu wouldn’t have heard the name of Gita Press Gorakhpur? Which Hindu household wouldn’t have at least one publication from it – Gita, Mahabharata, Upanishadas, or at least the Hanuman Chalisa booklet – from over 2,000 sacred granthas published by it in over 20 languages?

In the last 98 years of its existence, it has printed and sold over 580 million copies of granthas, including over 110 million copies of Bhagavad Gita – all at a very small price (the basic Gita is for Rs 7) with the highest standard quality of paper and printing.

The origin of the idea for Gita Press is in a prison cell of British Bharat at the turn of the last century. Hanuman Prasad Poddar was a young son of a Marwari business family in Kolkata. He was drawn to the activities of Anushilan Samiti revolutionaries – with the likes of Aurobindo Ghosh.

This young Marwari, Hanuman Prasad Poddar, used his family’s godowns and network to help the revolutionaries procure and store arms. As a result, he was arrested, tried and imprisoned in Alipore prison (where Aurobindo Ghosh also was kept.) That is where he started studying Gita.

He was eventually released but his love for Bhagavad Gita continued. He eventually came in contact with Bal Gangadhar Tilak and was very influenced by Tilak’s take on Gita. He also studied other commentaries & translations and started to write about Gita himself.

It may be difficult to imagine today but there was a time when a good copy of Gita was not so easy or handy to find. Poddar was very sorry to see this. On the other hand, Calcutta being the capital of missionary activity, Poddar used to see Bibles distributed everywhere.

Poddar decided that he would edit, finance, and mass print thousands of copies of Bhagavad Gita – on as good quality paper as possible and distribute these at an extremely small price – the smallest coin of 1 paisa. This was in mid of 1910s.

He was joined in the enterprise by Jaydayal Goenka, a fellow Gita enthusiast and an older close relative, also a more resourceful businessman as well as one who was better versed in shastras and an eloquent speaker.

The first printing project was however a disaster. Both the young fellows were disappointed that the first batch of Gitas, despite very careful proofreading by Poddar, had a large number of spelling mistakes. The copies had to be destroyed.

They, then, chose another printing press and yet, to their utter disappointment, there were still many mistakes. But Poddar would not accept a single error. When Poddar insisted on a reprint, the printing press owner said, half in jest, print it yourselves. Poddar liked the idea!

His older cousin Jaydayal Goenka had some estate in Gorakhpur. They decided to establish their own printing press “Gita Press”, at Gorakhpur with Poddar to oversee editing and proof reading himself along with Hindi translation. Thus in the year 1923, Gita Press came into existence. It was inaugurated by Dr. Rajendra Prasad.

Poddar engaged scholars of Tamil, Telugu, Kannada, Bangla, Marathi and Gujarati for simultaneous translations as well as Pandits for starting the work on the other granthas, especially Mahabharata, Ramayana and the Puranas. He also hired artists from all over Bharat for religious art. Here are some artworks of Gita Press artists from 1930s and 1940s – 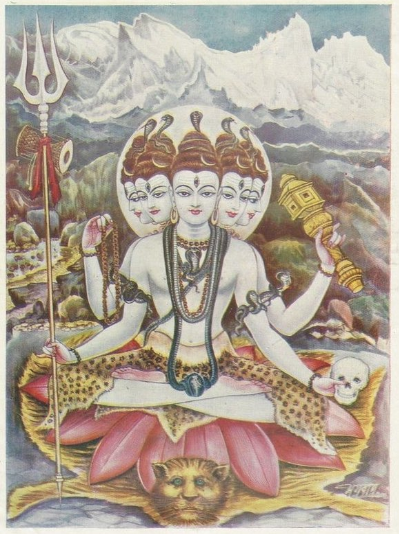 There were the likes of Venkateshwara Press and Anand Ashram that were already printing texts since the last few decades and Ravi Varma had already established a lithograph press. But the key for Poddar was that every Hindu throughout Bharat should be able to ACCESS and AFFORD them.

One of those days, although according to some it was the idea of Ghanshyam Das Birla, the thought of publishing a monthly magazine focusing on Hindu matters occurred to the cousins Goenka and Poddar. Under Poddar’s editorship, the first issue of ‘Kalyan‘ (कल्याण) was published in 1926.

Kalyan magazine, today subscribed by over half a million households, carried no advertisements ever. While Gita Press was and is not for profit, thanks to the business acumen that came naturally to the two Marwari cousins, coupled with Dharma at heart, within the first 5 years in operation, Gita Press spread out into a successful large catalogue and a vast distribution network.

By 1930s, Poddar had expanded the coverage to both the itihasas, all the Puranas, the main Upanishadas, important Sutra literature like yogasutra and brahmasutra, key bhashyas by the teachers along with their translations in Hindi and 8 other languages and posters like these. 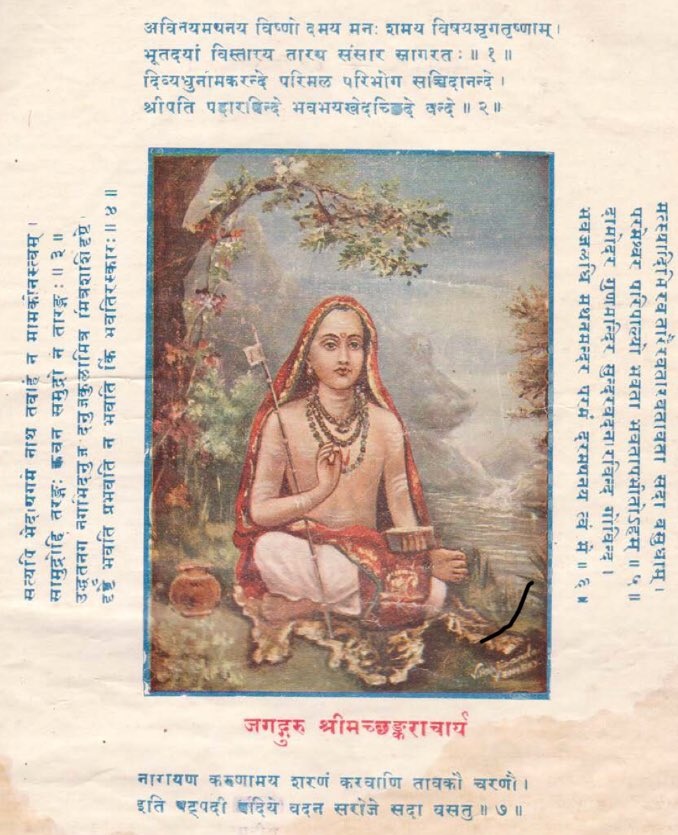 Now Poddar started on Bhakti Literature like Tulsidas’ Ram Charit Manas and Vinay Patrika, Surdas’ Soor Sagar and others. His vision was beyond Hindi. Tamil texts like Kamban’s Ramayana, Andal’s Thiruppavai, Telugu text like Potanabhagavatamu, etc. were also considered by him.

Gita Press in Gorakhpur became a place where scholars from across Bharat – speaking, writing, translating in many languages – mixed and cross-pollinated. The Gita Press entrance was designed to look like a miniaturized mixture of the Meenakshi temple and the Kashi Vishwanath temple. 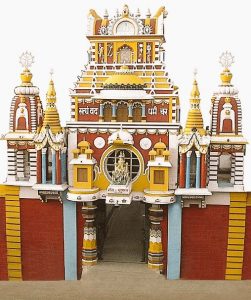 Now unlike many others, Poddar and Gita Press were not blind from this-worldly challenges of Hindus. In mid 1930s-40s, Poddar was very vocal in condemning the policies of Indian National Congress. While earlier he was a Gandhian himself, now he wrote to Gandhi challenging his interpretation of Gita.

Poddar was in communication with Savarkar as well. When Savarkar returned from Andaman, Poddar went to Mumbai and met him. Gita Press actively promoted Gauraksha and removal of untouchability.

Few people know about the collaboration of Gita Press and the Gorakh Matha. Presiding head of the Matha is also “sanrakshaka” (protector) of the Press and honorary head (currently Yogi Adityanath is the Sanrakshaka).

Gita Press also has a very rich archive to preserve some more than 6,000 manuscripts of different granthas in many languages. It also curates a museum of religious art works from across Bharat, running into many hundreds.

The great service done by Hanuman Prasad Poddar and Jaydayal Goenka to make available various Hindu texts at affordable price to the public had, in a way, played a significant role in bringing Hindus together. It won’t be wrong to say that even today, every Hindu home has some or the other book that has been printed at the Gita Press Gorakhpur.

(This article has been compiled from the tweet thread of @bhAratenduH )

We urge every Hindu to visit the Gita Press website and make it a habit of gifting sacred texts ordered from there to your near and dear ones, as well as local community libraries.