From Danish’s religion, Liton Das’ puja wishes to Sania’s skirt, they spare none 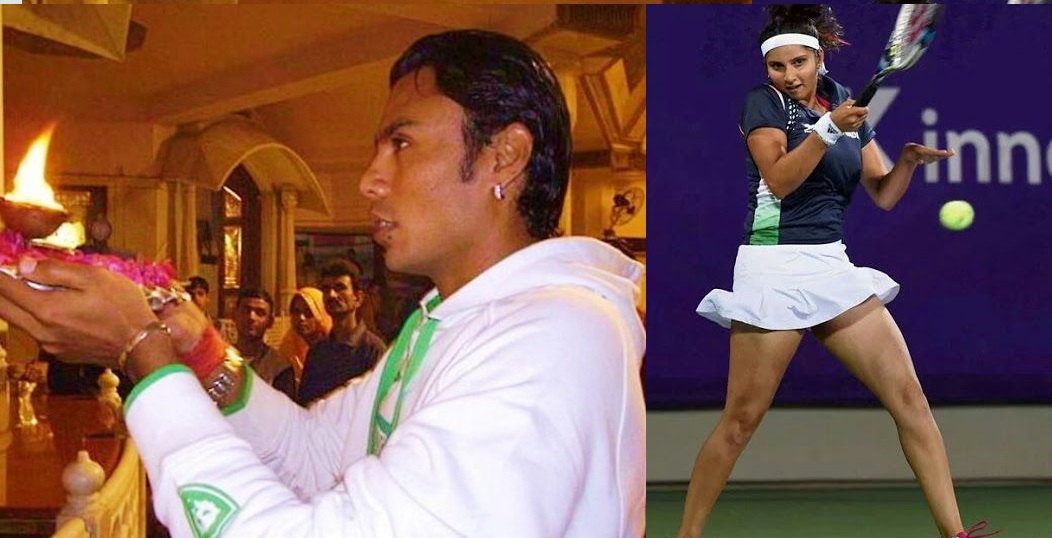 Perhaps it is just now that Shoaib Akhtar has exposed the discrimination faced by Danesh Kaneria as a Hindu cricketer in Pakistan, but the Islamist mindset’s battle with sports and sportspersons is not new. Sometimes it is Islamist sportspersons with bigoted mindsets who turn on their colleagues, at other times it is the Islamist ‘fan’ who make things tough for athletes – both Muslim and non-Muslim.

That Danish was humiliated and discriminated against by his own teammates, solely because he was a Hindu, is out in the open. The cricketer has himself shared in an open letter, what a pitiable life he is leading in Pakistan without help from anyone despite repeated appeals.

Now, netizens have discovered an old video of Shahid Afridi, in which he not only disrespectfully mocks the sacred Hindu ritual of performing aarti, but also boasts that he had once destroyed his television as his child imitated this ritual after seeing a show on Star Plus. The audience breaks out in applause hearing this story of naked bigotry, exposing how deep the virus of Islamism has gone in Pakistani veins.

This is reality of secularism in Pakistan, TVs are broken for showing Hindu rituals & people applaud it pic.twitter.com/PXKcs5wcyf

One more truth that came to limelight again due to the entire Danish Kaneria episode, is the strange case of Pakistani cricketer Yousuf Youhana’s conversion to Islam. This former captain of Pakistan’s Test and ODI cricket teams, was once a Christian. He made the decision to convert and changed his name to Mohammed Yousuf after attending regular religious preachings of Tablighi Jamaat, an organization which developed an outsize influence on the Pakistani cricket team after an ex-cricketer Saeed Anwar became a Jamaat preacher.

Later, Yousuf convinced his wife Tania to accept Islam and become Fatima. His mother, outraged to learn this, disowned him stating, “I don’t want to give Yousuf my name after what he has done.”

There are murmurs that Yousuf was pressurized to convert due to societal prejudice and by a desire to become a long-term captain of the Pakistan cricket team. This is what a Pakistani cricket writer wrote in 2006-

“Rare today in Pakistani cricket is the public soundbite, or even private utterance, not bracketed by bismillah (in the name of Allah) or inshallah (God willing). The team prays together fastidiously, recites ayats (Koranic verses) in its huddles, and celebrates personal and collective milestones with the sajda (the act of kneeling in Muslim prayer); they all fast during Ramadan, some even during games.

His name has become so integral to strategy that an English journalist remarked during the winter tour that Allah should be Man of the Series. Even Danish Kaneria, a Hindu and now the solitary non-Muslim, peppers his talk with inshallah.” Though the boxer gave it back to the haters, unlike the Aamir Khan of Bharat who goes blind to the bigotry of his co-religionists, we are not going to swoon over the man. His Pakistani blood spoke through when he flew all the way to the LoC to spew venom against Bharat after the abrogation of Article 370 and 35A. You can take a Pakistani out of Pakistan, but you can’t take anti-Bharat bigotry out of the Pakistani.

Apparently, Pakistan is not the only Islamic country that believes in discriminating and attacking its non-Muslim players. Bangladesh, which was East Pakistan some 40 odd years ago, follows the footsteps of its now severed half, blindly.

Bangladeshi Hindu cricketer Liton Das was slurred for his religion and shamed for sharing images and wishes of Durga Pooja on social media. The curses degraded to a level that one Mohammed Metun even compared the existence of Maa Durga to the soreness in the paw of a dog in a Muslim’s home (keeping a dog as a pet is haram in Islam). Against the incessant flurry of hate, Liton was forced to concede and remove the picture. 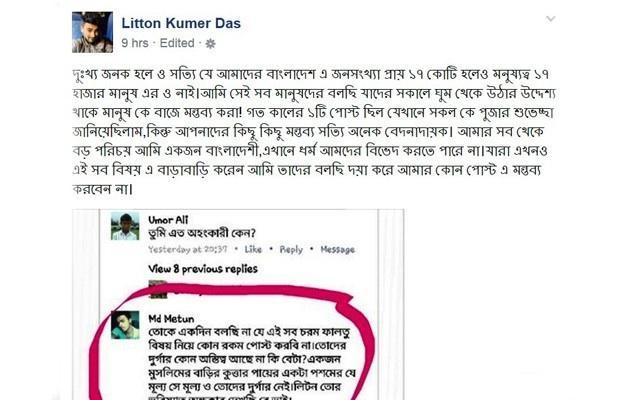 Much like Yousuf Youhana, now Md. Yousuf, former Bangladeshi cricketer Ranjan Das had also converted from Hindu Dharma to Islam, and is now known as Mahmudur Rahman Rana. He has long taken retirement from cricket and is now a banker.

Tennis star Sania Mirza is celebrated in Bharat for her tennis exploits. But even she was not spared by Islamists who issued Fatwas against her in September 2005 for wearing clothes that were ‘unislamic’. Islamists are especially agitated at the very thought of female participation in sports – a Muslim youth from Bharat had commented thus on Olympic medal winning wrestler Sakshi Malik –

Such instances are too many to be listed down in one article. But we would wrap up this piece on sportsperson and their constant struggle with Islamists, by paying homage to all the 17 Israeli athletes, who lost their lives in the 1972 Munich Massacre, executed by Palestinian terror group, Black September Organization.