Father Thrashes his 16-year-old Son for Refusing to Convert to Christianity in Mysuru, Karnataka

In a shocking incident that demonstrates how the Christian conversion mafia fractures society and spreads poison, a father who got converted to Christianity went on an angry rampage against his own son for refusing to abandon Hindu Dharma.

As per a translation of the above news clip provided by @by2kaafi, this is how the incident unfolded –

@by2kaafi has dug out this old social media post, where one ‘Jayakumar Dubbala’ (note the completely Hindu name – this is the new normal for the crusading evangelists spreading hate across the countryside) has shared a photo showing ‘pastors of HD Kote praying and blessing land acquired for building a Church’. It is likely that this is the same Pastor Jayakumar referred to in the TV9 Kannada report. 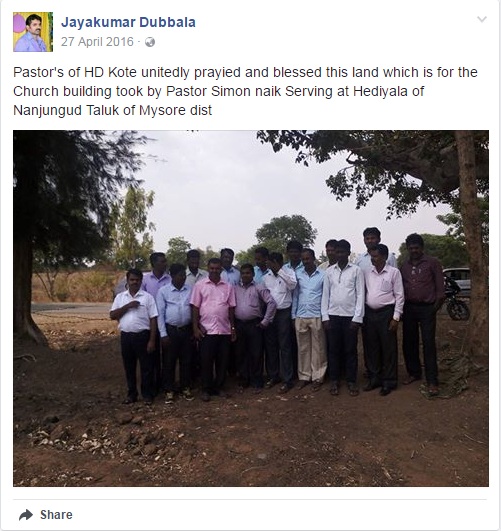 Swami Vivekananda – “And then every man going out of the Hindu pale is not only a man less, but an enemy the more.”

Mohandas Gandhi – ““If I had the power and could legislate, I should certainly stop all proselytising… In Hindu households the advent of a missionary has meant the disruption of the family coming in the wake of change of dress, manners, language, food and drink.””