Epitome of inhumanity: Pet dog tied to a car and dragged in Kerala, owner arrested 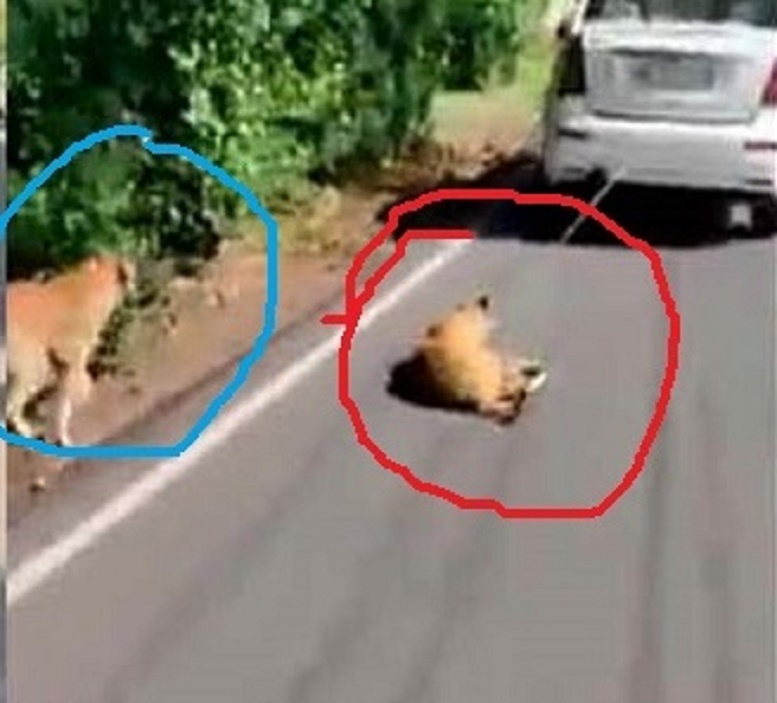 A man named Yusuf tied his pet dog behind his car and dragged her for around 500 m on December 11 in an act of unimaginable animal cruelty in Chalakka, Kerala. Yusuf did so in order to abandon her but later untied the dog after a person confronted him.

Akhil KS, who shot the video was the one to take note of the dog being dragged around 11:00 am in the Ernakulum district while he was riding a two wheeler. As Akhil stopped the 62-year-old taxi driver Yusuf and questioned him about the atrocious act, he yelled at Akhil asking him what was his problem if the dog was dragged to death? However, Akhil was successful in rescuing the dog.

Akhil was quick enough to call up an animal welfare organization ‘DAYA’. In the meanwhile, the dog due to excessive pain and fear ran away.

The Vice-President of DAYA Shri Krishnan TJ along with his team reached the spot and conducted a search operation. After three hours of extensive search the dog was located in nearby paddy fields. She was in extreme pain and was bleeding profusely. DAYA team took the female dog to the Paravoor Veterinary Hospital where she was treated for serious wounds and injuries by veterinarian, Dr Chandrakanth.

“It was a horrific scene. A rope was tied around the neck of the dog and it was being brutally dragged along the road”

The NGO not only came forward to the rescue of the pet but also filled an FIR against Yusuf. The 62 year old Muslim taxi driver has been arrested by the police under IPC sections (Mischief by killing or maiming animal), 429 (Mischief by killing or maiming cattle, etc) and Section 11(1) in The Prevention of Cruelty to Animals Act, 1960. Further, the police has seized Yusuf’s taxi and has confiscated his license.

When the police questioned Yusuf about his inhumane and heinous act, he said that he did so because his female dog was becoming a problem with other stray dogs in the area. His answer stands out as an illogical excuse to veil his act of cruelty.

Despite immediate medical attention the dog is not in a very good condition. According to Shri Krishnan TJ-

“The cruelty was not just one day’s. The dog was not given food for some time and hence her health is weak. She is still weak and not in the best condition but she ate food and is sleeping. She is a very gentle dog and seems pretty comfortable here,”

DAYA NGO has still not taken a call on whether they will shelter the dog or will later send her to another animal welfare NGO. They say that at the moment the urgency is to assist her in recuperating and gaining strength. Later, an executive committee of DAYA will settle on what is to be done next.

This is not the first case of animal cruelty. Each day, thousands of animals go through unimaginable pain and suffering. As humans, it becomes our onus to be kind and compassionate towards all existences. Without a doubt, such instances leave us in a state of utmost shame!