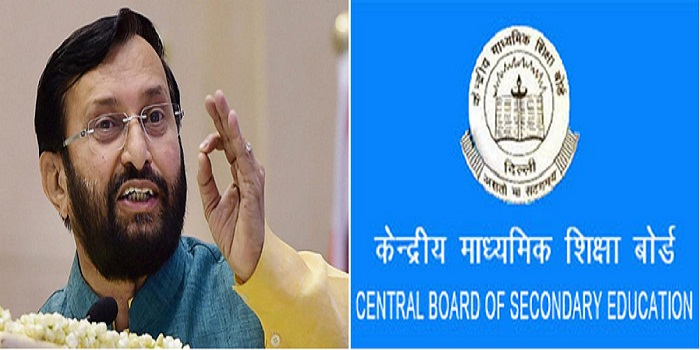 In a shocking move, the Government run CBSE board has decided to take away the right of private unaided schools to select their own principals. Current and aspiring Principals will have to fulfill certain minimum qualifications and clear a PET (Principal Eligibility Test) conducted by CBSE, and the principal selection committee set up by private schools will consist of 5 members – with nomination of 3 members controlled  by CBSE/State Government, giving them an effective 3:2 veto over the principal appointment!

“Private unaided schools affiliated to the Central Board of Secondary Education (CBSE) will no longer be able to appoint principals or heads on their own as the board has empowered itself to monitor such appointments in schools that fall under its ambit. Also, teachers aspiring to be principals will now have to qualify a Principal Eligibility Test (PET) conducted by the board, a circular issued on Thursday said.

According to a CBSE circular issued to all state education directorates, school principals and other stakeholders, it will now be mandatory for schools to include a CBSE nominee and a state government nominee in their selection committees for principals. Further, these committees will have to comprise five or more members instead of the four that were required till now, the new addition being that of the state government nominee. What makes this change significant is that the member with experience in school administration, hitherto nominated by schools’ managing committees, will now be nominated by the chairperson of the CBSE.

This means that out of the five members on the panel, two will be appointed directly by, or with the approval of, the CBSE.”

Note: The earlier selection committee consisted of 4 members, all nominated by the School Management Committee, and the new guidelines make it a 5-member committee, with a veto to the 2 members directly nominated by CBSE + State Government (another 1 member has to be nominated by school management in consultation with CBSE). This is nothing short of a takeover of the Principal appointment process in private UNAIDED schools by CBSE.

The last thing private unaided schools, which are already reeling from the ill-effects of the draconian RTE Act, needed was more Government interference in their functioning. The simple question to be asked here is – who is providing better quality education in Bharat today – is it sarkari schools or the private ones? Barring a few state-run schools like Kendriya Vidyalayas etc, it is private schools that parents prefer. But instead of focusing on improving the standard of malfunctioning Government schools, a statutory body like CBSE working under the aegis of the Ministry of HRD wants to now meddle in private school appointments?

This is akin to the Ministry of Finance saying that they will have a major say in the appointment of MD/CEO to private banks like HDFC, ICICI or Ministry of Telecommunications interfering in CEO appointments of a Reliance Jio etc.

If a private school appoints an unqualified person as principal and performance of the school drops, parents whose wards study in that school are free to pull their children out. Doesn’t the Government have enough on its plate already? Does MoHRD minister Prakash Javdekar think this is the ‘minimum Government, maximum Governance’ agenda that PM Modi promised?

Keeping our commitment to 'Minimum Government, Maximum Governance' we have made an unprecedented & positive change in Ministry formation.

Let there be any Government. The Government should think that India must shine in field of education: Narendra Modi in Belgaum

For good governance, we should move towards a culture of responsibility & ownership of society with trust & trusteeship as its pillars.

Is this how the Government cultivates trust with society, Mr. Javadekar? With retrograde steps like these, CBSE is pushing Bharat further back in the field of education.

You might be wondering why our article heading says that private unaided Hindu-run schools are impacted, whereas the CBSE notification just talks about private unaided schools in general. Well, the way this game is played will ensure that minority institutions affiliated to CBSE (even the Government-aided ones) are exempt from these regulations.

As two twitter users  – @mnshzz & @by2kaafi – who are long-time observers of how the education sector and Idea of India (IOI) lobby works, explain –

Who is behind this?

Mostly IAS babus, or people leading some of the top educational regulatory bodies like All India Council for Technical Education, Medical Council of India etc. Almost all of them Hindus – and actively working against Hindu interests by obstructing private Hindu enterprise in education, the most vital sector for nation-building.

Why are they hellbent on imposing a license-permit raj on schools? Why can’t our education sector be liberated the way we have done to our economy since 1991?

Why are these obsolete pen-pushers playing with the future of our children? If anything, this shows how cancerous the IAS-babu class has become to Bharat – we need an urgent infusion of domain experts in all fields…we need ministers who can shake things up in their respective departments, a la Nitin Gadkari.

Was HRD Minister Javdekar aware of such a flawed decision? Or are the HRD and CBSE mandarin running circles around him? Was this the reason that there was such a major hue and cry for the 2 years that Smriti Irani was Minister of HRD – because she did not allow vested interests & Nehruvian loyalists in bureaucracy to do as they please? Despite not possessing a fancy degree, she was not afraid to lock horns with the entrenched babus and technocrats or cut through their bureaucratese when needed!

We know that left-liberals openly cheered when Smriti Irani was shifted to the Textiles Ministry, and hoped that new HRD minister would be more ‘accommodative‘ – seems they have their wish now.  Mr. Javdekar has tried his best to appease the cabal of left-liberal academics and ‘intellectuals’ who were up in arms at Smriti Irani’s spirited and givse-as-good-as-she-gets attitude. Even the NEP (New Education Policy) which was drafted during Irani’s term and was taking some baby-steps towards indigenizing curriculum, has now been trashed under Javadekar it seems.

Watch Sibal and CON slowly take over the HRD initiatives – asks NEP to be thrown in the trashcan & Javadekar purrs https://t.co/QJjdkkBa3n

HRD Minister @PrakashJavdekar: Centre is not interested in tinkering with constitutional provisions on education.

Sonia Gandhi’s Congress with just 145 Lok Sabha seats in UPA-1 introduced the 93rd Constitutional Amendment which laid the ground work for the anti-Hindu RTE Act, and Mr. Javdekar who is part of a ruling party with 282 seats has meekly surrendered the Government’s mandate to repeal flawed and sectarian laws like the 93rd amendment!

Left-liberals know that education is the key sector which controls the nation’s destiny. As long as elementary and higher education is in their grasp, they will keep feeding their secular-Marxist-Abrahamic propaganda to children in pursuit of their end goal of creating a post-Hindu Bharat. And what better way than to wreck Hindu-run schools and educational institutions, leaving the field wide open for the evangelicals.