Does Hindustan Unilever have the gall to preach tolerance to radicals attacking Sara Ali Khan? 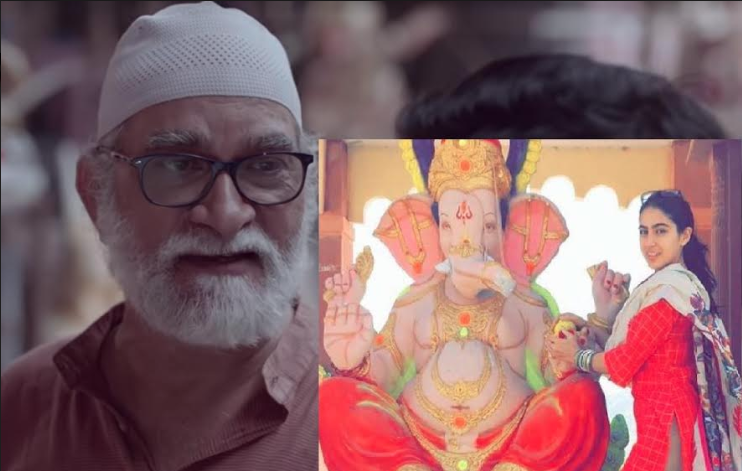 Days before Ganesh Chaturthi, a renowned consumer goods brand added a new feather on its anti-Hindu cap. The business house, as a pattern, releases Hindu-shaming ads before every Hindu festival, be it Holi, the Kumbh Mela, or Ganesh Chaturthi. This time, it broadcast an aberrant ad that presented a Hindu man unwilling to buy a Ganesh murti from a Muslim sculptor.

The ad, as always, was met with acute criticism on all platforms of social media, but the corporate house doesn’t much care about the feelings of its consumers, or their feedback. It seems to have channeled all its focus on the sole agenda of painting the Hindu community with a broad brush of bigotry, and is less concerned with selling its soaps and washing powder and tea.

Alas!!! The propaganda of such pseudo-liberal, Hindu-hating corporate houses falls flat on its filthy face when real bigotry shows up to mark its dominant presence in the real world, outside the pseudo-secular creative heads’ pea-brains.

On the day of Ganesh Chaturthi, the fresh entrant to Bollywood, the lovely Sara Ali Khan who is famous for her docile manner, shared her picture alongside a huge Ganapati murti. As soon as she uploaded the picture wishing fans and followers on Ganesh Chaturthi, the comment section grew swamped with hate comments from Muslim fundamentalists and religious fanatics. These are the bigots of the real world who never make it to the fictional contorted advertisements conceived in the debauched minds of ad-makers belonging to the liberal jamaat. 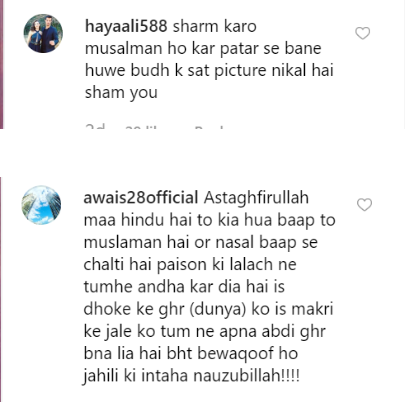 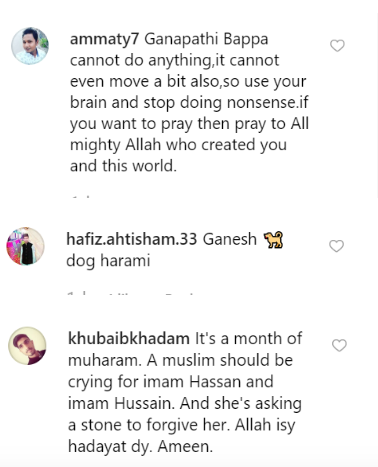 Again, it will be insensitive on our part to ignore the comments in support of the young actress, which upheld the ethos of the multi-cultural society Bharat has always been. We are appreciative of every single person who makes the slightest attempt at maintaining harmony in this land of diversity, irrespective of which background they come from. However, the ad-makers who lecture us on keeping the gulal away from a white-clad Muslim child headed for his namaz, preach us against abandoning the aged Hindu father in the swarming Kumbh Mela, point a finger at us for experiencing apprehension around buying a murti from a sculptor of a different community, never find enough intestinal fortitude to shame those who question Sara Ali Khan for visiting Vaishno Devi, for celebrating Ganesh Chaturthi or for tying rakhi to her little brother Taimur. Not to mention, both Sara Ali Khan and Taimur come from families of mixed faith.

These are the same radicals who attack Farah Khan when she welcomes Ganapati in her house, and her triplets join their hands in prayer to the Ek Danta. The social media militants who demand that Sara should be a staunch follower of her father’s religion, take a rapid 90 degree turn in the case of Farah Khan and command that all her children born out of a Hindu father must follow the faith of their mother. As they say in Hindi, chitt bhi meri, patt bhi meri (tales I win, heads you lose). These are some comments against a video the choreographer had uploaded of her children performing the puja. 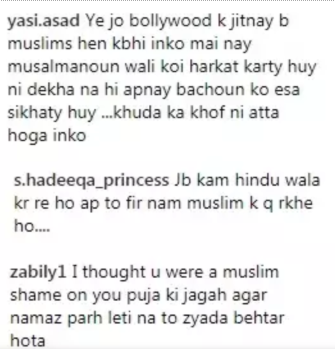 The pedestrian minds of these pitiable creatures are always hunting for opportunities to attack anyone and everyone that do not follow the path they have come to believe as the only true path toward divinity.

They abuse, thrash and harass people for their beliefs; beliefs that harm or kill no one. People maybe practicing their own traditions in the confines of their own world. But they can’t escape the wrath of the vicious trolls who are neither countered by any platform of liberal media, nor do proponents of morality, Hindustan Unilever, for instance, release a commercial showing them the path of tolerance towards others.

Even a born and practicing Hindu woman like Shilpa Shetty gets venom spat on her for exercising her right to faith.

The pseudo-liberal gang found it a little too easy to pound on the Hindus for the longest time. The community that has witnessed thousands of their temples razed to dirt, has suffered & continues to suffer persecution in Bangladesh, Pakistan, Kashmir, Kairana, and have still freed their hearts off bitterness and hate every time, was chastised by the flag-bearers of selective virtue-signalling repeatedly.

The masters of morality hide & turn a deaf ear when it comes to reproving the real perpetrators. It takes some guts to counter these vile elements. The pseudos’ have none of it. And hence, we can prepare ourselves for another “virtuous” ad hitting the television screen around Diwali, while Soha Ali Khan, married to Kunal Khemu gets an earful for lighting a little lamp at her doorway on the festival of lights.