Diplomacy: Does it Serve Bharat? 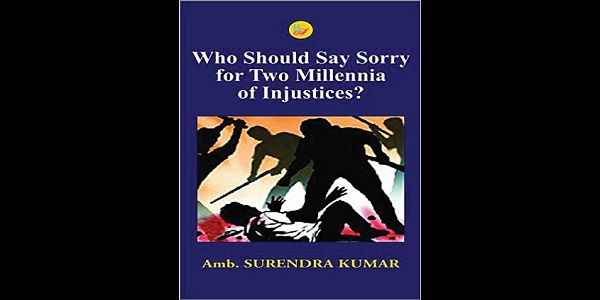 Ambassador Surendra Kumar has been a career diplomat with the Indian Foreign Service from 1972 to 2008. He is also the founder of the Indo-American Friendship Association based in New Delhi. Amb. Kumar, during his career in the IFS held many important roles such as Bharat’s Ambassador to Libya, Mozambique, Democratic Republic of Congo and Eritrea & High Commissioner of Bharat to Kenya, Swaziland and Malta. He was Bharat’s Permanent Representative to UNEP & UN HABITAT.

Amb. Kumar had also served, based on publicly available information, as the Consul General of India in Chicago and interacted and networked extensively with Senators, Congressmen, Governors, Mayors and influential Members of the rich Bharatiya American community. He developed contacts with  numerous internationally acclaimed academics, scholars, writers, journalists and Heads of NGOs and Cultural Organizations.

In addition, he has spoken at the University of Chicago, Kellogg School of Management, Northwestern University, Northeastern University and Marquette, Wisconsin and Urbana Champagne Universities in USA based on publicly available information.

From all these, it is evident that Amb. Kumar held many important positions during his IFS career. Now, it is interesting to understand his viewpoints on Bharat, Bharatiya society, its civilizational heritage. It comes across in a book he has written, titled “Who Should Say Sorry for Two Millenia of Injustices?”, published by Har-Anand and reviewed by Ambassador H.K. Dua here. 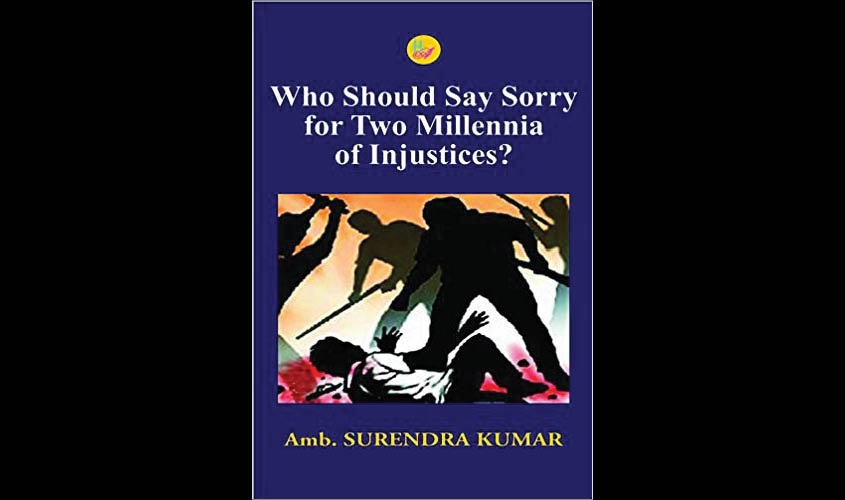 Books always reveal a window into the perspectives of an author. And this case too is not different. Ambassador Kumar is entitled to his personal opinions and his views. However, what is disturbing to note is that Ambassador Kumar has also, post retirement, held important positions  as advisor (International Relations) at INTACH (Indian National Trust for Art and Cultural Heritage) and helped organize The Asian Regional Cooperation Conference on Heritage Management, Heritage Tourism, Conservation and Education. So he should be deeply aware of our history, social, cultural and civilizational narratives.

Unfortunately, Ambassador Kumar’s book thesis appears to be completely flawed. It can be knocked down with just the following five observations which escape or are ignored all people who are working, knowingly or otherwise, in well-entrenched and well-funded eco-systems designed to stamp out all aspects of a living Bharatiya civilization.  These five reasons are:

2. By all accounts (including Etic accounts of Megasthenes earlier, Fa Hien, HieunT’sang), Bharat had an egalitarian society. Brahmins did NOT have wealth nor are their any accounts of “caste wars” if there were any oppressed sections.

3. There were over 27 world class Universities in Bharat with students from all over the world. One of them, Nalanda had over 40000 students from across the world & 4000 teachers in a variety of disciplines and had over 9 million texts in its library. Based on Teacher/Student ratios, diversity of subjects, innovation, research, intake methods and unique testing techniques, Nalanda would benchmark with the top 10 modern universities very favorably. Other universities of this period were: Takshila, Vikramshila, Odantapuri, Valabhi, Somapuri, Jagaddala, Pushpagir – to name just the most prominent universities of pre-Islamic Bharat.

4. Contrast this with accounts of British, French, Dutch traveler accounts of 16-17th Century. They talk of a non-existent middle class AND elite, very rich ruling & administrative class. This contrast of historical accounts from 7th century, 9th century and 11-12th century on one hand with the historical accounts from the 16-17th century reveal very clearly what happened in Bharatiya Society due to Islamic colonization. Historical records of policies of taxation, for example, clearly show how Islamic rule and subsequent British colonial rule was deliberate in order to leave no surplus with the working, labour and agriculture sectors.

5. Hindu Dharma does not have any concept of Caste. The caste interpretation came in from European colonizers who saw Bharatiya society from a medieval European Feudal lens with strong segregation & exploitation of the Serf-Peasant working castes. To set the record right and to educate Ambassador Kumar, Hindu Dharma has:

(a) Varna: One’s profession. This is selected in accordance with one’s nature, competence & skill; an outcome of Karma

(b) Jati: the eco-system of one’s own & extended family which promoted culture, connectivity with the living memories of an ancient civilization including collective memory retention of food, festivals, folklore, tradition, rituals and more.

The European construct of Caste is not applicable in understanding Dharma societies based on Varna, Jati and Gotra. It cannot for example explain why three people from say Kashyap Gotra can be a temple priest, a farmer and a soldier. But, if one views it from the Varna, Jati, Gotra framework based on the Laws of Karma, it becomes immediately apparent and explainable.

In Hindu Dharma, Karma & Sanskar (loosely Work & Nature) determined the movement of individuals, families and family groups in their movement up & down the socioeconomic planes. If a ruling King’s family became corrupted and degraded with power, they fell from grace. If a learned Brahmin’s progeny did not match the learning & knowledge levels, they lost students at their ashrams.

Hindu Dharma societies were fluid and free-flowing and never rigid like European  caste classes or like European Royalty marrying only other ‘Blue blooded’ royals. Hindu societies lost this fluidity as Economic wealth began to be more concentrated during Islamic rule, knowledge institutions such as our universities were destroyed and alien concepts such as blasphemy and religious intolerance were introduced.

Ambassador Kumar seems to have written a book that reveals an utter lack of understanding.

However, this is not intended to be a book review. There are broader questions that merit being asked. Some of these are:

(a) a failure to protect its interests;

(b) a failure to understand neo-colonial designs in negotiations regarding trade, economic agreements, technology transfers, foreign aid and investment areas, defence and other strategic areas?

There are many more fundamentally worrying aspects that arise, including being subservient to continued civilizational attacks, failure to protect fundamental knowledge systems such as plant/medicinal/bio-diversity/antiques – the damage on account of wilful ignorance of Bharatiya civilizational matters goes beyond protecting the past. It compromises deeply our present and jeopardizes our future leaving less scope for our children and future generations to have leverage.

All ancient civilizations that were extinguished had one common characteristic – they were strongly denigrated, their reputations damaged, their knowledge structures destroyed, and their representatives losing the motivation or internally compromised so that they fail to uphold, protect and keep alive what they are meant to protect.

On a more direct note, it is like having soldiers in one’s army who are happy to shoot their more dutiful comrades, ally with the enemy soldiers at the frontiers and who are willing to open the fortress gates to let the enemy troops in while the public thinks they are being protected.

We need to look at the templates, training and narratives that shape the very institutions meant to serve us. This article is not about Ambassador Surendra Kumar or his book. It is about the very foundations of our Institutional preparedness to protect our reputation, examine threats and protect Bharat’s knowledge assets, not just for Bharat but, also for the sake of the very people who attack them in ether their ignorance and deeply conditioned, programmed and purposive missions.