Dattatreya Hosabale calls for return of Kashmiri Pandits to their homeland 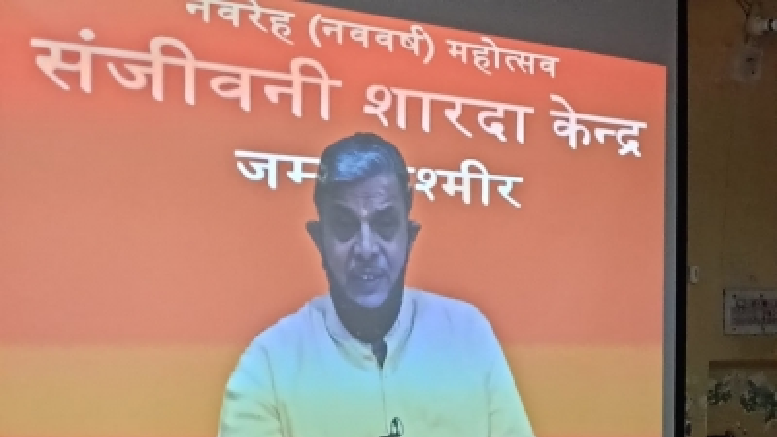 In a hard-hitting address to the global Kashmiri Pandit community on the auspicious occasion of Navreh celebrations, RSS General Secretary Dattatreya Hosabale squarely held the terrorists responsible for the seventh genocide and ethnic cleansing of Kashmiri Pandits from their homeland.

Saying that to face the militant Islamist threat, one would require ‘ekta’ (unity), Hosabale recognised that invaders had continuously oppressed the Kashmiri Pandits who had to either lose their homeland, or lose their ‘dharma’.

Stating that Bharat is at a historic crossroad given the positive change that is sweeping Kashmir, Hosabale said a new staircase could take Kashmir to a new future.

“For Kashmiri Pandits, it needed a ‘sankalp’ or a unified resolve to give direction and specificity to their vision,” he added.

Hosabale also endorsed the Kashmiri Pandit community’s mission to return to the Valley by next Navreh. The final solution should be that no Kashmiri Pandits suffer again, he said.

He also hailed Sirya Bhatta and Lalitaditya as two icons of Kashmir, who were exemplary examples of sacrifice and bravery.

Sharing the story of ninth Sikh master Guru Tegh Bahadur who fought for the Kashmiri Pandits, Hosabale specifically recognised the pain and suffering of the Kashmiri Pandits, who had to face unremitted violence and lose their lives, land, livelihoods and their way of life to be reduced to ‘Internally Displaced People’.

He also named Pandit Tikalal Taploo, Justice Ganjoo and Sarla Bhatt, who were murdered heinously and whose only crime was that they were Hindus.

Hosabale was scathing in his criticism that Kashmir’s ‘Sanskritik’ civilisation could not be relegated to a museum or into books or Bollywood films. It has to be present in the Kashmiri society, in the households, and in the daily way of life, he said.

Utpal Kaul, the India coordinator of Global Kashmiri Pandit Diaspora, said, “Hosabale’s highly motivating speech and commitment to the Kashmiri Pandits’ cause is consistent with their long-term support. M.S. Golwalkar played a key role in convincing the Maharaja to accede to India. During the horror of 1990, RSS gave humanitarian aid and support to the beleaguered community.”