Culture of begging in Bharat 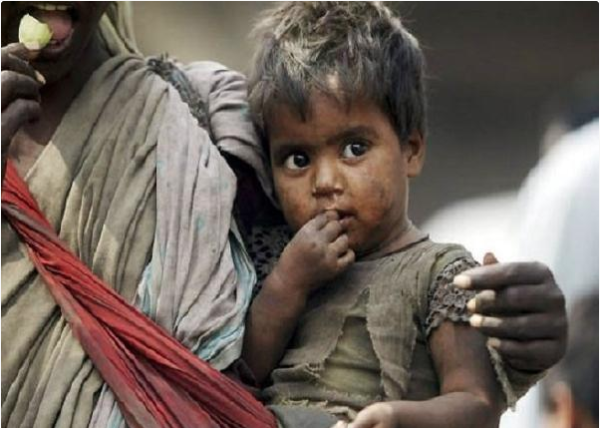 Bharat is recognized for its diversity in every arena of life. Whether we talk about spiritual paths, attire, language, literature or any other, we infer the multifaceted culture existing in Bharat. There is a culture of greeting people, respecting elders, sharing sweets on occasions, and celebrating every single moment of life. There is one tradition in Hindu Dharma which is taken with great esteem – Dharma of Daan.

Daan is a Sanskrit word which signifies an act of giving, or in common terms, charity. Hindu Dharma insists on giving daan to remove sins of past and present lives, and reckons daan of knowledge as the biggest daan. It is also mentioned in the Brihadaranyaka Upanishad that mankind should follow three instructions of Damyata, Datta, Dayadhvam – be self-controlled, be charitable, and be compassionate.

Humans should do charity and giving daan in the form of food grains, meals, or money is quite prevalent in Bharat. It is a demotic belief that those who have assets in excess should donate some of them to poor people and children who are suffering and who find it challenging to make both ends meet.

But one can argue that this Dharma of daan has indirectly played a role in increasing the beggar population in Bharat. In today’s world, people are suffering from various ailments, incurable diseases, depression, anxiety, and much more. Some are handicapped, either physically or mentally. And in some cases, physical handicap leads to mental handicap when suitable motivation and attention is not given to them. The ones who cannot afford expensive treatment are left unattended.

One of the conspicuous challenges in previously colonized countries like Bharat is poverty. Also, old people who are abandoned by their children find it difficult to survive. Many of them take up begging.

We witness beggars in every part of the country. Religious places are the hubs of beggar population. Walking in the streets of Mathura, Vrindavan, Ajmer, and other places populated with pilgrims & tourists, one could witness beggars in saintly attires sitting on both sides of alleys with hands joined together and opened. Handicapped people are also found in the streets of religious places.

The sight of children begging in railway stations and bus stands is also quite common in Bharat. Once, some children were begging at Jalandhar bus stand. After I enquired about the reason for begging, one of them answered confidently that his father was no more and he had to take care of his family. He was able to take around 100 rupees home per day by begging. Instead of his mother doing some work, the child was coerced to go out and beg.

On my way back to Jalandhar from New Delhi in June 2019 by train, a number of beggars came during the journey and their ways of begging were disparate. Two children from Benaras, one boy and the other girl, were doing some sort of entertainment in order to solicit money. The boy was creating some bizarre sound by striking two wooden sticks on a metallic plate that cannot be termed as music, and the girl was doing somersaults and some stunts using a small hula hoop ring.

Three able-bodied young men were beating Daflis (tambourines) and singing some Bhakti songs in order to ask for money. They might have chosen those Bhakti songs wittingly because that train was going to Katra, a waypoint for the Vaishno Devi Mandir, a Hindu temple.

It came as a bolt from the blue when I saw a handicapped man, who was without his left leg and was walking with crutches. He was selling some goods like biscuit, namkeen, Fevikwik, and others. I stopped him and asked him the price of one Fevikwik. It was 7 rupees. I took out 15 rupees from my purse and asked for 2 Fevikwiks. He was so honest that he gave me a one-rupee candy in exchange of the extra 1 rupee. It was totally unexpected. This incident reflects the hardworking nature of people who really want to earn by the sweat of their brow instead of begging. There is a hope for change.

The culture of begging in Bharat needs to be curtailed. The ground level work done by the government in terms of employment, infrastructure, and others seems to be minuscule when one encounters a number of beggars in the streets. The government is taking every measure to prevent evils of child labour. Legislative acts like Child and Adolescent Labour (Prohibition and Regulation) Act of 1986 and The Juvenile Justice (Care and Protection of Children) Act of 2015 protect children from any form of forceful labour.

In order to facilitate free education for children, our Constitution provides Right to Education for children in the age group of 6 to 14. Ministry of Social Justice and Empowerment has brought about the enactment of Maintenance and Welfare of Parents and Senior Citizens Act in 2007 to provide mechanism for the protection of life and property of the elderly. Government also works for generating employment opportunities for youth.

Even after so much effort by the government, people of different age groups can be seen in the streets begging. Is there any lack in effort for implementing the aforementioned measures? Are the government officials not in a state to prevent this evil or are they blind towards it? Does the begging population not want to stabilise its life with better and balanced living?

The reasons can be many, but unthinking application of Dharma of daan is one of them. People can donate in old age homes, orphanages, and Dharmic trusts or foundations which work for the poor or sufferers. Society should understand that they should do charity, but not by promoting the culture of begging.