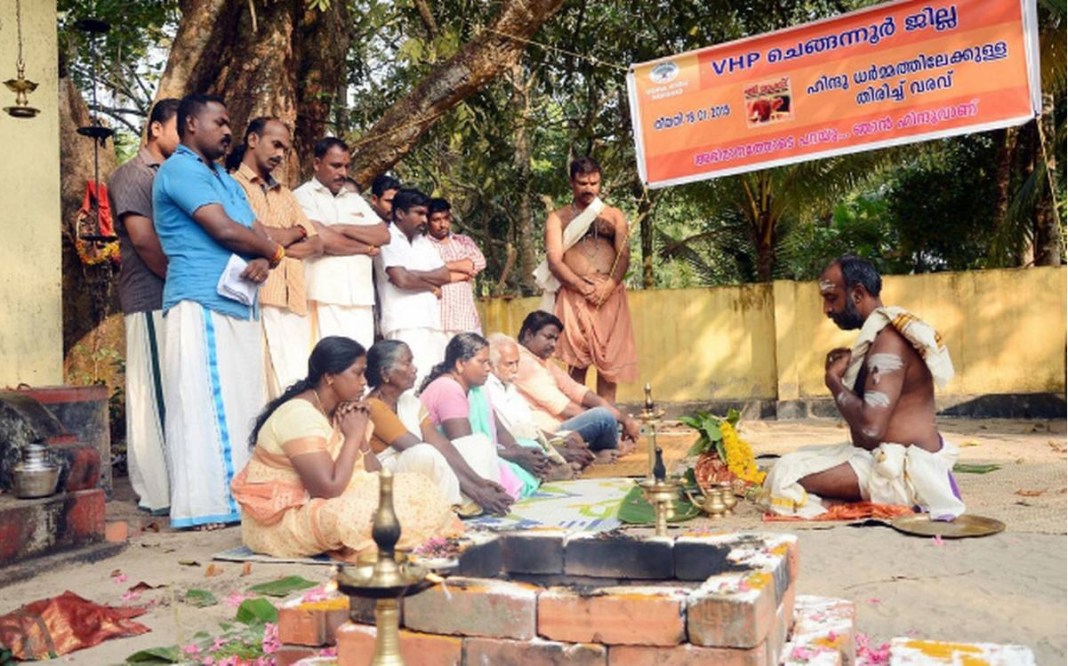 Kerala and Tamil Nadu have served as hubs for Christian missionaries to carry out the conversion of poor Hindus, more so from Dalit families, into Christianity. These missionaries had a field day through the decades-long run of Congress, CPM, DMK and other left-leaning, anti-Hindu parties in these states.

Funds flooded in from foreign accounts that made it easier for the conversion machinery to attract financially weaker sections from the Hindu society towards Christianity. Along with monetary benefits in cash and kind, quack healing and distortion of indigenous cultures and Hindu belief systems played an important part in the soul harvesting business.

In Bharat, skilful exploitation of social and regional fault-lines also play an important role in converting many Hindus to Christianity, a faith which promises universal equality while hiding the ugly truth of racism and class divide in the Christian West. However, after the conversion, many Dalits discovered that there was little truth in what was being promulgated. A report presented by the Tamil Nadu Untouchability Eradication Front has alleged rabid discrimination against Dalit Christians in the Sivaganga district in Tamil Nadu. This discrimination continues till after death as several cemeteries in the southern states have erected walls to demarcate the space where dead bodies of Christians who were originally Dalit are to be buried separately.

On the other hand, Hindu society is gradually moving towards becoming caste agnostic. There is a growing realisation that while we have every reason to take pride in our civilisation and ancestors, the distortions that crept into our society due to the past millennium of conflict and conquest by invaders need to be corrected. The ‘secular’ parties & anti-Hindu forces have divided Hindus along caste & regional lines, and the modern Hindu realises that his/her very survival rests on putting the Hindu identity above all else.

Concurrently, occurrences of converted Christians returning to the Hindu fold have also gone up in the past decade or so. Back in March 2008, after a major clash between the upper caste and Dalit Christians that claimed two lives in Tamil Nadu, 1000 Dalit Christians from 185 families returned to the Hindu fold. The re-conversion ceremony was organized by Hindu Monks Tamil Nadu Council at the Nellai Sangeetha Sabha. All of them belonged to the interior villages of Tirunelveli district. Some were absorbed into the Shaivaite tradition, and others were converted as Vaishnavite by adorning them with a tilak and presenting them a tulsi mala. 5 Dalit Christian families with 15 members re-converted to Hindu Dharma through the ‘Ghar wapsi’ movement through a ceremony held near Latheri, Katpadi, TN in 2016.

Having complained of not being treated at par with the “traditional” Christians, Dalit Christians of Kerala are also keen on returning to Hindu Dharma. Back in 2016, Das, a former Roman Catholic, embraced Hindu Dharma with 46 others at an event organized at Ponkunnam temple in Kerala state. Das has abandoned his Christian name Maria, and is happy to return to his great-grandfather’s religion. Before that, as per claims made by the Vishwa Hindu Parishad and Arya Samaj, around 100 Christians had returned to Hindu Dharma in Kerala’s hilly Idukki district. 37 Christian families embraced the ancient religion through an elaborate ceremony held at a Devi temple close to Elappara. The Ghar Wapsi movement brought 27 members belonging to 5 Christian families from Alappuzha district and a dozen from Kayakulam to the Sanatan path.

The movement has been able to bring Dalit Christians to mainstream Hindu Dharma in Uttar Pradesh also where 100 of them were welcomed into the fold through a ceremony held at Gorakhpur in 2015. Last year, 25 tribal Christian families were brought back to their native Dharma in Tripura as well.

Back in November 2019, VHP’s secretary-general declared that the organization had reconverted about 25,000 Muslims and Christians into Hindu Dharma in 2018.

The fundamentals of Hindu Dharma are as strong as ever. It is for the current generation of Hindus to fully rediscover their roots, propagate their Dharma and reclaim Bharat as the glorious civilizational land it has always been.