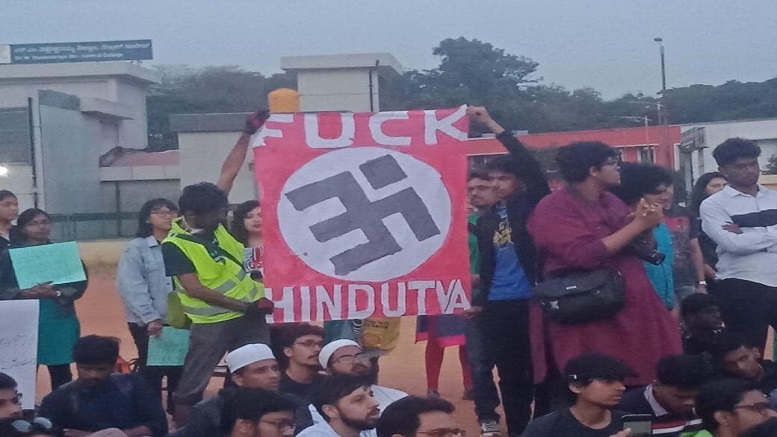 Those protesting against the Citizenship Amendment Act are quite simply enablers and proponents of rape and enslavement of mostly Hindu and Sikh women and underage girls in Islamic countries of the Bharatiya subcontinent.

But before we discuss this in more detail, let us examine the very peaceful and progressive protests against CAA and NRC in Bharat. Indeed we should all stand in solidarity with these protesters for their South Asianism, for their calling of secularism.

Rejoice in the Ola-o-Uber slogans of solidarity. Observe the burning of buses. Hear the calls for violence. The revolution is here.

Observe carefully in Kanpur, the little cute protesters who, no doubt, will grow up to be great warriors against Hindu fascism and supremacy.

Celebrate the foot soldiers of Brahminical Bharat being put in their place by our army of South Asianists.

Here it is, one of the most sacred of Hindu fascistic symbols shown its place. 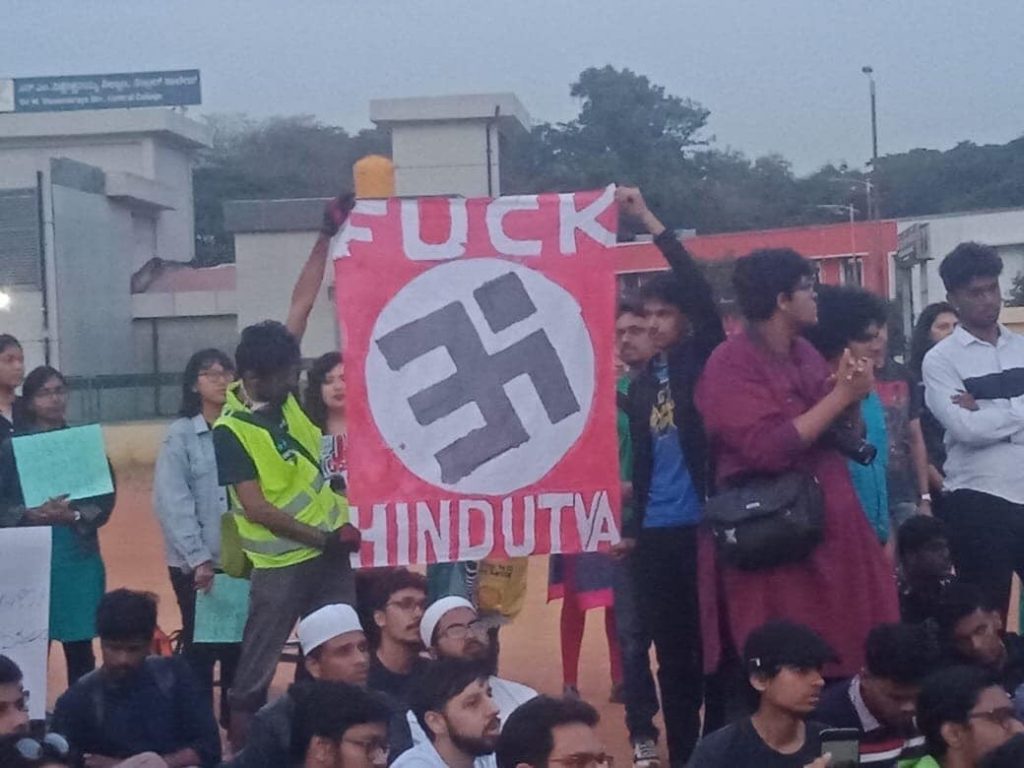 Here we see a Hindu fascist being brought down through the power of South Asian solidarity. 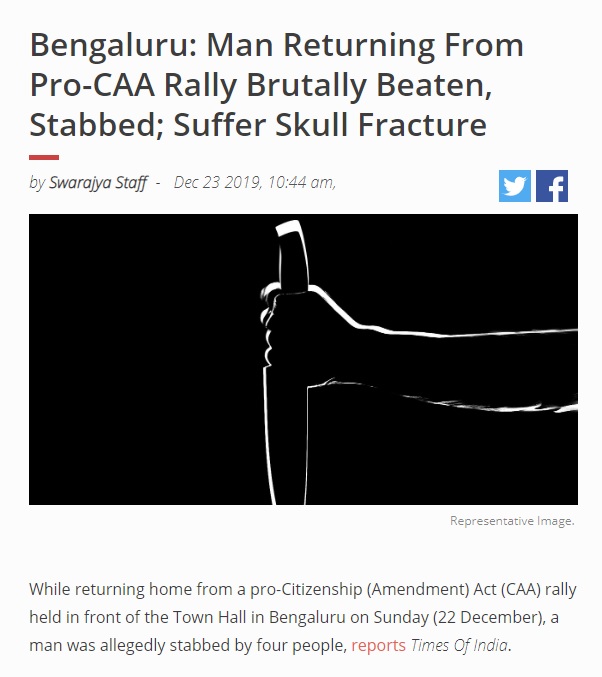 Freedom from the infidels. Recall with joy the same slogans of South Asian solidarity from Delhi.

Root cause of anti-CAA sentiment

CAA provides citizenship to non-Muslims from the Islamic states of Pakistan, Bangladesh and Afghanistan. So that those who are oppressed and persecuted for their religious beliefs can get Bharatiya citizenship. Those whose daughters are kidnapped, raped and converted to Islam, AKA, “liberalism” and “South Asianism”, can save their families.

Incidentally, vast majority of the persecuted non-Muslims in these Islamic countries are from the depressed classes. Yet, the so-called intellectuals who claim to speak for the oppressed will gladly have them suffer simply because it suits their ideological and political agenda.

This video here provides a view into some of the horrific travails suffered by non-Muslims in Islamic nations in our neighborhood.

Let us be absolutely clear that every single individual, from an intellectual Guha to a comedian Hasan to a video-maker Rathee, every single one of them are enablers of rape and enslavement of non-Muslim women. Their reasons may be different but they are united in justifying and enabling horrific sexual violence upon non-Muslim women.

So, while a Guha is driven by ideology, a Hasan by his religion and politics, a Rathee by his politics, their goal is exactly the same – rape and enslavement of non-Muslims, specifically Hindus and Sikhs. Fundamentally, these low-lives are sophisticated versions of the ISIS brides who held down Yezidi women and underage girls while barbarians raped them. Well, at least ISIS was honest and open about their intent and motivation. The likes of Guha, Hasan and Rathee are worse. I will say it again, they are enablers of rape, enslavement and genocide.

Indeed when the demographic switch-over happens in Bharat, and the atrocities happening to non-Muslims in Pakistan, Bangladesh and Afghanistan happens to someone you know, perhaps from your school, work or neighborhood, when a Rinkle Kumari, Lalita Kumari or a Mehak Keswani gets kidnapped, raped and converted, not in the country next door, but from the house next door, or perhaps from your own home and family, the likes of Guha, Hasan and Rathee will justify it as a blow against Hindutva, as for the greater good of secularism, liberalism, South Asianism.

Make no mistake, that day is coming.

(This article was first published on tattvaanveshanam.wordpress.com on December 24, 2019 and has been reproduced with the author’s consent)