Why Bharat Should Pay Attention to Rajiv Malhotra I wonder how many of us in Bharat actually pay attention to Rajiv Malhotra and his brand of Swadeshi Indic thoughts. After Narendra Modi’s uprising, the dissent from the so-called ‘Left’ has kicked off and hence, we can no longer ignore Mr Malhotra. If you have an hour to spare, please give this video a chance before reading this article.

The Trustees of the Hindu Forum of Britain and the volunteer team of the British Board of Hindu Scholars came together to arrange this ground-breaking lecture on “Soft Power Reparations” in the House of Commons. This important event was hosted by Honorable Bob Blackman, who is a loyal friend to Bharat and the Chair of the All Party Parliamentary Group for British Hindus. This is the most important lecture ever given by Rajiv Malhotra in all these years he has spoken on stages in conferences, debates and talks. Although I am a relatively new follower of him, I realise the importance of this particular lecture, which sets the tone of the Bharat’s Grand Narrative.

Rajiv Malhotra was not the first one to speak on reparations to be done by the British for the injustices they have meted out to Bharat during colonisation. Shashi Tharoor has also spoken on many occasions, and even written about, financial reparations that Britain must do for Bharat. While Tharoor’s proposal did not include any specific recommendations on what the British government must do in terms of financial reparations, Rajiv Malhotra goes many steps forward and puts forth a concrete agenda of items that can be done by the British government, which he termed as “soft power reparations”.

At the beginning of this lecture, Malhotra reminded the British that without soldiers from Bharat who fought together with the English against the Axis, they would not have won the World War. Many Bharatiya soldiers have given their lives fighting together with the Allies for the betterment of the world, and yet no memorial has been built for them in Britain. If not for these great Indian Army heroes, we would all be speaking German instead of English.

Likewise, Rajiv Malhotra put forth a few key suggestions on how the English can do reparations to Bharat. His first important suggestion was asking the British to support and institutionalise the Swadeshi Indology, by cooperating with Bharat on various matters. While Bharat has attained political and economic autonomy, we still have not completely decolonised our education system. Even today, we look towards what the West sets as the narrative, before even looking into the Indic narrative. Therefore, the English have to first quash the historical distortions and false propaganda narratives they have built on Bharat, starting from the Aryan Invasion Theory. The United Kingdom stands to benefit greatly if it were to collaborate together with the Hindus, and integrate our scriptural knowledge of the mind, health, body, consciousness, neuroscience, surgery and more.

Bharat and the cultural heritage of the country has always been an inclusive culture. We never practised exclusivity and we always want to place Bharat as Vishwa Guru (Teacher of the World) and share our invaluable knowledge with the whole world. Therefore, the UK must stop seeing Bharat as a threat and stop helping the ‘Left’ in Bharat, as they are usually extreme leftists disguised as “liberals” and “human rights activists”. This can be detrimental to both UK and Bharat in the future. As the ‘Left’ of Bharat has been politically defeated with the rise of Narendra Modi-led NDA government, it is high time that the British start backing this new dispensation and let go of the old ones.

The most important point mentioned by Rajiv Malhotra in this lecture, according to me, is that the word ‘tolerance’ should be replaced with ‘mutual respect’.

If I ‘tolerate’ you, it means that I do not like what you practice and yet I will endure your behaviour. This would mean that nobody will change, and this sort of ‘tolerance’ fosters hypocrisy. On the other hand, if I were to “respect” you, then I would also expect you to “respect” me. If we were to truly replace “tolerance” with “mutual respect”, then there should be reciprocity and equal reverence for both viewpoints. But also, there should be a degree of “deserving” of such respect. In that case, there will be room for change for self-betterment. Mutual respect also demands that we first possess self-respect. Hence, there will be ‘integration’ with the people of differing viewpoints, but there will be no ‘assimilation’. Each and every cultural uniqueness must be preserved and celebrated.

This lecture will have two important outcomes that will be put into action:

i) A conference marking the 100th Anniversary of Jallianwala Bagh Massacre on 13 April 2019, and

ii) A conference on refuting the Aryan/Dravidian Theory developed by the East India Company.

With these two conferences lined up, Rajiv Malhotra will also be soon establishing his Infinity Foundation in UK. We can expect more from him, but we can also contribute ourselves to the Swadeshi Indology by reading Rajiv Malhotra’s books and watching his videos on YouTube. 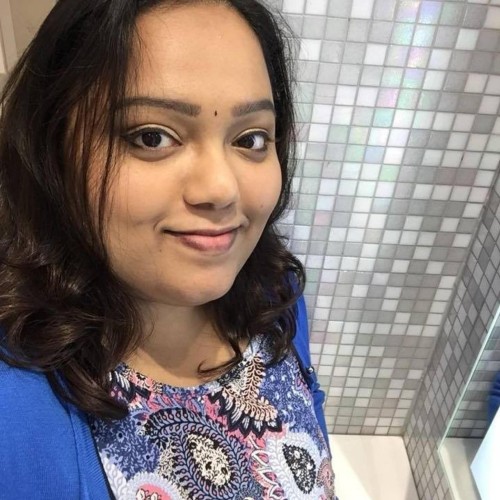