In our previous post, we looked at historical assaults on Kerala Hindus by Abrahamists and left-liberals. We also established the fact that the culture and heritage of Kerala is purely Dharmic since it’s earliest recorded period.  In this post, we shall look at present day assaults on Hindu culture of Kerala.

First of all, how many know that muslims have been opposing the statue of Thunchathu Ramanujan Ezhuthachan, who is better known as father of modern Malayalam, in his own birthplace? On similar lines, the statue of Adi Shankara in a university named after him in his own birthplace has been opposed by leftist-communists on ‘secular’ grounds. Further, Kerala government has been interfering in usage of elephants in Kerala temples.

The elephants are a fundamental part of Kerala temple festivals and rituals. This tradition goes back at least 2000 years. In Sangam age coins we can see images of elephants with riders on top holding Srivatsa icon representing Lakshmi or Vishnu. This is very similar to modern day processions in Kerala temples were Utsava Murthi or image of deity used for outside is taken atop of elephants for circumambulation. So restricting elephants would mean restricting ancient tradition of Hindu temple festivals and rituals as well. 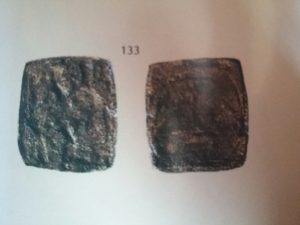 Similarly, Kerala government also supported entry of ladies into Sabarimala temple, by destroying the Brahmacharya tradition of the temple. If these are not enough, the wealth of Hindu temples has been stolen many times. Let us take the example of the theft of invaluable treasure from the famous Padmanabhaswamy temple

Also, a Sanskrit film on Unnayi Variyar, a 17th century poet and dramatist, was rejected by Kerala State Chalachitra Academy for International Film Festival of Kerala.

So Hindus are being attacked in Kerala from all sides. Within coming decades, we will all probably see more such attacks while the Hindus are in declining stage. Very soon, Kerala shall face similar fate of Kashmir. Already around 21 muslims from Kerala have joined the Islamic state jihadists. Earlier, some muslims from Kerala were found to be involved in recruitment of Lashkar-e-taiba jihadists in Kashmir.