Arrogance that Emanates from a False Sense of Entitlement 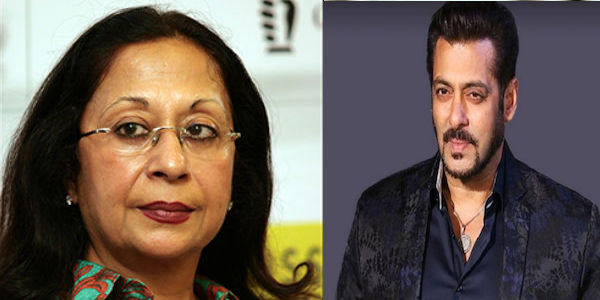 Many of those who think they are what can be generally called darbaris (in a broader sense, than being just a part of the Nehru-Gandhi system of sycophants) have a huge sense of entitlement. They think that they should be granted the right to guide the destiny of the nation, and not questioned at all on this right. The think the masses should sit at their feet in awe and just absorb every word they say as being the gospel truth.

As in the past, I am taking the case of Tavleen Singh, not as an individual but one who talks and writes thoughts that would be internalized by a whole set of darbaris. In the recent case of the jail term for Salman Khan in the killing of at least two chinkaras near Jodhpur in Rajasthan, she tweeted:

Tavleen Singh (@tavleen_singh) tweeted at 8:38 AM on Thu, Apr 05, 2018:
Twenty years for justice to be done in a case that should never have come to court. Taxpayers money wasted on something that could have been settled with a hefty fine or donation to the world wildlife fund. https://t.co/FWGMwscov8
(https://twitter.com/tavleen_singh/status/981730173857890304?s=03)

The delay in the case is entirely due to the fact that those accused, including Salman Khan, did not attend the dates that they were expected to do.  Hence the delay is not due to the justice system in Bharat, and the waste of taxpayers money should be recovered from the people who kept on asking for adjournments.

As far as her recommendation of what the punishment should be, a member of the social media brought out her old tweet about what she thinks should be the appropriate punishment for a person who threw a dog from the terrace and recorded it on a video.  This tweet was:

The man should be punished, but being shot is going way over board.  However, what is important is the difference in thinking of the lady with respect to the two incidents.  One member of the social media tweeted:

Another tweeted to the lady asking the following question:

Both these would be representatives of a large majority of the people of Bharat, for whom internet has democratized the discussion, and are often holding the mirror to the darbaris on many issues.  To the latter, the lady responded:

On the social media, the lady was asked a simple question.  There have been many things that were done in the ancient times – like child marriage.  Is she saying that these should now be legitimate?  Of course, she pretends to not know that the chinkaras & blackbucks are protected species, and killing them is a crime, just as killing a tiger and so many other animals that were hunted in ancient times.  But then she is a member of the darbaris and hence gets immensely annoyed when questioned.  And the arrogance that is bred in the darbaris makes her say ‘shame on you’.

And, her responses will be responded to, not always in a polite way.  Another member of the social media tweeted:

Thought Gun Bajrangi (@ShootinThoughts) tweeted at 8:34 AM on Sun, Apr 08, 2018:
Salman’s hunting included shooting and then beheading the chinkaras. Not one but 3, a repeated act of casual brutality against an animal protected by law and held sacred by people.
Shame on you madam for covering up facts to service your biases.
(https://twitter.com/ShootinThoughts/status/982816528763686912?s=03)

The ground is slipping under the darbaris because the people now have an opportunity to let them know that they have lived from the funds provided by the Samaj but do not feel that they have an obligation to the same Samaj.

The social media also has this habit of digging up articles from the past which would put the issues in a proper perspective.  In this case, one of them is an article written in 1998 (at the time when the crime had taken place) by one Peter Popham who was the India correspondent for the UK publication called The Independent. The article gives the full sequence of events relating to the hunt.  This was not just a hunt but also deliberate brutality.