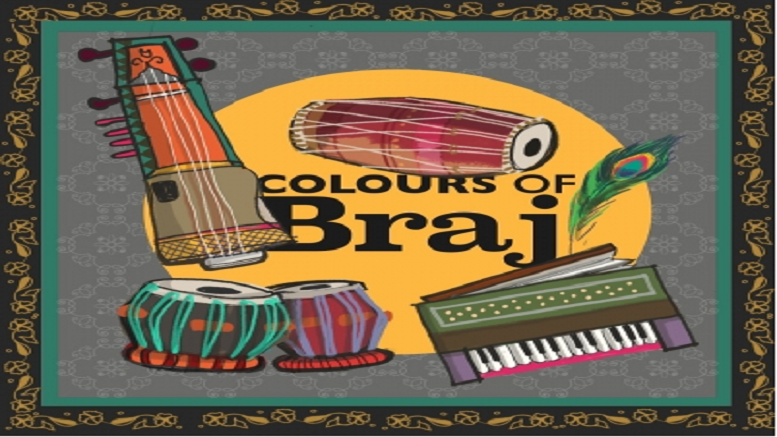 To mark the festival of Holi, the Anahad foundation is releasing a ten-track album, “Colours of Braj” which revolves around the cultural hub of Uttar Pradesh, the Braj region. The tracks feature all the art forms in this region. These tracks are recorded at the doorstep of these folk artists rather than in a studio. This was done to capture the original vibe and keep intact the authenticity of the complete experience, ensuring no alterations were made in the composition of the album.

One can hear the sound of breeze, chirping birds, etc. with the varying dynamic and tempo of each song.

Shuchi Roy, managing director at Anahad Foundation, said in a release: “The objective of this album and journey was to put emphasis on the colours of Uttar Pradesh just like the festival of Holi does, showcasing the culture of the state. Till date, no one has recorded the folk music of Uttar Pradesh like we have. This initiative was a little special as we were introducing the artists with the new technology of Dolby Atmos. It was truly an enriching experience.”

The festival of Holi is integral to Bharat and an important part of Uttar Pradesh’s heritage. The festival is not only celebrated with colours but also with flowers and music.

These recordings were done by Anahad’s flagship programme, Backpack Studio. It is a technology designed by Grammy award winning engineer, Gael Hedding which runs on battery and can record without a laptop in any given condition and location.

For this album, Anahad’s team has recorded the artforms like Rasiya, Phaag, Thadda rasiya, Beher and not just the rural folk art forms but also the classical forms like Haveli sangeet.

The album features wonderful Phaag artists like Jagdish Brijwasi and Haveli sangeet artists like Hari Babu Kaushik among others.

A liberating vision: Rediscovering Indic heritage through a dharmic lens