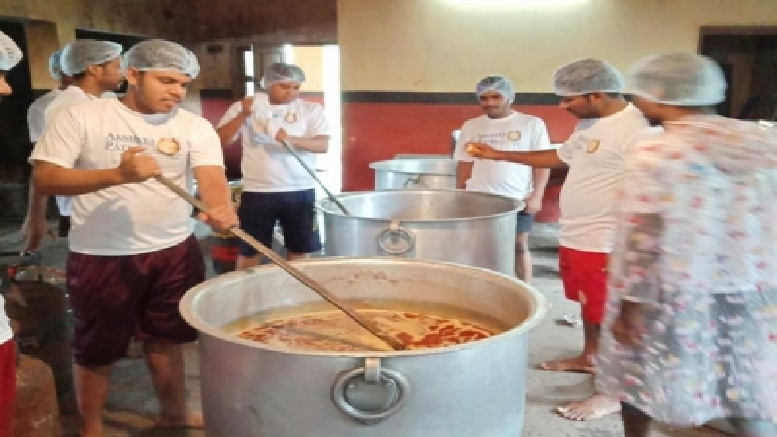 To serve the homeless people, Akshaya Patra Foundation, a Bengaluru-based NGO, will start distributing cooked food in all the night shelters of the national capital from Sunday onwards.

The Delhi Urban Shelter Improvement Board (DUSIB) under the Delhi government, which runs night shelters to provide accommodation to homeless people in the city, has permitted the NGO to distribute meal to the people at all the night shelters.

According to a senior official in DUSIB, at present, over 5,000 homeless people are living in around 204 night shelters across the national capital. The number of homeless people almost doubles in winter, going up to 10,000 to 12,000.

The occupants in these shelters range from poor families, elderly persons and widows, among others, many of them affected with addiction, or needing medical care.

“DUSIB has allowed Akshay Patra to distribute food at all night shelters for the next six months. Food will be distributed free of cost by the NGO,” said Shailender Dania, chief engineer in DUSIB.

Shridhar Venkat, CEO of Akshay Patra Foundation, said that the organisation has already started providing meals to the people at some of the shelters, but from August 8, the drive will be started at all the 204 night shelters in the national capital.

He said the food will include both lunch and dinner and will contain rice, dal, roti and vegetable. The meals will be cooked at three kitchens run by NGO in Jahangirpuri, Gole Market and Badli area.

“It is an attempt to feed the people who are in need and the Delhi government has allowed us to distribute meal for the next six months. Apart from regular meal, special meal will also be distributed on different occasions,” Venkat said.