Indian Ocean- A droplet in an ocean of bands 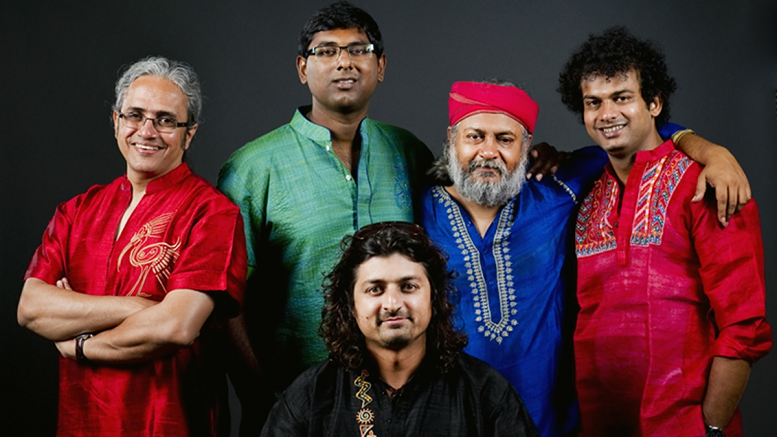 Let me begin by stating that music is an inevitable part of our lives and we have the liberty to choose what we listen. But I believe there is a drastic difference between in what people perceive as good music these days because we’ve been inundated with Bollywood remakes which are crap to be honest.

On the other hand, there are a few singers and bands that make things a little better by composing music which clicks instantly. This article isn’t about drawing parallels between singers or bands but instead about an extremely underrated Indian band and how they changed my perspective towards music.

Rahul Ram, Amit Kilam, Himanshu Joshi, Nikhil Rao and Tuheen Chakraborty aren’t just ordinary musicians. They’re the pioneers of the fusion Rock genre in India. These are a bunch of exceptionally talented people who belong to an underrated band known as ‘The Indian Ocean’ which is an Indian rock band formed in New Delhi in 1990! Yes, it’s been 30 years since this exuberant band is weaving its magic on the stage but haven’t got the appreciation they deserve.

The problem lies in the very fact that people in India prefer non-nonsensical songs like Sunny Sunny (Blue hai paani paani..) which apparently has around 135 million views on YouTube but on the other hand, a song like Mann Kasturi Re.. hardly has 2.7 million views. It’s pretty evident that they’ve created some wonderful musical content over the years.

To give you more perspective in terms of numbers, even after performing for 30 years in India, Indian Ocean just has 20 thousand odd followers on Instagram which clearly states their underwhelming popularity. That is where we are collectively going wrong. It’s about time we appreciate meaningful music and more importantly acknowledge artists who pour their hearts out in producing beautiful compositions.

I was perplexed at the kind of music these guys delivered when I first stumbled upon the Indian Ocean band and their songs in 2014. But after listening to the Indian Ocean for almost 6 years now, there’s one thing that I an say for sure- ‘Let the songs and the lyrics sink in’. It takes time to understand soulful music.

Initially, the songs might not sound catchy but let me cite a personal example. The song ‘Tandanu’ is a fusion in Kannada which was beyond my comprehension as a Maharashtrian. But only when you listen to such songs over a period of time do you start understanding its depth.

Songs composed by the Indian Ocean has the capability to change the vibe. And to top it all, the lyrics hit you hard. The band didn’t fail to make its mark in Bollywood by composing songs for movies like Masaan, Peepli Live and Black Friday. I feel songs like ‘Mann Kasturi Re..’ and ‘Tu kisi Rail si’ are utterly blissful whereas songs like ‘Bandeh’ and ‘Zindagi se Darte ho’ are just intense and vehement which goes on to show their wide spectrum under which they operate.

Even though I never got an opportunity to witness them perform live, YouTube has always been a saviour in disguise. One peculiar thing that I personally love about Indian Ocean fans is the jam (julgalbandi) between Rahul Ram (Bass Guitar) and Amit Kilam (Gabgudi) wherein they play a small instrumental piece of childhood classics like ‘Nani teri morni’ and ‘Aao Baccho tumhe dikhaye..’ which just brings an ear-to-ear smile on your face.

Apart from Rahul Ram and Amit Kilam, I feel Himanshu Joshi is an exceptional vocalist who sings with great fervour. Tuheen Chakraborty and Nikhil Rao are the unsung heroes of the band who step up with rhythmic percussion beats on the tabla and melodious tunes on the guitar respectively. Even though the current team isn’t the same as the one which started off in 1990, but people like Nikhil Rao and Tuheen Chakraborty who were introduced in the band much later, have done justice to the band.

This isn’t a superficial praise for the aforementioned artists but a token of appreciation for their contribution in the field of music. You’ll probably have the same thoughts once you start listening to their songs. If I were to describe the band in one sentence, it would be- “Soulful Music Personified.”

Indian Ocean songs have that hidden mystic touch which has the power to make your soul calm and yet excited, both at the same time. It’s like a medicine for broken souls. -Srigan Moharir

Here’s a list of my all-time favourite songs by The Indian Ocean:

“A great song should lift your heart, warm your soul and make you feel good” -John Green