9/11 and the clash of civilizations 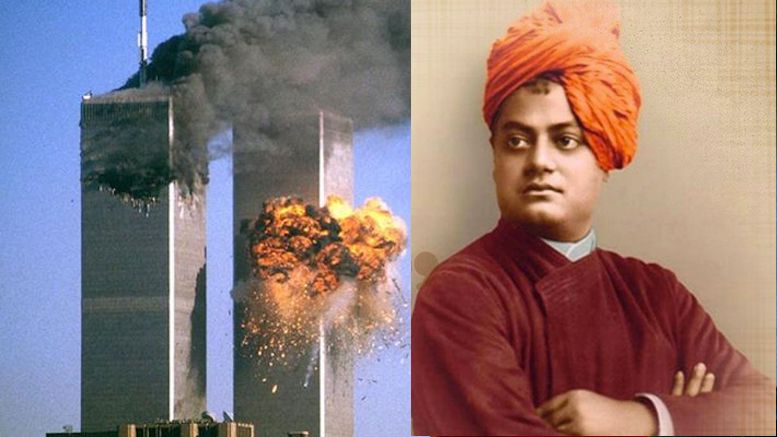 What happened on 11 September 2001 is one of the defining events of world history. On that day, Islamic terrorists hijacked four passenger planes flying over USA. Two planes were crashed into the iconic twin towers of World Trade Center in New York City, one into the Pentagon in Washington D.C, while one crashed into a field in Pennsylvania after passengers overpowered the hijackers. Around 3000 people died as a result of these attacks.

As expected, the sole superpower in the world went after the attackers and some of their backers with a vengeance.

The distant phenomenon of Islamic jihad that USA and the West had hitherto used for their geopolitical interests, had hit their own homeland. One expected the West to realize the true nature of the Islamist threat and go all out. And indeed, a global ‘war on terror’ was launched. Terror organisation Al-Qaeda and the Taliban govt. which had given it refuge in Afghanistan were pounded to dust, and driven out into the lawless tribals areas of the Af-Pak border.

But then, something strange happened. As this twitter thread shows, two key players in the global Islamic jihad project, Pakistan and Saudi Arabia, went scot free. The US govt. led by President George Bush and his pack of neo-cons instead decided to invade Iraq in 2003, under false pretexts of Saddam Hussein’s links to 9/11 and claiming he had developed WMDs (Weapons of Mass Destruction). This invasion completely destabilised an already volatile part of the world, and led to the rise of Islamic State (IS).

The US and the West then funded Islamist jihadis in Libya, some with links to AlQaeda, in order to topple the Gaddafi regime. Once Libya’s regime change was accomplished, they turned their attention to Syria and the Assad regime. Again, dangerous Islamist radicals, including IS, were supported, triggering a civil war that still rages. Thousands of refugees flooded into Europe allowing hardened jihadists with combat experience to unleash terror attacks all over Europe.

It was left to a maverick billionaire elected as President in 2016 to try and fix some of these blunders.

119 years before the twin towers towers were destroyed, on September 11, 1893 a saffron-clad Hindu monk delivered an address at the Parliament of World’s Religion Congress in Chicago, USA. Swami Vivekananda’s soul-stirring message of universal tolerance and harmony still resonates:

As the different streams having their sources in different places all mingle their water in the sea, so, O Lord, the different paths which people take through different tendencies, various though they appear, crooked or straight, all lead to Thee.

Sectarianism, bigotry, and its horrible descendant, fanaticism, have long possessed this beautiful earth. They have filled the earth with violence, drenched it often and often with human blood, destroyed civilization and sent whole nations to despair. Had it not been for these horrible demons, human society would be far more advanced than it is now. But their time is come.”

One would have thought that Swamiji’s words, the law-abiding and hard-working contributions of Hindu diaspora in Western countries, and events of the last century culminating in the horrific 9/11 terror attacks, would have led to a universal realisation as below –

Sep 11, 2001 : Twin towers were brought down by religious fundamentalists.

If all religions teach the same thing, why are their consequences on ground so different?

But one would be wrong.

How the West perceives Hindu and Islamic civilizations

The years since 9/11 have seen an increasing awareness in Western societies about the dangers of radical Islam. While mainstream political establishments in these countries still toe the politically correct line and are seeing increasing infiltration by Islamist immigrants, there is a small but growing section of thinkers and nativist parties/leaders who understand the nature of the Islamist threat.

However, Hindus would be mistaken if they thought that 9/11, and the dozens of Islamic terror attacks ever since on Western soil, would lead to increased empathy for Hindus who are also fighting the same Islamist threat in Bharat.

A dispassionate analysis of Western academic output (exhibit 1, exhibit 2), mainstream media writings (any article on Bharat by NYT, BBC) and Western government actions, show that the West is hostile, or at best apathetic, to Hindu concerns. They want to partner Bharat for trade and in order to attain their strategic goals such as ‘Pivot to Asia’ to check China’s rise, but are not ready to take Bharat’s concerns seriously.

But what are these Hindu concerns, apart from the obvious funding & supply of weaponry to the terrorist state of Pakistan? Actually, in some ways, America’s continued support to Pakistan is understandable from a realpolitik perspective – after all, Pakistan offers them a toehold in a strategically important geography. For that matter, even Russia, Bharat’s all-weather defence equipment supplier, has recently started warming up to Pakistan. This is expected behaviour in geopolitics.

The real threat from the Western bloc to Bharat, which is not even being discussed at the Government or academic level at the moment, is the deep-rooted distaste for Hindu assertiveness and civilizational aspiration. We are constantly reminded to abide by “India’s tolerant traditions and pluralistic democracy” which we are told is “threatened by Hindu nationalism and religious extremism.” So while the West happily deals with theocratic, undemocratic nations all over the world, its finger-wagging at Bharat never ceases to amaze. “You adolescents mind your manners while we adults discuss grown-up matters”, seems to be the directive for Hindus and Bharat.

The elephant in the room is the Christian missionary-evangelical-NGO complex which has its sights set squarely on ‘transforming’ Bharat – the hub of missionary activity within the 10/40 window. These conversion efforts are tacitly backed at the highest levels of Western nations under the guise of ‘freedom of religion’ & ‘social justice’. Routine admonishments to Bharat and clubbing it with Islamic theocracies or dictatorships like China, North Korea, Saudi Arabia and Pakistan show the true nature of the ‘partnership’ the West claims it wants to develop with Bharat.

Some Western academics even claim that the Hindu religion is an artificial construct. The entrenched Hinduphobia in American academia, and the brazen denial of Hindu agency to represent themselves, is now out in the open.

It is hard to escape the conclusion that at some visceral level, the asymmetry in the West’s relation with Hindus compared to its relation with the Muslim world is due to Abrahamic brotherhood. Bharat is the last standing polytheistic civilisation from the ancient world – is that what drives the animus towards us?

But another facet of this situation is the inability of Hindus to set their own narrative and control the discourse around them. NRI Hindus have mostly focused on material progress and sectors like science & technology, finance, medicine, while immigrants of other countries have also invested in politics, humanities, arts and media.

It is also true that no civilization can build a grand narrative without state support. So while China is setting up Confucius institutes, Muslim nations are funding chairs on Islamic studies and pouring billions to spread Islam, Jews and Israel keep a hawk-eye view on any potential signs of anti-Semitism, even Buddhist nations embrace their civilizational roots, 1 billion Hindus of the world are stateless orphans. We don’t have a single state which truly represents our interests. Unless we have such a state, the religious cleansing & persecution of Hindus in places like Pakistan, Bangladesh and parts of Bharat will never be taken seriously by the world.

Painful and tragic as it was, 11 September 2001 set in motion a chain of events which have transformed the world. A ‘clash of civilizations’ is not necessarily a bad thing. Sometimes it can lead to a rethink of ossified world-views and take humanity forward.