11 things a Hindu can do for Dharma and culture 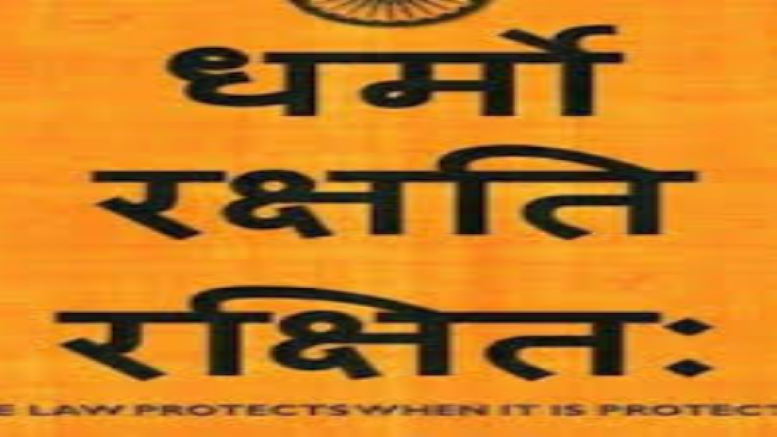 Many Hindus, especially those living in urban areas, have allowed their sense of community to deteriorate over time due to the overpowering allure of Western ‘isms’ – individualism, liberalism, materialism etc. These Hindus live in social islands, interacting only with a small group of friends and/or family, with work & private leisure constituting their whole life. Some of them are now thirsting for their roots.

While the internet has allowed for a virtual community of like-minded Hindus to develop, it is still no substitute for physical togetherness. Inspired by this twitter thread by @__R_a_j_, we list some steps an average Hindu can take for his religion and culture

1.) Vote BJP and vote in every election at every level: Most important thing as of today, political power is very important. Make sure Modi, Shah and Yogi stay in power.

2.) Visit temples at least once weekly and donate there.

3.) Wear any one visible symbol of Hindu Dharma all the time in public; it could be Janeu, Kalawa or Kada on hand, tilak on forehead. For women there are more options like Sindoor, Mangal Sutra etc. The person seeing you should have a complete idea that he/ she is seeing a Hindu.

4.) Boycott businesses by anyone except Hindus and fellow Dharmics. It may cost you a little more but try to understand that even few pennies paid to non-Hindus could be used against your religion. This also includes completely boycotting Halal meat. If you can’t get Jhatka, then eat vegetarian.

5.) Have basic knowledge of Hindu Dharma: Know basic stories of Ramayana, Mahabharat, the 10 Avatars of Shri Vishnu, the stories of Mahadeva and Durga Mata and all the tales related with major Hindu festivals. Teach these to your children.

6.) Know your enemies: Hindu Dharma has way too many enemies like Abrahamic religions and their fundamentalist followers, most political parties, most media and Bollywood. Don’t stay in a bubble and also make other Hindus aware as well. Know the fundamental precepts of Abrahamic religions like their views toward polytheism, ‘idol worship’ etc.

7.) Know your local Hindu leader: He could be from BJP, RSS, Bajrang Dal, VHP, Hindu Yuva Vahini etc. Make sure he is just one phone call away. Make sure you also know where to reach him or his men in case of an emergency.

8.) Avoid friendship with non-Hindus or HINOs (Hindu In Name Only). It is not that difficult to gauge someone’s religious and political leanings, especially on social media. Simple subtle tests like political alignment, views on Ram Mandir, stance on CAA-NRC, whether they accept prasad from you etc. will tell you all you need to know. It may not be possible to avoid such people in social situations, so be polite but maintain your distance.

If you end up becoming good friends with such people, it would force you to neglect what their religion and/or ideology has done to your Dharma and country. Abrahamics have strong belief in converting others, and have no compunction targeting children as well. So keep your family safe. Know about the core Islamic doctrine of taqiya – hiding of true beliefs when living among non-Muslims.

9.) Celebrate Hindu festivals with great pomp and show publicly with family and neighbours: Don’t get stuck in your home. Get to the streets and celebrate with full strength. This is our country, where else will we celebrate Holi or Vijayadashami if not Bharat? Burn crackers on Deepawali.

10.) Shame people when they mock or criticize Hindu Dharma or any aspect of it. Let them know that it has a price to pay and you won’t let them do it freely. It could be done by your close friend or your family member but don’t hesitate to stop them. Your silence means you allow that to happen.

11.) Get involved with a Hindu charity or NGO. Help poor Hindus with money, time and other resources, so that they don’t have to abandon their dignity and ancestral way of life for charity from Christian missionaries. Try to channel your employer’s CSR towards Hindu organisations rather than rich Western NGOs like Oxfam, Save The Children, World Vision etc which directly or indirectly support evangelism and ‘Breaking India’ forces. True sewa which ensures most effective utilisation of your money is being done by likes of Sewa Bharati, Art of Living, Akshay Patra, Vanvasi Kalyan Ashram, Uday Foundation and others – support them. Dig into the background of an NGO before donating – many Christian organisations have surreptitiously adopted Hindu names like Seva, Ashram, Krupa etc. to fool Hindus and as part of the ongoing effort to digest Hindu Dharma.