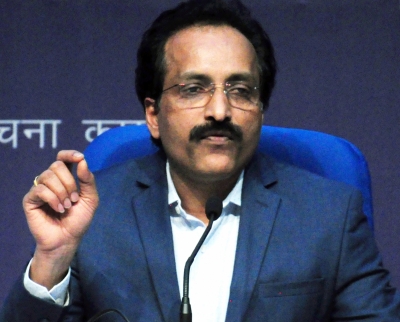 It was an eventful 2022 for the Bharatiya space sector that includes the government and the private sector. The Indian Space Research Organisation (ISRO) and NewSpace India Ltd (NSIL) put into the satellite launch market a heavier rocket with an order size of over Rs 1,000 crore and also launched a couple of its own satellites, said a top official of Indian Space Research Organisation (ISRO).

The space agency transferred its operational assets to NSIL and the latter also selected a consortium to make five PSLV-XL rockets. The private space startups also flew their satellites and rockets during the year under review, S. Somanath, Secretary, Department of Space and Chairman, ISRO told IANS.

However, the bigger news for the government-owned space sector is the successful launch of 36 satellites of UK-based OneWeb in 2022 with ISRO’s heavier rocket LVM3 earlier known as Geosynchronous Satellite Launch Vehicle-Mk III.

“One more similar launch is slated for early next year. We may get launch contracts for OneWeb’s next-generation satellites. With enquiries coming as to the availability of LMV3 for launches, we have to see on increasing its production say five or six per year,” Somanath said.

“Production of heavy rockets needs a lead time of a couple of years. Funding options are being studied and NSIL can even ask the customers for an advance payment so that the rocket production can be taken up,” Somanath said.

Even globally the space sector business model is undergoing a change with governments moving out and allowing the private sector in as the former model is not sustainable in the long run, the ISRO Chief added.

On the technology transfer, ISRO has transferred its know-how for the Indian Mini Satellite Bus to about six players and to about 10 companies the lithium-ion battery, he said.

On the R&D side, Somanath said ISRO has ramped up activities and is working on several new technologies whose outcome will be known sometime next year.

The space agency is researching additive manufacturing (3D printing) which is a tricky subject as one has to understand the material. A lot of work has gone in at the Vikram Sarabhai Space Centre (VSSC) and the space agency can create more professionals in this field.

“We are also working on new materials like the magnetic materials, special glasses, development of high-temperature tolerant materials that would find use in the reusable launch vehicle or reusable rockets,” Somanath said.

For Bharat’s human space mission Gaganyaan, ISRO has decided to develop the environmental life support systems instead of an earlier plan of importing the same.

The other major area of work is the software-driven satellites – satellites whose purpose can be changed with software. The satellite is in R&D mode and may take two/three years to get ready, Somanath said.

“The ISRO is also focusing on developing electronics for its satellites and also on using the commercially available electronics with suitable upscaling and a start was made with the SSLV rocket’s electronic components which will also bring down the production costs,” Somanath said.

Continuing further, he added that ISRO has also developed the atomic clock that will be fitted in the navigation satellites. The first clock is ready to be fitted.

On the update on the NavIC constellation, he said Bharat has to launch only three to make the constellation complete. Out of the eight NavIC satellites that have been launched, one is not working and in some others, the atomic clock is not functioning.

“We are working to get the Indian government’s permission to launch one NavIC satellite next February. We are also looking at the long-term plan. We are building five more NavIC satellites as replacements for the existing ones. The five satellites will have a new frequency for civilian use. Further, communication security is beefed up for use by the strategic sectors,” Somanath said.

On the status of the reusable launch vehicle (RLV), he said the test landing planned for 2022 was not possible as the helicopter that would lift it and release it from the required heights was not available.

As per the policy, private players can build their infrastructure on ISRO’s land. The Agnikul Cosmos’ launch pad is only for test launches. They will have to have their own launch infrastructure or use ISRO’s facility in Sriharikota.

On the technology transfer, ISRO has transferred its know-how for the Bharatiya Mini Satellite Bus to about six players and to about 10 companies the lithium-ion battery, he said.

Damage in the soft seal in a critical valve of a GSLV rocket resulted in the failure of the GISAT mission in 2021 stated the Failure Analysis Committee.

The ISRO has developed a microprocessor-controlled knee (MPK) which is ten times cheaper than imported ones.

The Indo-French ocean observation satellite EOS 06 and eight other nano satellites were orbited by the PSLV-C54 rocket.