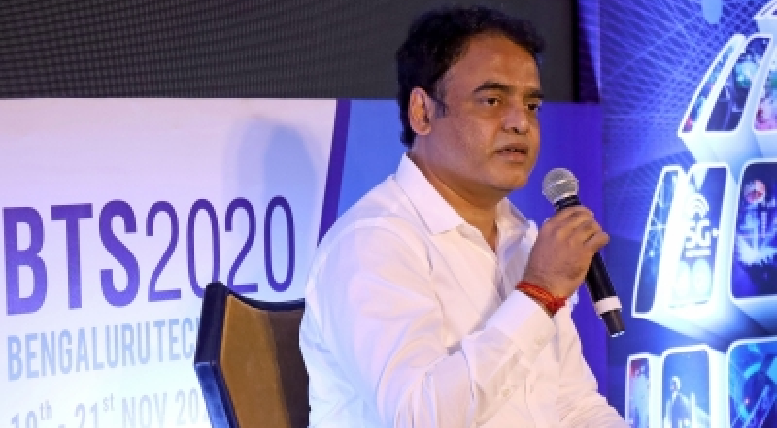 “The accelerator will boost collaboration between India and France in the field of innovative technology and enable Indian start-ups to become part of the global ecosystem,” said Narayan on the occasion.

An agreement was also signed on the occasion between Indo-French Chamber of Commerce and Industry (IFCCI) and Karnataka Innovative & Technological Society to implement the accelerator programme between the two countries.

IFCCI is a member of CCI France International, a network of 124 French chambers of commerce and industry in 95 countries, with 37,000 member companies the world over.

“As a major destination for French firms, Bengaluru hosts global French software Capgemini, Gemalto, Technicolor and 3DS among others. IT services provider Atos, which has 20 per cent of its global workforce in India, also operates from this tech hub,” said Narayan, who holds portfolios of IT, BT, electronics and science and technology.

Noting that Karnataka had been a pioneer in framing sector-specific policies to promote IT, BT, Electronics System Design and Manufacturing (ESDM) and Animation, Visual Effects, Gaming and Comics (AVGC), the minister said global firms invested $49.7-billion in the state over the last 2 decades.

“Our IT department and French consulate have been associated with various programmes between the two countries to promote collaborations,” he added.

Le Drian, who flew into the city from New Delhi earlier in the day, visited the Bangalore Life Sciences Cluster, comprising National Centre for Biological Sciences, Centre for Cellular and Molecular Platforms and Institute of Stem Cell Science and Regenerative Medicine.