How learning Sanskrit literally expands and improves the brain 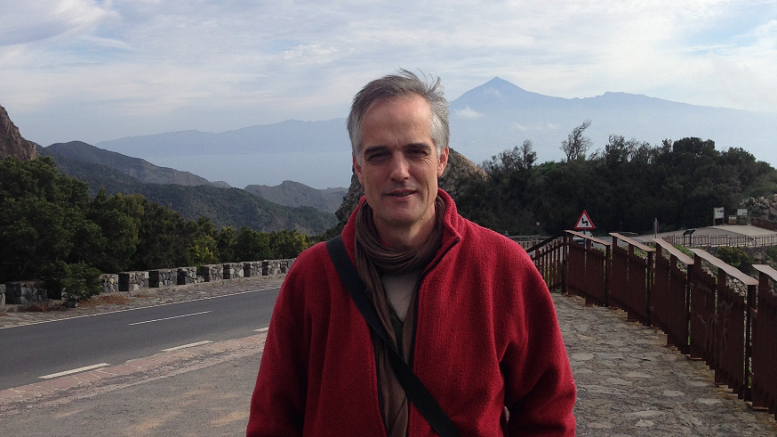 Dr. James Hartzell studied Sanskrit and India studies at Harvard and Columbia University. He then went on to do cognitive neuroscience research at the University of Trento (Italy). His work shows that people who memorize long Sanskrit texts have brains that literally expand and become better with sharper memory and cognitive skills.

His research paper shows results of tests done on a group of verbal memory specialists to determine whether intensive oral text memory is associated with structural features of hippocampal and lateral-temporal regions implicated in language processing. Professional Vedic Sanskrit pandits (priests) in Bharat train from childhood for around 10 years in an ancient, formalized tradition of oral Sanskrit text memorization and recitation, mastering the exact pronunciation and invariant content of multiple 40,000–100,000 word oral texts.

It must be noted that increased grey matter density is not the same thing as increased grey matter volume (“expansion”) — in fact the researchers found a slight decrease in the volume of the right hippocampus in pandits when they did a volume-specific analysis. Differences in hippocampal morphometry matched those previously documented for expert spatial navigators and individuals with good verbal working memory.

The findings provide unique insight into the brain organization implementing formalized oral knowledge systems. He told Grin why his research is a breakthrough.

1. How long and to what extent have you studied Sanskrit and what first brought you to study Sanskrit?

Since then I have continued part time work translating from Sanskrit and Tibetan, and I have a translation forthcoming from the American Institute of Buddhist Studies and Columbia University Press. Since I have taken complete breaks from work with Sanskrit at several points in my career it is difficult to quantify the exact length of time.

What first brought me to study Sanskrit is amusing: one of my brothers (who is now a Sikh yogi and yoga teacher) became interested in Eastern studies — we were roommates at home and I started reading some of the books he had collected. I then spent a year as an exchange student in England (at The Rugby School) and my housemaster there introduced me to more material about the eastern traditions.

When I arrived at Harvard as a freshman I decided to take a comparative religions course. I was drawn most strongly to the eastern traditions — Hindu, Buddhist, and Taoist, and I decided initially to major in Comparative Religions. We were required to choose one scriptural language to study, and I chose Sanskrit since both the Hindu and the Buddhist traditions have strong Sanskrit roots, so I thought this language would give me the best access to both of these very large traditions.

I was also frustrated by the multiplicity of English translations for Sanskrit terminology that appeared in secondary sources, so I wanted to learn the language for myself and see what the original meanings were. Soon after starting my sophomore year I became frustrated with the approaches typical of comparative religion studies, and I decided to major in Sanskrit and Indian studies.

This was over the objections of both my parents and the head of the Sanskrit department — I later learned that I was only the third person in the history of Harvard to major in Sanskrit as an undergraduate.

2. When you began to start learning long Sanskrit texts by heart, as is traditionally done, what did you observe about your learning capabilities?

I have never learnt a Sanskrit text by heart, as is traditionally done. At Harvard and Columbia we were trained as translators, using the traditional training methods used in western universities for classical languages — we were not trained to speak, write, or recite the texts, but simply to translate them from Sanskrit into English.

The lack of use of spoken (or recite) Sanskrit I found unfortunate, since, as I later learned, Sanskrit is still, and always has been, a living language in Bharat— there have always been Sanskrit speakers and reciters, although the total number is relatively small compared to other languages.

It’s difficult to parse exactly what the specific effect of learning to translate Sanskrit has had on my learning capabilities — it would be an interesting scientific study to try and identify such an effect, though perhaps difficult to do. What I have noticed is that if I work intensively in Sanskrit then my mind seems to shift gears in a fundamental sort of way.

Sort of like getting into a car and driving as compared to walking, or going swimming as opposed to walking on dry land. The effect of thinking in Sanskrit is really interesting — I find my mind somehow works more fluidly. One time, when I was working in South Africa on one of the committees of the Medical Research Council Board of Governors, a colleague (I believe he was a cardiologist) turned to me and kindly said that he had never met anyone who had such an ability for lateral thinking as I demonstrated regularly in those meetings.

Other times ,when I was taking cognitive science courses in the masters program in Italy, my fellow students (some of whom are still very good friends) would corner me and ask — okay, how do you do that? You remember exactly the words the instructor has used, and you can ask them questions quoting them back to themselves? I wasn’t able to answer my friends on this point.

3. What did you find our engaging and enriching about the Sanskrit texts?

The Sanskrit tradition is very deep and rich. I have been told that the volume of Sanskrit texts still just in manuscripts in institutional and private libraries all over Bharat exceeds by many multiples the entire corpus of ancient Greek literature that played such an important role in the development of modern western civilization.

There is extensive Sanskrit literature in yoga, mantra, philosophy, ritual, poetry, drama, music, history, myth, ancient astronomy and astrology, mathematics and many other disciplines such as traditional Ayurveda medicine. For some reason I’ve long been drawn to the tradition.

After years of study and reading I think that probably the most engaging domains for me are those that relate to the person — i.e., how are we who we are, how are we constituted physically and mentally, and what are the potential dimensions of us that can be developed and enhanced.

4. Why did you decide to run MRI scans and other scientific study of the brains of Sanskrit pandits (priests) used to learning, memorizing and reciting long texts?

Given my own experiences as a Sanskrit-to-English translator and longtime student of the Sanskrit and Indic traditions, as I was trained as a cognitive neuroscientist I wanted to try and begin to scientifically investigate what I’ve called the Sanskrit effect: why is it that when working in the language I experience such significant shifts in cognitive function?

5. Tell us the process in which you went about doing this study: how many people (Sanskrit scholars/priests) did you run scans and tests on, and what were the most astonishing results and revelations?

The details of some of this are in our Neuroimage paper. We scanned 21 professionally qualified Shukla Yajur Veda pandits from the Delhi region (since this was the population available that was closest geographically to the NBRC scanning facility) and 21 controls matched for age, gender, ethnicity, multilingualism, handedness and eye dominance, and approximate education levels.

There were several results that were impressive. First was simply the extent of the changes in grey matter density and cortical thickness. Over 10% of the neocortex in pandits had more grey matter density than the controls. One could even see the difference in the raw data scans early in the data analysis before the final results, particularly in the prefrontal cortex where we found a huge cluster.

The extent of the relative increase in grey matter density of the pandits’ cerebellum was also remarkable — over one-third of the entire cerebellar grey matter.

6. What do these results mean for medical and educational science? Are they are breakthrough?

It’s difficult to say at this point what the results could mean for medical and educational science. Certainly the between-group differences we documented are dramatic and suggestive. One important point is that they demonstrate very clearly the remarkable structural plasticity potential of the brain — the mere fact of the extent of the group differences we documented indicates that the brain has a much larger and more complex structural plasticity potential than has been previously considered.

While the blog piece focused on the memory-related brain structures involved and the possible implications for verbal-memory related pathologies, we documented in the Neuoimage paper many other remarkable differences with other implications.

For instance, the very large relative increase in the pandit orbitofrontal cortex is interesting: my PhD examiner in Italy pointed out that that region is involved in cognitive control (among other things) and that they had noticed in their clinical work that criminals tended to have diminished grey matter in the same region suggesting that the loss of grey matter in this area was associated with loss of impulse control.

7. Your findings are likely to have an impact on cures for neuro-diseases like Alzheimer’s too, you have suggested. Please tell us more about this.

I am not a specialist in verbal memory-related pathologies such as Alzheimer’s, but from what I know it’s pretty clear that Alzheimer’s, Mild Cognitive Impairment, Semantic Dementia, and Aphasic anomia typically involve degeneration of the medial temporal lobes and related brain structures and circuitry.

There is also evidence from other studies that certain types of cognitive training can increase grey matter density in these same regions. This suggests that some version of the type of mental and physical practice the pundits use (i.e. the memory dimension, the training dimension, and the recitation aspect) could potentially have a beneficial effect.

This would need to be carefully researched and tested to find out — right now we have just a suggestion.

(The story was published on grin.news and has been reproduced here with minor edits to conform to HinduPost style guide.)