Why only Hindu Dharma mentions the universe but no other religion? 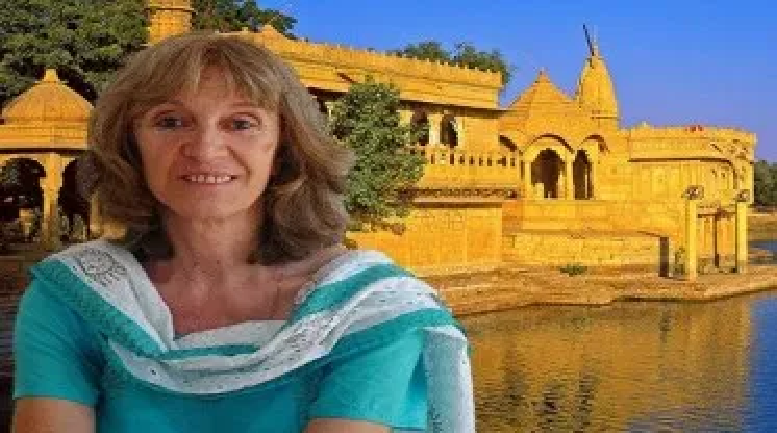 Did we ever notice that only Hindu Dharma mentions the universe? The reason is that only Hindu Dharma knows about the vast dimensions and the huge time frames of the universe of which our earth is just a speck. Ancient cultures like Maya, Inka, Sumeria, and others may also have reached out to the stars, but they were all destroyed either by Christianity or by Islam, and Bible or Quran were enforced as “the truth”.

Only Hindus have still preserved this knowledge which in all likelihood originated in Bharat itself. There are still millions of valuable ancient texts in Bharat, even though millions of others were burnt by invaders on the premise that only one book is needed. In Greece in contrast, there are estimated to be only some 20,000 texts.

Surya Sidhanta is a major text with incredible knowledge about the universe dated – hold your breath – at least 10,000 years ago. The ancient Bharatiyas knew that the earth is round or rather elliptical, that it goes around the sun, they knew the distance to the sun and moon; they knew that the distance is 108 times the respective diameter – the reason why sun and moon appear of the same size from the earth. Their knowledge was truly inspired or ‘God-given’.

The Puranas (purana means old and according to tradition were composed by Veda Vyasa around 5000 years ago), which are often dismissed as mere myths, are also a treasure trove of knowledge. They talk among other things about the creation of the universe (the ‘Big Bang’ and ‘expanding universe’ theory were in all likelihood inspired by them) and about the periodic withdrawal after billions of years, about the original, unmanifested One Source and the gods in charge of creation, sustenance and dissolution, who evolved from the One Source. Clearly, the ancient Bharatiyas were at home in the universe.

The Srimad Bhagavata Mahapurana even claims that there are ‘myriads of universes’, a view which may now be taken more seriously by science after certain experiments in Antarctica had strange results. The timescales which the ancient Bharatiyas proposed are incredibly huge.

Now compare this with the Abrahamic religions. Judaism, the parent religion, as it were, of Christianity and Islam claims that the earth is some 6000 years old. Christianity and Islam didn’t challenge this view. Both did not look beyond this earth and actually hold very primitive ideas about it. Christianity taught that the earth is flat and static and that the sun moves over it until 400 years ago. Giordano Bruno, an Italian philosopher, was burnt to death in 1600 CE because he refused to disown the theory that the earth goes around the sun. Imagine – he was brutally killed for stating the truth and only 400 years ago…

Islam too considers the earth as flat and mountains were placed to stabilize it (Q19.15). Like Christianity, Islam also says that not the earth, but the sun moves, and runs to its resting place at night. There was clearly no idea about the vastness of the universe, as Q 67.5. says “We have decorated the heaven of this world with lamps and we made them as missiles for pelting the shaitans and thus prepared for them the scourge of flames.”

So naturally, these religions don’t mention the universe, because they had no clue about it. It is truly unfortunate that they dumbed down the intelligence of the human race. They destroyed the natural urge to discover the truth about us and the universe. Only since Christianity lost its power to punish views which are not in tune with the teaching of the Church, science took off in the West.

There is no doubt that the sudden tremendous progress of science in the recent few centuries was greatly inspired by Bharatiya knowledge. Some western scientists themselves acknowledged this. Einstein said “We owe a lot to the Indians.” Famous scientists like Heisenberg, Schroedinger, Oppenheimer or Tesla studied India’s ancient wisdom. And Mark Twain opined: “Our most valuable and most constructive materials in the history of man are treasured up in India only.”

Even in the 1970s and 80s, Bharat’s wisdom had a rather good image, after the Beatles were inspired by Maharishi Mahesh Yogi’s Transcendental Meditation. The contribution of Bharat, for example, to Transpersonal Psychology was also acknowledged at that time, yet was meanwhile erased at least from Wikipedia.

However, in our modern times, this has changed. Hindu Dharma and Hindus, especially Brahmins, who preserved the knowledge system over many millennia, are unfairly vilified and ridiculed by the mainstream religions. They are accused of ‘oppressing minorities’, of ‘rape culture’ and even of terrorism. It happens rarely that anything positive is said about the Hindu tradition, when it actually produces the most humane mind-set, as it is based on Dharma, which means to do what is right under the given circumstances.

Are the institutionalized religions afraid that they lose their followers, if they come to know about the knowledge still stored up in Bharat?

(This article was first published on the author’s blog on June 20, 2020 and is being reproduced with permission, after minor edits to conform to HinduPost style-guide)