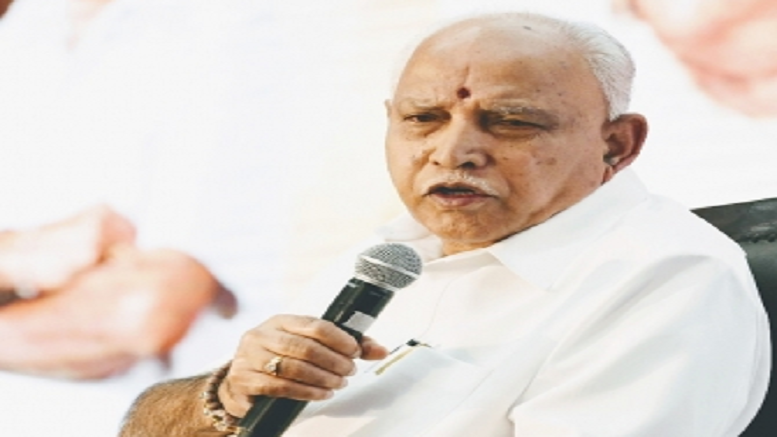 Taking serious note over media reports about neighbouring Kerala state renaming some of its villages on bordering areas, Karnataka Chief Minister, B.S. Yediyurappa on Monday said that he would write to his counterpart Pinarayi Vijayan, appealing him not to rename villages situated on bordering areas.

A section of media reports stated that Kerala was mulling over renaming villages situated in one of its districts, Kasaragod, which shares a border with Magaluru and Udupi twin coastal districts of Karnataka.

A statement released by the Chief Minister’s Office (CMO) here said that he would write to Vijayan that it was not right to rename villages whose Kannada names bear cultural and historic significance.

The statement also added that Kannadigas and Malayalis live in harmony in the Kasargod and Manjeshwara regions.

Meanwhile, opposing Kerala’s decision, Kannada and Culture minister, Aravinda Limbavali said that Kannada speaking people live in large numbers in Kasaragod and Manjeshwara talukas of Kerala. “They speak Kannada and also follow Kannada culture for several centuries. Kannada names of every village reflects this cultural ethos of these residents. The people too are emotionally attached to these names. Therefore, Kerala should not rename any village of these talukas,” Limbaval told reporters while reacting to the controversy.

After this news broke, Janata Dal (S) strongman H.D. Kumaraswamy appealed to Kerala to reconsider its decision to rename villages and retain the original Kannada names.

“Kasaragod has remained as a symbol of linguistic harmony and coexistence. Kannada and Malayalam-speaking people are in equal numbers in Kasaragod, they are living in a harmonious manner. They have never quarrelled over language issues. There is a dire need for us to protect such a harmony in future also. In today’s times marked by politics being played on emotions, it is inevitable to protect linguistic harmony,” Kumaraswamy said in a series of tweets.

He also wrote a letter to Pinarayi Vijayan on Monday asking him to not rename the villages.