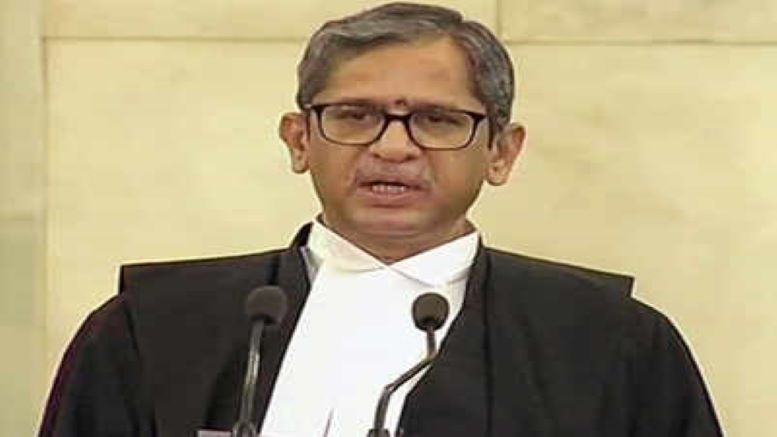 2093 women lawyers from across the country have written to the CJI NV Ramana asking him to take cognizance of the post-poll violence in West Bengal. The lawyers requested the CJI to constitute an SIT (Special Investigation Team) owing to the serious law and order situation, appoint a nodal officer to register complaints, and ensure the formation of fast track courts among other things in their petition.

The women lawyers who hail from different states and union territories of Bharat, including those from Bengal, have requested the CJI to take cognizance of the post-poll violence in Bengal and the breakdown in law and order that hasn’t even spared women and children. The lawyers have also pointed out that the West Bengal police is guilty of being hand-in-gloves with the goons due to which victims weren’t even able to lodge complaints against the perpetrators.

The petition said “the incidents of violence have shackled the conscience of thousands of women lawyers across the length and breadth of Bharat” while adding “police is hand in gloves with the goons and the victims are not in a position to even register their complaints. There is a complete breakdown of the constitutional machinery in the State. Even the media is silent for the past few days and not showing the true and current picture of the State of West Bengal.”

Drawing attention to the deplorable condition of the citizens of Bengal in the backdrop of unprecedented violence since May 2 when the results were declared, the women lawyers have placed the following plea before the CJI:

Ever since the Mamata Banerjee-led TMC (Trinamool Congress) returned to power, Bengal has witnessed unprecedented violence where BJP members and supporters, in particular, have been victimized. The violence that began on 2 May is still ongoing while the mainstream media has conveniently turned a blind eye.

However, the instances of violence and sexual assaults are both horrific and shocking such that they’ll certainly shake the faith of any Hindu in the country’s democracy. It is hoped that the petition would draw judicial attention to the plight of Bengal citizens who are being assaulted for merely having a different ideology.